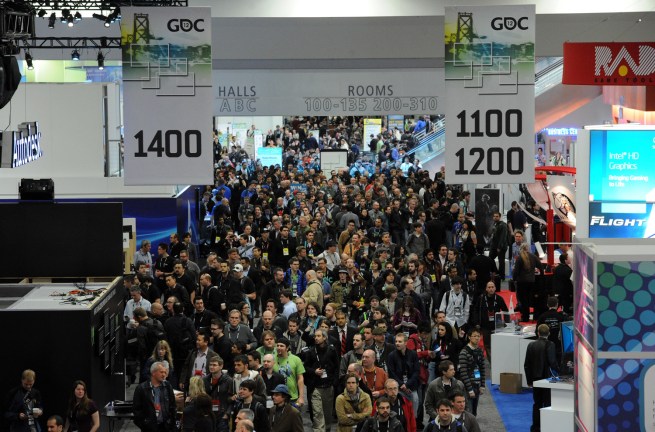 Updated 3/30/2013 @ 9:41 a.m. with YetiZen’s statement. This post previously implied that YetiZen held its party on Wednesday. We apologize for the error.

Tuesday, the International Game Developers Association held a party for members of the industry after the day’s sessions at the Game Developers Conference in San Francisco. Today, the organization is dealing with fallout from its members and others who are upset that it decided to employ women dancers in revealing clothing to entertain the guests.

I resign as co-chair of the IGDA Women in Games SIG effective immediately. #1ReasonWhy.

“I went home last night to work on my Friday GDC talk feeling super-uplifted by the turnout and support for the #1ReasonToBe panel,” Romero said in a statement to Polygon. “I woke up to direct messages [on Twitter], texts, and links to news of the IGDA party. It really saddens me. I have been a long-time supporter of the IGDA. However, my silence would have been complicity. I had no choice. And just hours after our panel, too.”

“As many of you know, the IGDA was a co-presenter of the YetiZen party Tuesday evening,” IGDA executive director Kate Edwards wrote in a statement. “We recognize that some of the performers’ costumes at the party were inappropriate, and also some of the activities they performed were not what we expected or approved. We regret that the IGDA was involved in this situation.”

“We do not condone activities that objectify or demean women or any other group of people,” she wrote. “One of the core values of the IGDA is encouraging inclusion and diversity. Obviously, we need to be more vigilant in our efforts. We intend to be so in the future.”

According to Kazemi’s Twitter feed, YetiZen, a mobile-funding incubator, sponsored the party and hired the dancers. The company also did something similar last year for the IGDA party.

Kazemi made it clear that he is speaking as an individual as he no longer represents the IGDA.

“I had massive reservations using YetiZen as our sponsor the second year in a row after they burned us last year by using scantily clad women,” Kazemi wrote on Twitter. “But I did not speak up about them internally because I did not want to rock the boat with like, 2 weeks left in my term. For that, I’m sorry.” 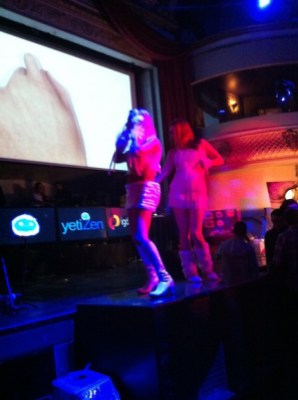 On Saturday March 30, YetiZen chief executive officer Sana Choudary posted a response to this report. She counters many of the claims and takes issue with some in the press conflating the YetiZen/IGDA party with another party on Wednesday held by developer Wargaming.

Choudary also counters Kazemi’s claims that YetiZen “burned” the IGDA in 2012. She claims the company had no involvement with the IGDA prior to 2013. The executive also published an email from the IGDA’s Kate Edwards approving the outfits that the dancers were wearing, although Choudary claims they were not dancers at all.

“YetiZen did not hire dancers,” wrote Choudary. “We hired avid gamers, who happened to be models, to discuss gaming with the invited guests. The YetiZen team — myself, my co-founder, and our resident artist — were invited by the rappers, along with our gamer-models, to dance for a few minutes on stage.”

Romero’s #1ReasonToBe panel is a topic that covers reasons women should develop games. It’s a play on the widespread #1reasonwhy Twitter tag that people use to talk about issues of sexism in development and in games themselves. California’s second lady, Jennifer Siebel-Newsom, also held a panel on the portrayal of women in games at GDC.

Two women walked up to me this morning with tears in their eyes and thanked me. Now I have tears in my eyes.