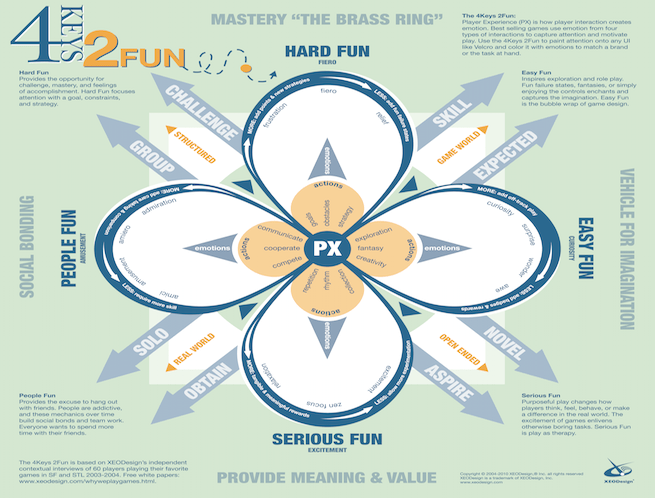 To some people, gamification — the method of applying game mechanics and philosophy to nongaming applications in the real world — is a dirty word. Video games, after all, are more than just their mechanics: Some have elaborate narratives, fantastic musical soundtracks, and appealing graphics that all come together to create a seamless experience. When you strip a game down solely to its mechanics, it can seem cheap, soulless, and even exploitative when it comes to businesses and corporations using gamification for their own interests.

But gamification isn’t about creating games. It’s about enhancing user engagement, something game developers know how to do. And as witnessed at this year’s recent Gamification Summit held in San Francisco, game designers are clearly interested in helping this new industry with its growing pains.

“It’s an exciting moment in design where we are bringing on board a whole new interactive language inspired by games,” said Nicole Lazzaro, the founder and president of XEO Design, via email. “Games have always led interaction design, [such as] pie menus in The Sims to gestures on the Wii and Kinect. What the best and brightest designers…are doing is deeply understanding how player experiences create engagement and then transferring them to new design disciplines.” 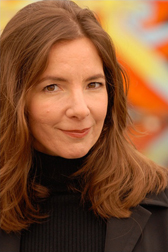 Lazzaro and XEO Design have spent the last 20 years helping companies (both in the games industry and beyond) improve players’ experience with groundbreaking psychological research. This led her to find the “Four Keys of Fun” (pictured above) — Hard Fun, People Fun, Social Fun, and Serious Fun — which is an attempt to identify how games create meaningful engagement with the player. “What we found was that [the] best-selling games had at least three out of the four types of engagement,” she said.

In her GSummit talk, “The Future of Gamification is Emotion,” Lazzaro declared that game design is the “medium of the 21st century,” since games have always been at the forefront of introducing new mechanics and gestures as self-motivating systems. “I don’t think of [gamification] so much in terms of spraying on game mechanics,” she said, “It’s a natural evolution of the language of interaction design. I don’t think people will use the term ‘gamification’ for long.”

Even though the design theories behind games and gamification overlap, this doesn’t necessarily mean they are one in the same. According to Dr. Richard Bartle, a professor in computer game design at the University of Essex, U.K., gamification presents its own challenges. “In my talk, I have an analogy that it’s as if game designers are novelists and gamifiers are journalists,” Bartle said via email. “There is a huge overlap between novelists and journalists — they both write stories using words…. However, they are fundamentally different in that the art behind them is different.”

A similar schism exists between gamification and traditional game design. “Game designers want to express something through their designs,” he continued. “They create games to say something. Gamifiers are more constrained, but there is still the opportunity for art there…. Fundamentally, a game designer is creating a game; a gamifier is creating a not-game.”

Bartle knows a thing or two about game design: In 1978, he co-wrote the first MUD (Multi-User Dungeon), a text-based online virtual world that provided the foundation for today’s massively multiplayer online games (MMOs). In his presentation at the summit, “A Game Designer’s View of Gamification,” Bartle shared his research on identifying the types of people who play MMOs. While his findings aren’t directly related to concerns in gamification, it was meant to illustrate how different types of people find different things fun or engaging. Eventually, gamifiers must discover their own theories and answers. 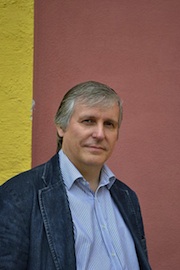 “Established game designers may be the best people right now to create original, bespoke solutions to particular problems,” he said. “But in the long run, you don’t need game designers, you need gamification designers. That’s where the future lies.”

And to Lazzaro, the future of gamification is a tantalizing one: She envisions a world that is made better through play. “Companies around the world are scrambling to add game mechanics to business, replacing social media as the next marketing messiah,” she said. “What they are really talking about is the play-sourcing movement. Play-sourcing occurs when the fun of games is used as a source of human motivation and growth to help people change themselves and change their world.”

This was the design philosophy behind the creation of Tilt World, an iOS game developed by XEO Design. Players collect virtual seeds in the game, which in turn leads to the planting of real trees in Madagascar. It represents just one of the many possibilities of using game mechanics to positively affect the real world.

“Over time, a lot of techniques, such as feedback, progression, and even power ups will be part of the language of interaction design,” Lazzaro said. “From our 20 years of research, [we’ve found that] how interaction and emotion create engagement is universal. We won’t think of it as game design at all.”