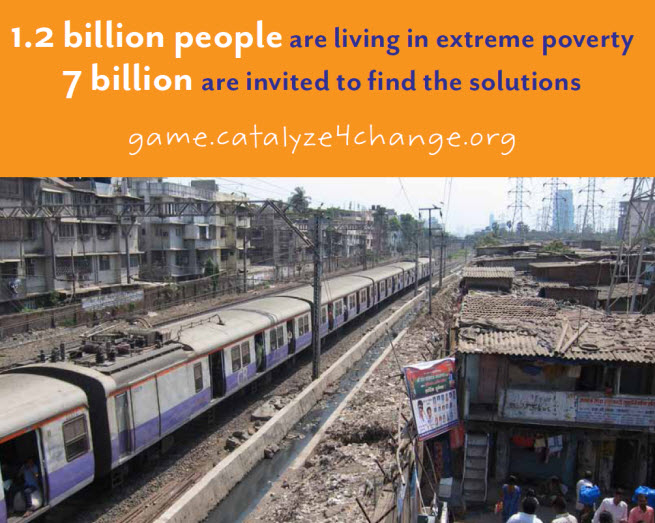 Video games aren’t all about depicting violence. They can change the world for the better too.

The Institute for the Future and the Rockefeller Foundation have created an online game dubbed Catalysts for Change that helps people brainstorm about ways to attack poverty. The game invites players to share their own ideas for helping the destitute or to build upon more than 600 ideas that have been already created by 11 nonprofit groups from all around the world.

Jane McGonigal, designer of the IFTF Foresight Engine platform for Catalysts for Change and chief creative officer at health-focused game company SuperBetter Labs, said that gaming has come a long way from Pac-Man to helping solve global poverty. This big problem affects 1.29 billion people according to World Bank estimates. McGonigal is part of a growing movement of changing the world through games. 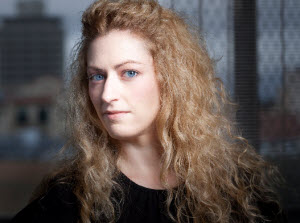 “Games are powerful tools for breaking through the limits of our thinking,” McGonigal said. “They use competition to build cooperation, and as games spread across the Internet, they provide a great platform for linking ideas around the world for a common purpose.”

By using an engaging medium that can hold everybody’s attention, the organizers hope to create a worldwide conversation on a level that has never been done before. The game will trigger real-time collaboration on issues that are relevant in local centers of poverty such as Mumbai, India. The goal of the collaboration is to produce innovations such as improved sharing of housing.

In an email, McGonigal said that the game will be played on the Foresight Engine, which her team created in 2010 as a social “micro-forecasting” platform. It takes a quick idea about the future and gets people to react to it quickly. One person plays a forecast on top of someone else’s forecast, taking the idea a step further.

“By having as many people as possible from diverse backgrounds generate and react to as many micro-forecasts as possible, you can often get to more surprising, and novel, ideas about the future,” McGonigal said.

Catalysts for Change incents a player to make a forecast that no one else has made yet. It also encourages them to take someone else’s idea one step further. To play, all you need is access to a web browser and the ability to read and write in English. Twitter streams are also available in French or Spanish.

The game includes a live workshop on April 3 with social enterprise consultants at Intellecap. Judith Rodin, president of the Rockefeller Foundation, will moderate the forum, and the ideas generated from it will be featured in a live blog. In the San Francisco Bay Area, Rodin will start a conversation with leaders in international philanthropy, development, technology, design, and social innovation.

“The public, private and social sectors have worked to tackle poverty, vulnerability and exclusion for years,” said Rodin. “While the lives of countless people and communities have been transformed as a result, the persistent level of poverty and vulnerability that remains requires new and innovative thinking.  Using technology to engage a new set of actors from all over the world will provide unique perspectives, allowing us to identify new ways to solve problems and address poverty at its root causes.”

Catalysts for Change will be played over just 48 hours using Twitter-like 140-character messages. Players play their cards, which each have one idea. Participants will then build on others’ ideas. The game will offer celebrity awards. McGonigal will select the card or chain that best uses gaming principles to identify concrete concepts that could transform the landscape of poverty. Pre-game missions are available on the Facebook site.

McGonigal is a well-known developer who has worked on titles such as the ilovebees.com campaign, an alternative reality game that promoted the launch of Halo 2, and the social-issue game World Without Oil. She is a fellow at the Institute for the Future research group in Palo Alto, Calif. The Foresight Engine was used before with the engineering group IEEE to solve water access problems, and it was also used with the Myelin Repair Foundation to speed the delivery of new medicines to market.

Players can access some pre-written forecasting material to inspire their own brainstorming. These ideas have been generated as a result of a two-year collaboration. Players can also take on one of four roles: Evidence Collector, Capacity Builder, Rules Architect, or Storyteller. McGonigal says that realizing what kind of role you can take will help you become a better change agent. More than 900 people have signed up already.