Nobody talks about games as lucidly as Will Wright, the creator of blockbuster franchises from SimCity to The Sims. He discussed the future of games at the Game Horizon Live event in a live webcast this week. During his Q&A session, he talked about a wide variety of topics about where games are going.

Wright said that he was inspired by the “Cambrian” explosion of games (as in the meteoric growth of life during that epoch in Earth’s history) that has come from indie game development on app stores for smartphones, tablets and other platforms.

Wright cofounded Maxis and created games like SimCity. EA acquired Maxis in 1997, and Wright went on to create titles like The Sims and Spore while at EA. He left Electronic Arts in 2009 and set up a series of startups. His latest company is Syntertainment, which focuses on creative play and the interaction between entertainment and reality.

Wright has won multiple awards and was inducted into the Academy of Interactive Arts and Sciences’ Hall of Fame. For young game designers getting started, Wright advised them to study nongaming fields so they can get more creative inspiration. Here’s an edited transcript of a portion of the Q&A with Wright at Game Horizon 2013. This is part one of the Q&A and we’ll run part two on Sunday. 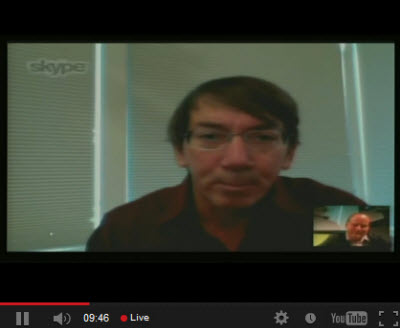 For example, in The Sims, when you hear the people talk, you don’t actually hear them saying anything. You hear this kind of gibberish language. Through a lot of experiments, we determined that we could actually have them speaking in English or some other known language, but they very quickly became robotic and repetitive. That veil of reality disappears. On the other hand, if they speak gibberish, your mind naturally fills in the blanks and imagines a conversation. The Sims have vocal intonation. They have emotion. You can tell if they’re angry or flirting or whatever it is. We don’t hear the exact words, is all. In essence, what we did is we offloaded that part of the simulation into the human imagination.

When I started out in my career many decades ago, it was all about how fast the computer can run. How many pixels can we put on the screen? We were always fighting the machine at every turn to get more performance out of it, to do more tricks. Those limitations, for the most part, have just fallen by the wayside. I don’t feel like I have any meaningful technological bottlenecks or barriers ahead of me. At this point, it’s about how we best exploit the human imagination, the human mind, human creativity, in interesting ways. We’re trying to get somebody’s brain into a certain state that they enjoy. Sometimes it’s a kind of flow state. You’re at this border between challenge, accomplishment, and difficulty. Other times it’s more of a free-form, creative, expressive state, or something where you want to share, more of a social state.

Obviously, we don’t understand very much about the human mind. Game design, in some sense, is applied psychology. We’re hacking human psychology. We’re dealing with these mechanisms in our brains that give us joy, enjoyment. Sometimes it’s through challenge, or through finding patterns, or through solving problems. Our brain is wired to enjoy these things, which fundamentally is the process of learning. Our brain is wired to reward us for learning and pushing our limits and doing things outside of our barriers. Game design is in some ways a process of getting us into that state of expanding our mind.

I can sit there and look at the specs of a computer and understand all the stuff that it can and can’t do. The human mind, though, we have no manual for. That’s uncharted territory. As game designers, this is one of the fundamental ways in which we’re exploring the human mind.

Game Horizon: Which game designers in the world do you most admire? Current or historical?

Wright: That’s a good question. Obviously, [Shigeru] Miyamoto and Nintendo. What I admire most about him is that he always takes the player first. Right off the bat, giving someone the controller – what does it feel like? How tactile and kinesthetic is what he’s working on? It works from the inside out. What’s the first 5 seconds of the player experience? What’s in the next 10 seconds? His games have this craftsmanship around them that’s amazing and unique. Plus, the variety of things he’s done. So I very much admire him.

Also, Peter Molyneux. I think he takes a lot of risks. He’s got this vicarious thing about dealing with little worlds full of little people, which very much matches my sensibilities in a way. Sid Meier, I’ve always enjoyed his games. His games are just playable. They’re like a comfortable chair you sit in. I grew up playing board games and war games and stuff. Sid did as well, so I think Sid in some ways is re-creating our youth, the kinds of games we would play back then. There are lots more. It’s hard to pick them out.

All three of these are from my generation of game designers. There are a lot of other people, up-and-coming people, doing weird, cool, experimental stuff right now. I feel like we have a much wider crop of very skilled, talented designers now than we ever have, which is great for the industry. Partially it’s the result of having all these different platforms. You don’t need the 100-person team. A really smart kid can go out there with a couple of his friends and put an app out on the App Store inside of a year. Some of the greatest designers out there are just getting their start right now. 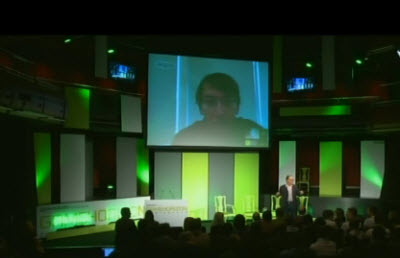 GH: What were the biggest influences for the kind of games that you’ve created – the simulations you’ve built that are more than just mechanical, that simulate life in a way?

Wright: A lot of my influences for my games come from reading, from books. Specific themes and subjects usually are very targeted, coming from academic stuff. I was very inspired initially by Jay Forrester, who was the father of modern system dynamics theory back in the ‘50s. I was reading about how he was trying to take different systems – cities, factories, the whole world – and simulate them. He wanted to deconstruct them into component parts that he could build a model of.

As a kid I spent most of childhood building models – planes, ships, plastic and wood. I started putting in motors and building tanks and stuff like that, which led me to the idea of robots. I bought my first computer to control my early robots. Doing robotics, I started realizing that most of the really hard problems in robotics and AI were software problems.

At the same time, I got very interested in not just modeling the world with static, physical models, but also how to model the world dynamically. Modeling the internal dynamics of the world and the way things work. I’d say that Jay Forrester was a big inspiration down the simulation path. Another inspiration was a Polish writer named Stanislaw Lem, who wrote a lot about micro-worlds, simulating worlds, and the ethics of dealing with these things. A lot of philosophical questions that these little worlds bring up. For the different games I’ve done, for almost every game there’s some major inspiration. Edward Wilson’s work with ants inspired SimAnt. Christopher Alexander’s work on architecture inspired The Sims. So I get most of my inspiration from reading.