Video game industry deals were smoking hot in the first half of 2014 and the second half of 2013, according to data dissected by merger and acquisition advisory firm Corum Group.

The Corum Group analyzed announced deals in the press, and it included both majority and minority deals. Transaction related to both game studios and the larger game ecosystem were included. Only announced or available deal values are included. The billion-dollar-plus deals were excluded only where noted. 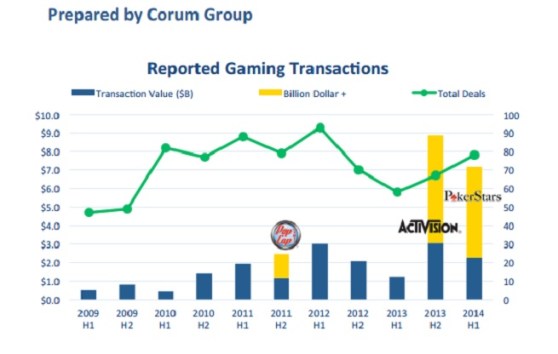