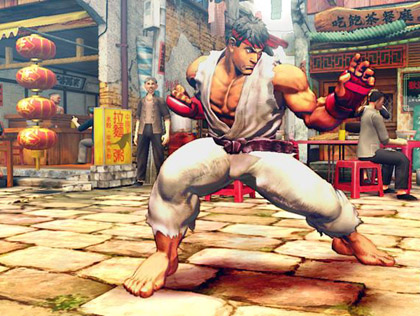 The game industry is humming along. The U.S. video game industry grew 10 percent in February, slower than a month before but still enviable considering the weakness in the rest of the economy.

The sales of console games and hardware grew 10 percent to $1.47 billion in February from $1.34 billion a year earlier  according to NPD Group, a market researcher. In all of 2008, the industry grew 19 percent.

Sales in January were up 13 percent. Growth has been slowing, but I’m sure you can hear a collective sigh of relief that game sales are still growing despite the difficult economy. Consumers are still playing, perhaps to distract themselves, and game companies are still launching outstanding games, like Sony’s Killzone 2.

Previously launched Nintendo titles dominated the charts. Wii Fit, launched almost a year ago, was still No. 1. But Capcom’s Street Fighter IV scored the No. 2 and No. 3 positions for its Xbox 360 and PlayStation 3 versions. Sony’s PS 3 exclusive, debuted in the month in fifth position with 323,000 units sold. I played that game and gave it a glowing review, but clearly it isn’t setting the whole world on fire.

Nintendo said today that Wii Play, which comes with a free Wii controller, has sold more than 10 million units to date. Microsoft had its own big exclusive in the month, but online sales don’t show up in the charts. It launched the downloadable game episode Grand Theft Auto IV: The Lost and the Damned on Xbox Live on Feb. 17. The title was an exclusive and set a one-day sales record on Microsoft’s online gaming service.

March is likely to be another strong month for software sales due to the launches of Nintendo’s Pokemon Platinum, GTA: Chinatown Wars on the Nintendo DS, Halo Wars on the Xbox 360, the two MLB titles on multiple platforms, and Resident Evil 5. Capcom recently said it has shipped 4 million units of Resident Evil 5 into retail. Microsoft said it has already sold more than a million copies worldwide of Halo Wars.

For more about the game market, please check out VentureBeat’s game conference, GamesBeat 09, on March 24.