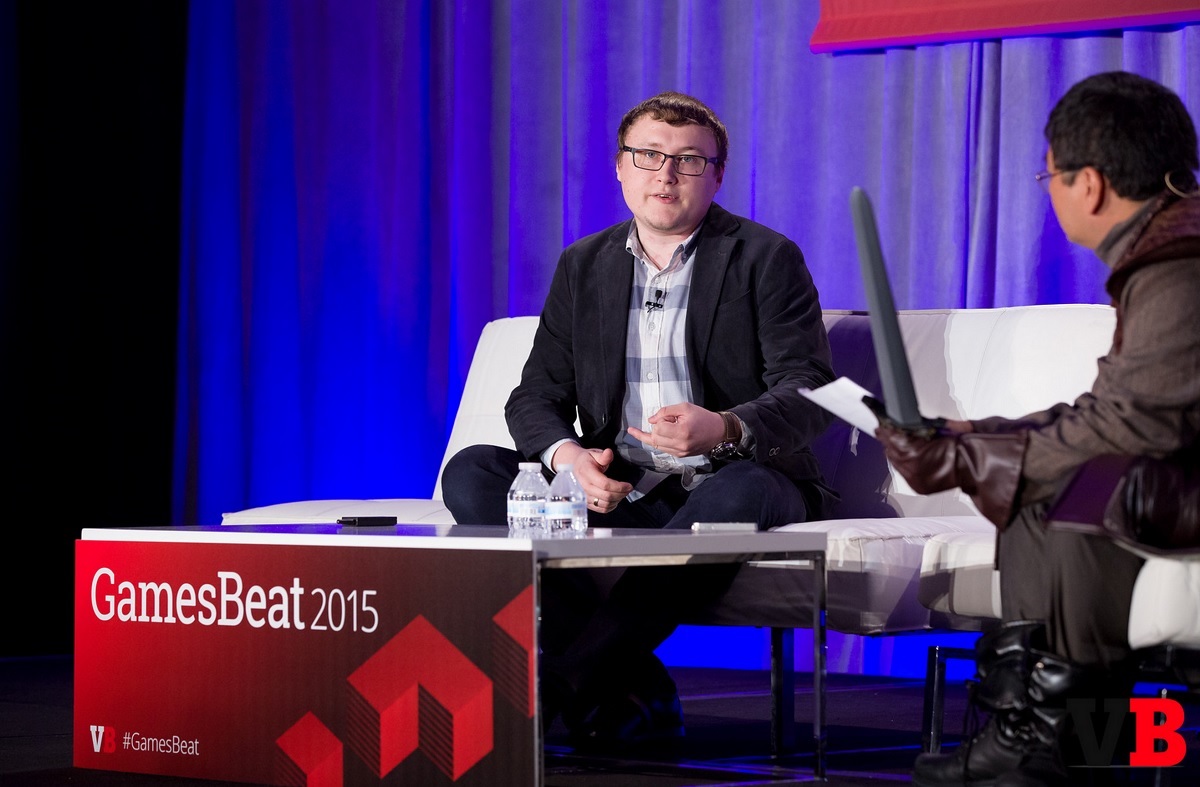 Above: Anatoly Ropotov, CEO of Game Insight, is focused on 3D simulation games on mobile.

GamesBeat: It helps to have nine studios to do that. We heard Niccolo de Masi talking about a portfolio strategy recently, though, and we heard Gabe Leydon talking about how you can only do one game well. There’s some pressure to go where Gabe is. How are you finding the right balance?

Ropotov: We’re making some major bets on multiple titles in development by big teams of 50 people or more, spending more than two years on those titles. Not just one game, but a couple at the same time. That’s in our new vertical, making and defining new game genres. We have a new turn-based strategy game coming out, MMO style, with clans, chats, and lot of interaction.

That’s what players want nowadays. They’re ready for much deeper experiences. Christian had an amazing session about Vainglory. We’re following that example. We hope to be at the center of a few game genres that haven’t yet been pioneered in free-to-play and mobile.

GamesBeat: What’s your own view of eastern Europe as a market, as an opportunity?

Ropotov: It goes up and down. We have crisis cycles in this region. It’s our home market, where we soft launch and beta test a lot of titles. The potential is there. We draw about 10 percent of our revenue from that region. But the U.S., western Europe, and recently Asia have been stronger priorities for us.

It’s a good market to do a lot of things, a cheap way to launch titles and see how the scaling works. But if a country goes through crisis, you see less player spend for new games. That makes it risky to beta test things. We still also do that in Canada, Australia, New Zealand, countries like that.

GamesBeat: How else have you thought about becoming a global company, instead of an eastern European company?

Ropotov: For us it’s all about branding and brand values. The Tribez, which is our biggest franchise, we’re following that up with a new game which we’re announcing in the coming year. It should spark a new wave of interest for the Tribez franchise. The Tribez dinosaur has been our mascot for quite a while, and it’s been very popular this past year. We’ll build up those core brands, and we hope we’ll be known for the characters from our games. That’s going to be a strategy for a couple of our next titles.

Ropotov: Yep. We’ve been excited to showcase and launch that today on Facebook. It’s going to roll out to six platforms. That’s one example of where we take a well-known gameplay mechanic that’s been underserved for hardcore gamers. Amazing tower defense games have been around since Warcraft III. We came back to those old games, to that experience, and created a cross-play experience for all six platforms. We have heroes, clans, chats, daily challenges, tournaments, and things like that. This is going to be a new direction for us to serve those hardcore gamers in a more eSports-like experience. Above: Defend those towers in Cloud Raiders: Survival Arena.

GamesBeat: You’re focused on 3D simulation as well. You have My Country 3D. You haven’t advertised it this way, but it’s kind of a marriage of The Sims and SimCity.

Ropotov: Six years ago we defined what modern simulation-tycoon games looked like. I can’t say that I’m satisfied with what I did six years ago and how it lasted. We came back to the roots of old-school games like Rollercoaster Tycoon, where you could micromanage people and drop them here or there, or Bullfrog titles like Theme Hospital.

We fused that legacy of amazing experiences into a single title, where you could micromanage people on the level of a city, zoom out and see the huge skyscrapers, zoom in and build new things at the same time. We’ve been building the game for almost two years now in close cooperation with Unity. We have a new-generation game engine with endless landscapes.

My Country 3D is going to be one of those crucial points where we try to redefine a stale genre, one where a lot of elements have grown tired for players. Players want something innovative. 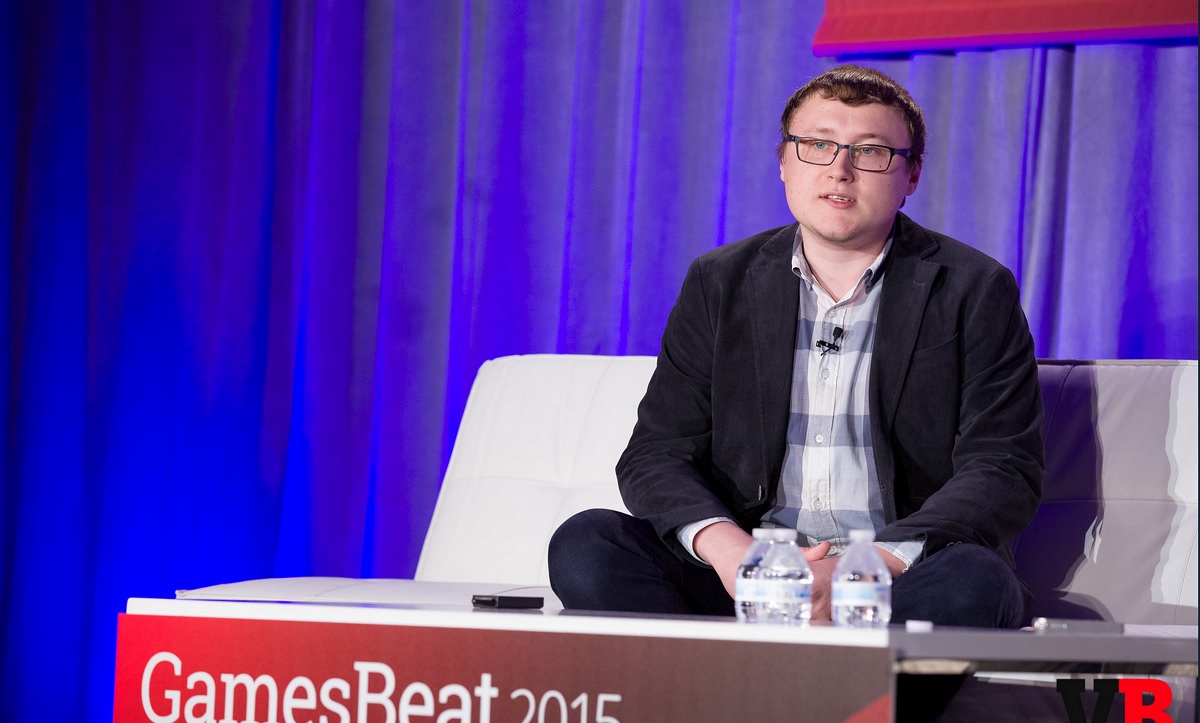 Above: Anatoly Ropotov, CEO of Game Insight, runs a company with nine studios and 700 employees.

GamesBeat: What’s the road map as far as how to do more sustainable free-to-play and serve your customers on a global stage?

Ropotov: We’ll keep releasing games in our existing franchises, as I mentioned, like Paradise Island 2. For our new direction, we have an exciting lineup of 3D games, including X-Mercs, a turn-based strategy game. We’ll have a few more announcements, including something perhaps as ambitious as a first-person shooter. We’ll see how it goes.

GamesBeat: Is this part of your message of constant change?

Ropotov: A lot of us come from an MMO development background. At our previous company, we used to work for Perfect World in eastern Europe. We’ve taken that experience, and with mobile platforms and 4G LTE connectivity, it’s all there. If you look at Vainglory and what they’ve achieved, that couldn’t have been done a few years ago with weaker connectivity.

We want to create the kind of great games that have been operated in the MMO space and help them transcend the mobile experience. We’ll figure out the session play times — will players play for a few hours, or in shorter sessions? We’ll try out the genres that have been underserved in mobile and see if we can nail a few of them down. 3D graphics, MMO-like gameplay, clans, twitch integration, these are all the check marks we’re ticking off.

All of this is cross-platform. For all of our franchises, we want to have the broadest reach into the audience that we can. Most of our games are on five or six platforms, on mobile and desktop.

It’s hard to find an equilibrium in monetizing players and making titles sustainable from a revenue perspective, so the team can continue to create content that will serve those players. We want to have enough experiences for players to keep playing for a long time. We’ve yet to find that equilibrium for every title and every genre, but we’re making some bets in an exploratory direction. It’s a little scary, but we’re excited about the prospects.