But many tactics of the successful leaders reflect a “slash-and-burn” mentality. They squeeze consumers for more money and put “pay walls” that block gamers from making further progress. Anatoly Ropotov, a seasoned game developer who became CEO of Game Insight in 2014, believes this behavior is short-sighted.

Ropotov has never shut down a mobile game just because it’s starting to lose players. And he has developed a credo of “sustainable free-to-play,” or running games in ways that generate good will among players. This includes enabling offline play, constantly updating game content so players have more choices, and delivering high-end simulation games that are graphically on the cutting edge.

So far, it has worked. The company has had more than 300 million downloads to date, it has grown to nine studios and more than 700 employees. The studio has launched popular franchises in simulation and hardcore mobile such as The Tribez and Paradise Island and recently announced a duo of games – Cloud Raiders: Survival Arena and My Country 3D.

I interviewed Ropotov in a fireside chat about this philosophy at our GamesBeat 2015 conference. Here’s an edited transcript of our interview. 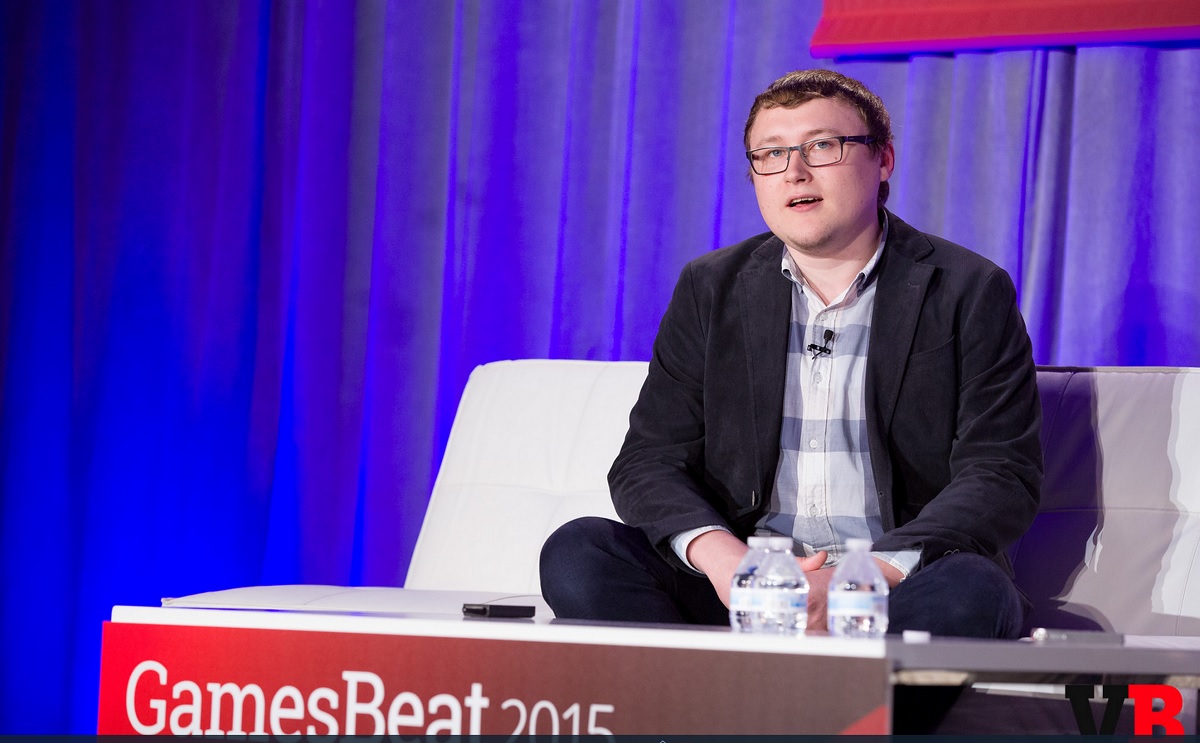 Above: Anatoly Ropotov of Game Insight is proud he has never shut down a free-to-play mobile game.

GamesBeat: You guys have gone through some changes in your move from Moscow to Vilnius. Can you talk about that?

Anatoly Ropotov: Originally I come from Riga, Latvia. That’s where I worked for my first studio. Our roots come from that region, a lot of our staff. This was more about making the change to become a truly global developer. We’ve had revenues from the U.S. and western Europe dominating our positions from day one. We’re making a move to become more transparent and open, both to the public and to potential investors.

Ropotov: Exactly. It’s easier to do business out of this region.

GamesBeat: Tell us more about Game Insight. You’re very well-known in eastern Europe, and you have 300 million downloads to date.

Nowadays it’s much harder to get noticed, with so many new brands out there. For us it’s our heritage titles, franchises like The Tribez and Mystery Manor, which are some of the most well-known titles in their genres. That’s crucial.

GamesBeat: You guys are very big in the simulation games business.

Ropotov: We are. We have more than 10 games in operation across five platforms. Paradise Island, one of our biggest games, has more than 50 million downloads. We recently launched a sequel to that. We have a portfolio strategy, where we keep launching new games in this genre every quarter or so. Players move from one game to another as they update. It’s a big vertical for us. We keep supporting those players and those games on a constant basis.

GamesBeat: You call this “sustainable free-to-play.” Can you explain that?

Ropotov: It’s a term I coined to explain how to build a long-lasting franchise — launching something six years ago and just keeping on updating it, keeping the focus on the player experience.

There are three pillars to that. The first one is never shutting down a game. Lifetime we’ve launched more than 40 titles and most of those games can still be played. Some of them have restrictions on downloading, but players who have these games on their phones can keep playing. That’s very important from a brand perspective. Too many companies sunset games in a really nasty way, and they erode at their brand value by betraying their core audience of players. We want to keep our games running for years to come.

The biggest part of that is figuring out how the industry reinvents itself every year. We started as a social games company. We made our first moves into mobile gaming in familiar categories, and then created cross play between our Facebook and mobile games. We have a broad spectrum of experiences for our franchises. That’s another key point. 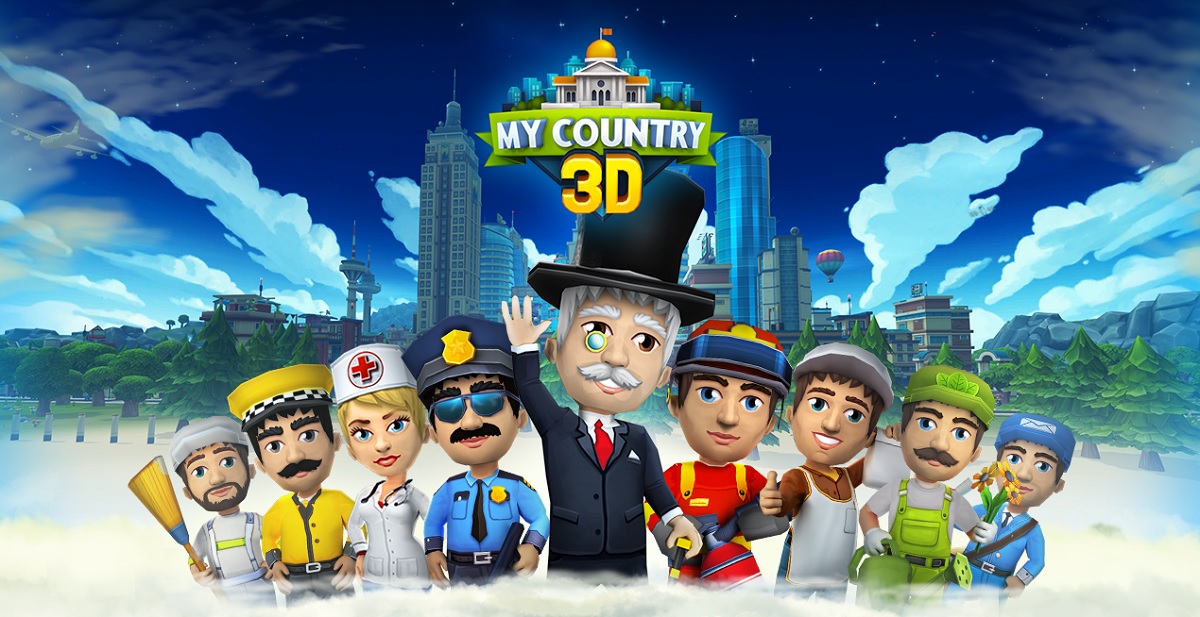 Above: Game Insight’s My Country 3D

GamesBeat: That’s a rare thing in the business, though. When you buy something in a game, you should be able to expect to keep playing with that thing, keep playing the game.

Ropotov: This is a huge point for us. If a player’s started playing on one platform, he needs to have an easy way to restore his profile when he changes phone every year. Persistent profiles are key. Our customer support deals with all of that. It should be so transparent that people switching phones shouldn’t even notice, no matter if they’re on iOS or Android or any other platform. They should just seamlessly keep their progress and keep playing for many years. A lot of our franchises have been in operation for three, four, or five years.

The third pillar is to just keep delighting players with more content. Some amazing games have been kind of betrayed. Players are left out there with no new content. We do at least two updates a month for our IP. We have monthly things like real-life-based events – Christmas, Thanksgiving, the things people expect. Doing major updates like new levels, new content, new challenges for 10 titles a month is tough, but with experience I think we’ve nailed it.

GamesBeat: Offline play is also important to your goal of sustainable free-to-play.

Ropotov: Right. When we started in our region, offline was crucial. Connectivity wasn’t very well advanced. A lot of our players wanted to play while they were commuting, which meant poor connections. All of our games initially had offline play. Nowadays at least nine out of 10 games still do.

That creates extra trust in the brand. If anything happens to the game servers, players know they can still retain their progress, backup, restore, and keep playing those games. That’s a crucial part of sustainable free-to-play for us. We’re all about the players. Finding new ways to retain our audience in an organic way and making things easier for players is crucial.

GamesBeat: Tell us about your strategy. You’re targeting maybe 10 games a year for release.

Ropotov: We have two verticals. Our heritage business is simulations and hidden object games. We need to keep releasing titles in those genres. Our players expect to play at least three games in the simulation genre, so we keep releasing new games. We’re doing a lot of those games with 3D elements and social elements, a more modern approach. The second vertical is new 3D games in new genres where we’re building up new sources of revenue.

Out of those 10 titles a year, we have to release at least five titles in existing genres, and start delivering new titles with 3D content to be up to speed in the industry. All of the building blocks are arranged now. We’ll have a couple of exciting launches coming up.