Game journalism sucks. Game journalists can’t be trusted (umm, except VentureBeat’s perhaps?). Crispy Gamer is banking that a lot of people share that opinion. So the company wants to be an independent source of video game news, providing an alternative to game web sites operated by major corporations with slick advertising from game publisers.

The site, which has been in beta for six months, goes live today. It has a million unique visitors a month and is announcing today that it has raised $8.25 million in venture capital from J.P. Morgan’s Constellation Ventures. 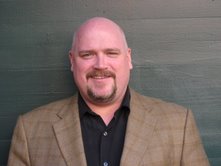 The company has its work cut out for it. It has a million unique visitors a month. But it’s competing with much bigger and better financed gamer web sites that have been around for a long time. Among its big corporate competitors are Fox Interactive’s IGN.com, CBS’s GameSpot, AOL’s Joystiq, Gawker’s Kotaku, and Ziff Davis’ 1UP.com.

But collectively, those web sites aren’t growing dramatically, even though the gaming industry has gone through tremendous growth in the past decade, Heldman says. A bunch of independent voices were born with the rise of blogs and web sites, which undercut the game magazines. But many of them have been gobbled up. 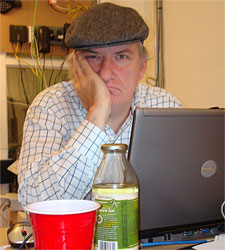 But Keefer (left) and Heldman say their site will thrive on intellectual honesty and old-fashioned journalism, with a taste of the irreverence of game blogs. The company has 20 employees, including five journalists, as well as a stable of more than 20 well known video game freelance journalists.

Game journalism could indeed use more professionalism. A couple of incidents illustrate the point. Last year, Jeff Gerstmann was fired from his job as head of reviews at GameSpot after the publication ran a scathing review of the Eidos game “Kane & Lynch.”

And just a few weeks ago, a game blogger uncovered the fact that the owner of the game PR firm, TriplePoint PR, also secretly owned the video game review site, GameCyte. The owner, Richard Kane, now discloses that ownership.

Dan Hsu, the former editor in chief of game magazine Electronic Gaming Monthly, also chronicled the difficult relations he had with a variety of game companies that sought to influence his magazine’s coverage of games.

Keefer, who spent 18 years as a newspaper journalists, says he doesn’t want his writers accepting junkets from game companies. That’s a common practice in the industry, once exposed in a Los Angeles Times story that dubbed the practice “playola.” Keefer also doesn’t want writers working for the game companies on a freelance basis. And he also doesn’t believe the writers should negotiate for exclusives with game companies, since that often leads to unsavory business deals. The idea is to minimize the conflicts of interest that lead to reader distrust, he says.

“The goal is to be irreverent and thought provoking,” Keefer said.

For reviews, Crispy Gamer got rid of the point system that many game publications use. Rather, it simply suggests to readers, “buy it, try it or fry it.”

The writing can be edgy, but in many ways, I can’t say that it differs dramatically from the writing on a lot of other sites. Crispy Gamer gives gamers what they want, with enthusiastic reviews if the games are deserving. And it covers all the big titles, from “Grand Theft Auto IV” to the latest “Spider-Man” game. This lack of distinctiveness could be a drawback of using freelancers who write for many different publications.

On the other hand, there are advantages that add to Crispy Gamer’s independence. If one writer gets too snarky or critical, game publishers might cut the writer off from getting games. But they wouldn’t succeed in cutting off Crispy Gamer from writing about the game company’s games, since there are plenty of other writers who get the same games.

One of Crispy Gamer’s most popular stories to date carried the headline, “The 10 people we hope shut the f*** up at this year’s E3.” The story generated considerable conversation, Keefer said, including dialogue with the people targeted in the article for their outlandish promises.

Naturally, game companies weren’t happy with that approach. But in contrast to rivals, Heldman says that his company won’t depend on advertising from game publishers. Rather, in recognition of the mass market expansion of games, he’s targeting mass market advertisers to take out ads on his site. That allows the writers to express themselves without fear of an advertiser coming down hard on their bosses.

Right now, the site isn’t commanding huge ad rates. It gets about a $2 CPM (cost per mil, a measure of the amount of money that comes in for every 1,000 readers). Just a month ago, it looked like it would get $8 CPMs, but the economic downturn is taking a toll. Crispy Gamer relies on a half-dozen ad networks to feed it the ads.

The company will also establish a dialogue with its gamers by setting up a community system that involves feedback and other Web 2.0 style communication. Heldman says that many other game sites were created in the era of one-way Web 1.0 communication. Eventually, Heldman says that Crispy Gamer’s approach will result in new revenue sources alongside the advertising.

Tom Wasserman, managing director of New York-based Constellation Ventures, has joined the board of Crispy Gamer. The Crispy Gamer board also includes Heldman, Chris Early, general manager of Microsoft Games for Windows Live; and Rick Sirvaitis, 36-year media veteran and former president of GM Mediaworks. It is a little weird seeing the Microsoft guy on the board of an independent game site, but I don’t have an explanation for that at the moment.