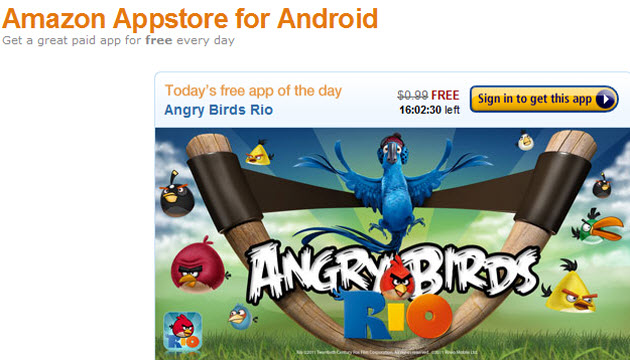 Amazon.com is in hot water for the pricing strategy and terms for developers in its new app store for Android games. Basically, game makers fear that they will make a lot less money as Amazon battles Apple and other app store owners in a bloody price war.

In this battle, developers are worried they will be cannon fodder. The International Game Developers Association, the professional association for game developers, has sent Amazon an open letter accusing the company of adopting developer-unfriendly terms for its new Android app store. If Amazon doesn’t change its terms, developers will make less money on games and have less say in how their games are sold and merchandised, the group said. 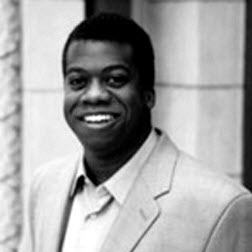 “The point here is to educate developers about the terms and to begin a discussion,” said Gordon Bellamy (pictured), executive director of the IGDA, in an interview. “This took a lot of thought to make this clear and it’s still the beginning of a discussion. We hope that Amazon continues to explore choices that will be good for the development community.”

Bellamy said the group raised its concerns with Amazon’s executives but there has been no change so far.

Prices will likely be lower on smartphones and tablets, and the IGDA’s members are used to that by now. But the terms that Amazon has used are particularly tough, including a clause where it will pay the developer either 70 percent of the purchase price or 20 percent of the list price. Given the steep discounting that Amazon is doing, that means there could be very little money for a developer.

Amazon started its app store a few weeks ago with 3,800 apps. To get attention, it offered a very big promotion, offering Rovio’s popular Angry Birds game for free. Rovio was likely able to dictate its terms to Amazon, since Angry Birds could help get Amazon off on the right foot as it takes on Apple, which has more than 50,000 games in the App Store.

In some ways, the IGDA is a little late. Apple is the company that set the standard for low prices paid for apps, with many games going for free and many selling for just 99 cents. Whatever Amazon is doing, it can argue that it is just trying to compete with Apple.

But the IGDA says that no other app store owner is asking for the same strict terms, like requiring that a developer give up the right to be able to set its price for a game and put that decision entirely in Amazon’s hands. Amazon is also requiring that developers permanently match the lowest price for a game anywhere else it is sold. If a developer discounts a game for a weekend on the iPhone, it then has to permanently set its price at that discounted figure on Amazon.

The IGDA worries that Amazon will start a downward spiral in mobile game prices, much as Amazon did with the launch of downloadable casual web games. Those games were once sold for $20 each, but now they sell for $7 or less.

Here’s the full text of the IGDA letter:

To all members of the game development community:

Two weeks ago, Amazon launched its own Android Appstore. We know that many developers have been eagerly looking forward to that launch in hopes that it would represent a great new revenue opportunity and a fresh take on downloadable game merchandising. The IGDA applauds Amazon’s efforts to build a more dynamic app marketplace. However, the IGDA has significant concerns about Amazon’s current Appstore distribution terms and the negative impact they may have on the game development community, and we urge developers to educate themselves on the pros and cons of submitting content to Amazon.

Many journalists have noted the unusual nature of Amazon’s current store terms, but little has been said about the potential implications of those terms. In brief: Amazon reserves the right to control the price of your games, as well as the right to pay you “the greater of 70% of the purchase price or 20% of the List Price.” While many other retailers, both physical and digital, also exert control over the price of products in their markets, we are not aware of any other retailer having a formal policy of paying a supplier just 20% of the supplier’s minimum list price without the supplier’s permission.

Furthermore, Amazon dictates that developers cannot set their list price above the lowest list price “available or previously available on any Similar Service.” In other words, if you want to sell your content anywhere else, you cannot prevent Amazon from slashing the price of your game by setting a high list price. And if you ever conduct even a temporary price promotion in another market, you must permanently lower your list price in Amazon’s market.

These Amazon policies could have far reaching effects on game developers. The IGDA has identified five potentially problematic scenarios in particular:

1) Amazon steeply discounts a large chunk of its Appstore catalog (imagine: “our top 100-rated games are all 75% off!”). Some developers will probably win in this scenario, but some developers — most likely, those near the bottom of the list — will lose, not gaining enough sales to offset the loss in revenue per sale. Amazon benefits the most, because it captures all the customer goodwill generated by such a promotion.

2) By requiring all developers to guarantee Amazon a minimum list price that matches the lowest price on any other market, Amazon has presented developers with a stark choice: abandon Amazon’s market or agree never to give another distributor an exclusive promotional window.

3) Other digital markets that compete with Amazon (both existing markets and markets yet-to-be-created) may feel compelled to duplicate Amazon’s terms, and perhaps even adopt more severe terms in an effort to compete effectively with Amazon. In essence, we’re looking at a slippery slope in which a developer’s “minimum list price” ceases to be a meaningful thing.

4) Amazon steeply discounts (or makes entirely free) a game that has a well-defined, well-connected niche audience. The members of that niche audience snap up the game during the promotional period, robbing the game’s developer of a significant percentage of its total potential revenue from its core audience.

5) Amazon steeply discounts (or makes entirely free) a hit game at a time when the game is already selling extremely well. This sort of promotional activity may attract consumers away from competing markets and into Amazon’s arms. But it might actually represent a net loss for the developer, which was already doing quite well and didn’t need to firesale its game at that moment in time.

The IGDA’s bottom line is simple: under Amazon’s current terms, Amazon has little incentive not to use a developer’s content as a weapon with which to capture market share from competing app stores.

The IGDA does not have the power or inclination to dictate how others conduct their business. However, the IGDA is permitted to express its views on business practices that affect the developer community, and it is the firm opinion of the IGDA that:

2) Developers should have the freedom to set a minimum list price of whatever amount they see fit, without regard to pricing in other app stores.

The IGDA has formally communicated its views to Amazon, and while Amazon has been very willing to engage with the IGDA, it has thus far expressed zero willingness to adjust its distribution terms. We believe that the people currently running Amazon’s Appstore may have the best of intentions and a desire to make their development partners successful, in general. The problem, as history has repeatedly demonstrated, is that things tend to change when a marketplace achieves any degree of dominance. The terms of Amazon’s distribution agreement give it significant flexibility to behave in a manner that may harmful to individual developers in the long run. Any goodwill that Amazon shows developers today may evaporate the minute Amazon’s Appstore becomes so big that Android developers have no choice but to distribute their content via the store. It would be foolish to assume that because Amazon’s Appstore is small today, it will not become the Walmart of the Android ecosystem tomorrow.

If Amazon responds to this open letter, it will likely invoke the success of games that have already been promoted in its Appstore; for example, games that have been featured as Amazon’s free app of the day. The company may claim that the success of those games is proof that Amazon’s model works. The IGDA believes that this argument is a red herring. Amazon does not need the terms it has established for itself in order to give away a free app every day. Nor does it need the powers it has granted itself to execute a wide variety of price promotions. Other digital games platforms, such as Xbox LIVE Arcade and Steam, manage to run effective promotions very frequently without employing these terms.

Amazon may further argue that its success depends on the success of its development partners, and therefore, that it would never abuse the terms of its distribution agreement. Given that Amazon can (and currently does) function perfectly well without these terms in other markets, it is unclear why game developers should take a leap of faith on Amazon’s behalf. Such leaps are rarely rewarded once a retailer achieves dominance.

We respect Amazon’s right to stay the course, but as part of our mission to educate developers, we feel that it is imperative to inform the community of the significant potential downside to Amazon’s current Appstore terms. If you feel similarly, we urge you to communicate your feelings on this matter directly with Amazon.

Sincerely,
The IGDA Board of Directors