Game of Thrones: Ascent, the social game based on the popular novels and HBO television show, got a big boost from last night’s premiere of Game of Thrones’s fifth season.

Jon Radoff, the chief executive of social mobile game publisher Disruptor Beam, said in an interview with GamesBeat that iOS usage of his company’s game saw a 100 percent increase on iOS and a 30 percent increase overall. Those are early results, but it looks like a bigger boost than last year, when Ascent saw a 20 percent boost as a result of the debut of the fourth season. This shows how important brands can be when it comes to the success of mobile games — something we’ve seen with Glu Mobile’s Kim Kardashian: Hollywood release.

“It’s part of our business model to add new content, quests, and storylines as the television show progresses,” Radoff said. “It is a great brand, and it has reached iconic status of the last year.” 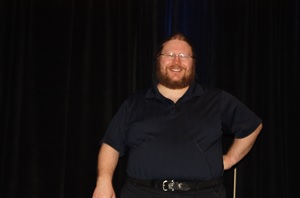 Above: Jon Radoff of Disruptor Beam

Search rates on iTunes and other platforms goes way up during a season debut, and Game of Thrones: Ascent, which has a separate storyline that interweaves with the TV series, always gets a big boost as a result. Players constantly chat with each other about the previous night’s episode, and in this case, that was also true, Radoff said. The Facebook page for the game, which is playable on both Facebook desktop and on mobile devices, has 250,000 likes.

“It’s bewildering how strong iOS is, but it looks like the iPhone and iPad have become media consumption devices,” Radoff said.

Radoff said the brand for Game of Thrones is so strong that his company doesn’t have to do paid advertising to get new installs. It happens organically, through searches on the app stores. He said that the Ascent game saw a 50 percent increase in 60 day inactive reactivations. That means more people who hadn’t played the game for two months came back.

“We are just 16 hours into the new season, so it’s hard to make a lot of predictions,” Radoff said. “But the early indicators are that the new season is even bigger. The good thing about this fan base is that it stays active for the whole year.”

Radoff said his team gets to see the full season ahead of time, so they can work on quests that are directly related to the show episodes and put those quests in the game. As the season’s dramatic arc reaches a peak, so does the interest in the game.

Within a couple of weeks, Game of Thrones: Ascent will have a new set of content, dubbed Fire and Blood, and a new gameplay system as well where players can make strategic decisions about how characters work with each other. 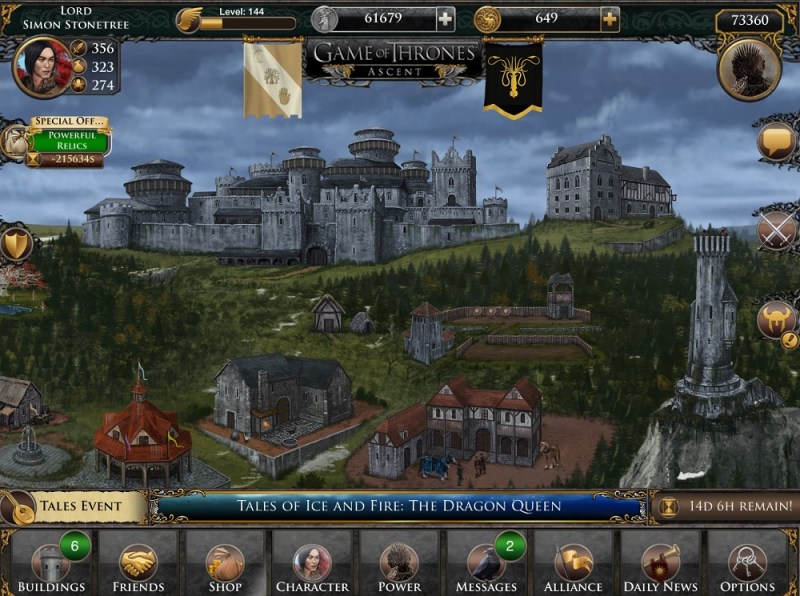 Above: Game of Thrones: Ascent