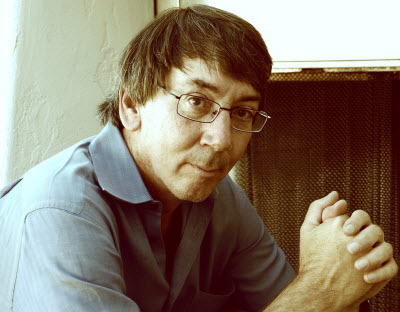 Game pioneer and SimCity creator Will Wright was enthusiastic about pioneering a new concept in games dubbed “personal gaming,” where developers use mobile and social data to create a game that is targeted at just one person. To do that, he formed the startup Hive Mind.

“Rather than craft a game like FarmVille for players to learn and play, we learn about you and your routines and incorporate that into a form of game play,” Wright said in an interview with GamesBeat in November.

But Hive Mind is now in legal limbo, thanks to a dispute among the founders that has led to a legal battle over ownership. Jawad Ansari (pictured right), Hive Mind’s first chief executive, is in litigation with the company to protect his 30 percent equity. He was replaced by the directors, which included Wright and Raj Parekh, managing diector of Redwood Venture Partners, a Silicon Valley venture capital firm. Wright, whose games, including The Sims and Spore, have sold more than 100 million units in his career, is creatively stymied at the moment as the case works its way through the legal system.

Ansari sued earlier in February in superior court in Alameda County, Calif. Ansari sued Wright, Parekh, and the Stupid Fun Club, which is Wright’s think tank for entertainment ideas. Wright countersued in Delaware, where the company is incorporated.

Wright said in an interview with GamesBeat that he is constrained from talking about the specifics of the case because of the ligitation. He said he was excited about the product direction of Hive Mind. Ansari also said he was not allowed to talk about the details of the case.

The company was started in the summer of 2011. Ansari, who formerly ran the GCube gaming fund company, was appointed as the CEO on June 14, and his job was to raise money so the company could execute on some ideas created by Wright’s existing startup, the Stupid Fun Club, which raised $10 million from Electronic Arts for a 40 percent to 50 percent stake  (although EA apparently hadn’t yet shown an interest in a specific idea produced by the company).

The concept was to implement and monetize a “new cross-platform, cross-media social gaming experience that Wright had envisioned.” Wright’s involvement with Hive Mind gave the startup “instant credibility,” the suit said.

Wright’s concept would include not only games but also  broadcast television shows. The platform would use location and situational awareness of an individual to enable entertainment, social, and lifestyle software applications. The game, app, and TV show would connect users who had the same goals in mind. One of the ideas was a Shadow Net game with a spy theme.

Ansari was previously managing director at GCube Capital, which tried unsuccessfully to raise a fund to focus on games and entertainment. The company looked promising, but it was stymied by the global financial crisis in 2009. Previously, Ansari was the founder and former general partner of Miven Venture Partners. The suit said the skills of Ansari in finance and Wright in creative were complementary, and Wright was not able to make the Stupid Fun Club into a going concern with any revenues.

Ansari had 120 days to raise $5 million for HiveMind. After that, the Stupid Fun Club could repurchase the rights back from Hive Mind. The suit says that John Riccitiello, chief executive of EA, verbally committed that EA would invest $5 million in Hive Mind, based on a $100 million valuation of Hive Mind.(EA declined to comment on that).

But Ansari said that Wright worried such a deal would make EA turn sour on the Stupid Fun Club. He also alleged that employees of Stupid Fun Club were alarmed that they would have no ownership of Hive Mind, and Wright then took their side. Ansari’s suit alleged that Hive Mind signed agreements to hire two Warner executives as senior vice presidents of Hive Mind. But Ansari alleged that Wright abruptly canceled meetings with those people and asked Ansari not to set up any more meetings without Wright’s approval.

On Aug. 22, just two months after hiring Ansari, Wright recommended that the board replace Ansari as CEO with Lauren Elliott. By September 1, 2011, Wright asked Ansari to resign and minimize his participation in the company. By October, they agreed to sell off the company. But Ansari alleged that Wright and Parekh just tried to shut down Hive Mind and reclaim its intellectual property.

Ansari said that Wright tried to push him out of the company and committed an “atrocity” by trying to take away Ansari’s equity. In a memo he circulated to friends and industry executives, Ansari called the dispute a “genocide.” David Lisi, attorney for Wright, said that many of the allegations in Ansari’s complaint were false.

In papers disclosed by Ansari, Ansari said that Hive Mind was in talks to be acquired by or receive an investment from Zynga, the largest social gaming company. That deal reportedly valued Hive Mind at $75 million. The talks took place in November, but nothing ever panned out. By December, Parekh and Wright resigned.

It was unclear whether Zynga was really serious about buying Hive Mind at a high valuation, or if it simply wanted to hire Wright. Ansari alleges that Wright is trying to sell the Hive Mind ideas again, only through the Stupid Fun Club, as if that entity owned them. He also says Wright is trying to implement the ideas through yet another company, Friendly Gravity.

In a countersuit, the defendants said that Ansari did not have deals in place, did not have commitments to raise money, did not work well with people that Hive Mind wanted to hire, and did not state the truth about the value of the ideas that Hive Mind had the rights to.They said that Ansari failed to do basic things like make payments for office space leased for Hive Mind. Wright and Parekh alleged that Ansari had “volatile and erratic work habits” and had failed at his job of finding funding.

Ansari hired a law firm to investigate allegations of misappropriation of Hive Mind’s intellectual property by Wright and the Stupid Fun Club, and Wright’s attorney called that a “pretext and a sham.” They accused Ansari of trying to smear Wright’s reputation.

The proceeding threatens to tie up one of the game industry’s brightest creative minds. Wright has spent decades making games at Maxis and Electronic Arts. His games have sold more than 100 million units, and they include hits such as The Sims, SimCity, and Spore. He left the company to create the Stupid Fun Club and strike out on his own in 2009. EA invested in that startup and retained the right of first refusal to publish games based on the Stupid Fun Club’s ideas.

“It didn’t work out at all,” Wright said. “Hive Mind is still a company. But it has no money. No nothing. It’s just sitting there because of the litigation. It is frozen. It’s so complex and there’s quite a bit of disappointment.”

Ansari withdrew his lawsuit in Alameda, Calif., and in Delaware, the court appointed Wright, Randy Breen and Ansari as the board of Hive Mind. The litigation is still ongoing.

Wright is still coming up with gaming, toy, and other entertainment ideas at the Stupid Fun Club, a startup that predated Hive Mind and is the home to his various creative ideas.

“It’s a shame this didn’t work out,” Wright said. “We have to find out where this is going in the near term.”

As for Ansari, he recently tweeted, “Looking for PR professionals to build awareness for “THE INCONVENIENT TRUTH ABOUT WILL”, an exposé documentary, releasing on YouTube 6/2012.”

Here is a copy of the original lawsuit: