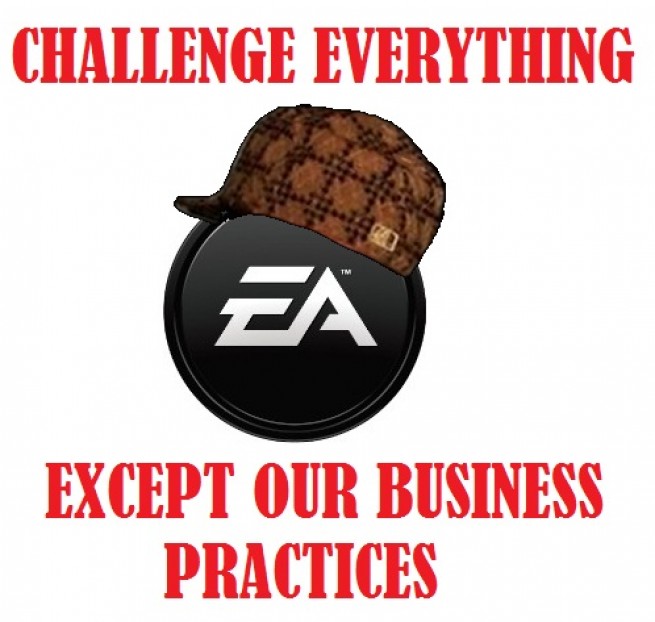 Video game publisher Electronic Arts has a new feather in its cap: It has won The Consumerist’s Worst Company in America award.

A statement from The Consumerist, part of the nonprofit group that publishes Consumer Reports, noted that “while both Bank of America and EA drew consumer ire for their poorly-received practices of swallowing up smaller competitors and nickel-and-diming customers with up-charges and fees, EA’s success in this year’s tournament shines a spotlight on an industry that is often considered ignored by regulators, courts, and the mainstream media.”

“Some may look down their noses at the idea of voters picking a video game publisher as the Worst Company In America, but that is the exact kind of attitude that has allowed EA and its ilk to nickel and dime devoted customers for a decade,” said Chris Morran, Deputy Editor of Consumerist.com. “This is not just a few people complaining about bad games; this vote represents a large group of consumers who have grown sick and tired of being ignored and taken advantage of.”

Forbe’s Paul Tassi writes, “I’ve been covering hate of EA for quite a while now, and understand why their brand is so despised among gamers. They have [a] habit of buying beloved gaming companies and either summarily executing them, or corrupting them to the point where they’re almost unrecognizable. Most recently, fans mourned the apparent loss of Bioware. The genius [developer] was behind Knights of the Old Republic and Mass Effect, but the way newer titles like The Old Republic and Mass Effect 3 have been handled since EA took over has caused fans to lose faith. EA is at the forefront of some of the most annoying practices in the industry to date, such as restrictive DRM, seemingly abusive DLC and appearing to trade creativity for cash.”

Admittedly, while companies such as Bank of America and others have a much larger (negative) impact on America overall, Electronic Arts’ highly questionably business practices extend far beyond just mistreating consumers. In 2004, Erin Hoffman anonymously started the “EA Spouse” blog, where she detailed the company’s labor practices. This led to three class action lawsuits ultimately resulting in the plaintiffs being awarded $14.9M in unpaid overtime. Over the past several months, a number of former and current EA employees and journalists have told GamesBeat that the known offenses pale in comparison to the company’s ongoing practices. As The Consumerist notes, hopefully now more people will begin caring about it.

EA has also been caught manipulating media outlets into giving favorable coverage. Another anonymous blogger who claims to be a former viral marketer for EA asserts that his job (and many more like him) was to “troll” popular websites and forums under the guise of a normal user with the intention of derailing bad publicity.

Because admitting there’s a problem and working towards improving would be too obvious, EA’s spokesman John Reseburg released the following statement to GamesIndustry.biz: “We’re sure that bank presidents, oil, tobacco and weapons companies are all relieved they weren’t on the list this year. We’re going to continue making award-winning games and services played by more than 300 million people worldwide.”