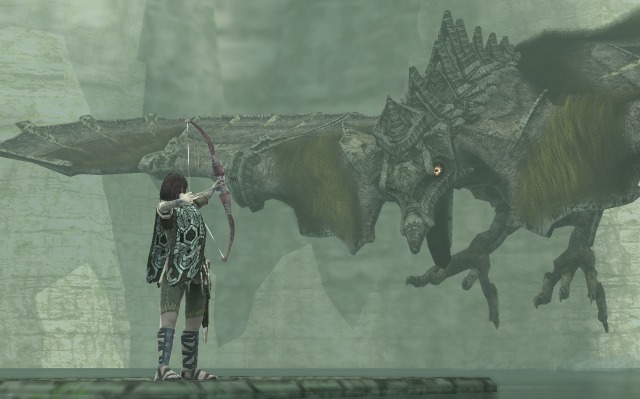 EDITOR’S NOTE: Each week, VentureBeat’s Dean Takahashi writes a column on videogames called The DeanBeat, while executive editor Dylan Tweney is writing a technology and business column called Dylan’s Desk. They are available to newsletter subscribers a whole day before they appear on the VentureBeat website. This week, senior editor Devindra Hardawar is taking over for a flu-ridden Dean.

Remakes of older games are becoming increasingly more common, and for gamers who missed out on a particular title the first time around, or just want to relive the experience, they’ve become delicious treats to keep busy with between big-budget game releases.

I also watch plenty of movies, and let’s just say Hollywood remakes typically don’t elicit the same sort of excitement from moviegoers (especially fans of the original films), nor are they generally well-liked by critics. (Yes, there are exceptions — this summer’s Fright Night remake was admittedly awesome and well-received.)

It’s clear to me that there’s something video game remakes are doing right that movie remakes are missing out on. Let’s take a look at a few of the differences.

Game remakes give consumers something they want

Most of the titles currently in my gaming queue are remakes of games that I’ve already played, and loved, years ago. On my iPhone, there’s Final Fantasy Tactics: War of the Lions (a port of the PSP version, which itself was a port of the original PlayStation game) just a swipe away; on my PlayStation 3, I’m replaying both Shadow of the Colossus and Ico, available now as a high-definition collection; and on my Xbox 360 there are too many to name (Guardian Heroes, Beyond Good and Evil, and more).

The impetus behind game remakes is generally to open titles up to new audiences, while also including plenty of goodies to appease existing fans. With movie remakes, on the other hand, the goal generally seems to be getting enough butts into seats to make the project profitable. Not all film remakes fail (I’m a big fan of John Carpenter’s version of The Thing, The Fly, and plenty others), but they’re rarely impressive.

Of course, this may be an unfair comparison. Movie remakes are entirely new productions that often rehash the plot of an earlier film, while we’re seeing game remakes now that range from simple ports, to high-definition upgrades, to full-scale reproductions (see the upcoming Halo Combat Evolved Anniversary). Still, it’s worth comparing how these two industries approach the notion of remaking past titles.

One of the most compelling things about game remakes is that they’re just so darn cheap. The Shadow of the Colossus and Ico collection costs just $39.99, while typical PS3 titles are $59.99. For titles distributed digitally, the savings are even greater, with most selling for between $10 and $15. Occasionally digital titles creep towards $20, but they’re still a bargain compared to new game prices.

It’s hard to fault Hollywood for charging full price for remakes, but as a discerning consumer, I definitely feel annoyed when it costs the same to watch “yet another horror remake” as something truly original. For titles that get re-released into theaters, something that’s happening more for IMAX titles due to the limited amount of screens available, it seems even more egregious to charge full price. (Recently, AMC theaters experimented with bringing back a few blockbuster titles like Star Trek to IMAX screens for just $7, a model that I hope is replicated in the future.)

Soon we’ll see 3D film re-released in theaters (James Cameron is working on Titanic 3D, and 3D versions of all the Star Wars films are in the works as well), and you can bet they’ll be priced the same as new 3D films.

Perhaps what’s so refreshing about game remakes is that they aren’t trying to be something they’re not. When you’re getting an HD port of Ico, you know exactly what you’re in for — it’s not just another game pretending to be Ico. Film remakes, which usually involve new directors, actors, and often even a different setting, have a harder time recapturing the magic of the original source material.

Ultimately, this may not be a lesson that Hollywood can repeat. It’s far easier to port and polish a game for a new console, than it is to produce a new film based on a previously used idea.

And to be clear, it’s not as if I’m against all remakes. One of the films I’m most looking forward to this year is David Fincher’s version of the Girl With the Dragon Tattoo, an adaptation of the popular novel that was already made into a successful Swedish film. But at the same time, I’ve seen enough useless remakes in my time to be wary.

Perhaps at some point, Hollywood can learn something from the way the gaming world treats classic titles.