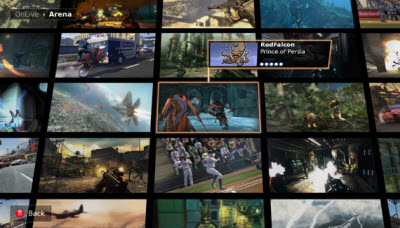 It’s going to get a lot easier to play cloud-based games on your television soon. Game streaming service OnLive announced today that its viewing service will be preloaded on the Google TV service.

At the Consumer Electronics Show in Las Vegas, the Google TV is clearly gathering momentum as multiple TV makers announce new models with the second-generation service, which allows you to access internet content through connected TVs.

Consumers will be able to access console-quality games without having to download them, said Steve Perlman, chief executive of Palo Alto, Calif.-based OnLive. With OnLive’s cloud-based solution, games are computed in a web-connected data center and the results are streamed as video to the user’s machine. That means the user’s hardware only needs to display video, rather than complex 3D graphics, so it can be much lower end and lower cost than typical gamer PCs.

“With OnLive, the latest high-performance videogames stream just as instantly as videos or movies,” Perlman said.

For now, Google TV will integrate OnLive’s Viewer app, allowing users to be spectator of action. You can also watch the action and use social features.

“But hang in there, OnLive is working closely with Google to enable full gameplay with OnLive gamers from around the world on Google TV,” Perlman said. “And more Google TV devices are coming, with OnLive built right in.”

Among the TV makers showing off Google TV products are Vizio. OnLive launched its games-on-demand service on the PC in 2010 but hasn’t released numbers of users yet.

“It all comes back to the bandwidth available and whether people will use the service,” said Michael Cai, an analyst at market research firm Interpret. “OnLive has made a lot of announcements, but I haven’t seen the substance yet.”

Chris Early, vice president of digital games at Ubisoft, says the announcement is important because it gives users another place to access gaming, and it accelerates the trend of letting gamers play games on any platform or anytime.