Making a game is difficult, and the amount of technology firms that promise to make things easier only seems to complicate things. That’s where GameBrain wants step in and simplify the process for small studios with a new platform that will provide all of the solutions an indie developer needs from the beginning of the creation and through its life as a live product. 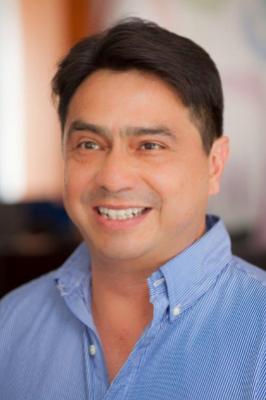 “Small game development shops and indie developers have an awful lot of problems not just developing but also publishing their games,” GameBrain chief executive Eduardo Cervantes told GamesBeat. “We see these folks with great creative and technical skills who make games, and they go to publish it, and they find that’s a complicated issue. We saw this as an opportunity to bring together in one place all of the different pieces you need to produce a good game. Something that will really even the playing field.”

That led to the creation of GameBrain, which is a comprehensive platform that offers developers access to tools for analytics, development, distribution, and monetization.

“There’s around 1.1 million indie game-development shops around the world,” said Cervantes. “We’re talking a huge number of people trying to succeed and finding it difficult. Our mission is to provide the small shops a place where they can find all of the resources, all of the tools, all of the services that they need to take their game from conception to development to distribution to monetization.”

Gamebrain plans to accomplish that goal by providing developers with a hub where they can quickly find the best solution for their problem.

“We found that when you look at development and monetization tools, they’re all over the place,” said Cervantes. “The first piece of GameBrain was to recognize that internally, we’re not going to be able to develop every single tool. We figured that there’s already best-in-class companies doing great things for [monetization and development solutions]. We are in the process of partnering with quite a few of these companies in all of the areas of development and processing.”

The company offers studios a clearly defined workflow and — at least in the beta test — 50GB of free cloud-based storage. GameBrain plans bring together a community of developers to discuss and share educational information about how to best tackle certain problems.

GameBrain plans to fully launch in the fourth quarter of 2013, but it’s accepting signups for its closed beta right now. The development-solution firm is positioning itself to work with small studios of 10 or fewer employees. It really wants to encourage indies to work with them. One of the ways it is doing that is by leaving developers free to use only the parts of GameBrain that they want. Developers aren’t locked down to using any part of the service they don’t want.

Cervantes says that GameBrain is still considering potential business models, but it plans to reveal that prior to its launch in Q4.