As the big social networks scoop up users by the millions, specialty social networks are debuting in an attempt to corral users with special interests. The latest of these to emerge is GameGround, a New York startup that will build a services and app to help gamers socialize with each other more easily.

The app is launching in beta testing today. The company got started to deal with the problem that playing games is still too often a solitary activity, mainly because it isn’t easy to find someone interested in playing the same game as you when you want to play, said Itzik Ben-Bassat, co-founder and chairman of GameGround, in an interview. 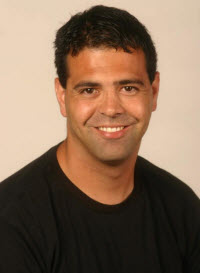 “Today’s environment is very complex, with a lot of different game platforms,” he said. “Right now, your identity doesn’t go across any of those platforms. We founded GameGround to connect players in the way they want to be connected.”

The company’s rivals vary widely, from Microsoft’s Xbox Live, a single-platform social network for Xbox 360 players, to the multiplatform Raptr, which probably bears the most resemblance to GameGround. Other rivals include Kongregate on the web and several companies on smartphones, including Scoreloop, Aurora Feint, Papaya Mobile and Ngmoco.

Of all these rivals, Xbox Live is becoming a bigger player, since it now stretches across the PC, Xbox 360, and the new Windows Phone 7 mobile phone platform. Raptr is also a formidable competitor with an installed base above a million and much of the same functionality that GameGround has.

While GameGround is late to the market, it has an interesting approach. It also has well-heeled investors and a veteran management team. Ben-Bassat is a former executive of Blizzard Entertainment. He had responsibility for building Blizzard’s games outside of the U.S. and helped it grow to huge success. Other executives include Doug Vance and Shaul Olmert, both veterans of MTV Networks’ game business, as well as Guy Margolin, formerly of 888.com.

With GameGround, users can get one-click access to their favorite games across platforms, including the PC, web games, and Facebook. At some point in the future, GameGround may add support for Xbox 360 games and smartphones.

Gamers can set their own status updates regarding the games they are playing, but it isn’t just a “check in” function. You can share your successes with friends. Ben-Bassat says GameGround offers a “meta game,” where gamers can level up based on the amount of their socializing or engagement with the platform. They can take on challenges, view leaderboards, and earn rewards.

“It’s not enough to know that a football game was played in Miami last week,” Ben-Bassat said, using a sports analogy. “You want to know who the quarterback was, how he did, and all of the other details.”

Publishers will like GameGround because it allows gamers to share their favorite titles with each other and thereby discovery new games. Much of the data is imported automatically, so users don’t have to deal with manual entry of their own personal tastes, favorite games, or contacts.

Investors include Sequoia Capital, SoftBank Capital, Vodafone Ventures, and Novel TMT Ventures. SoftBank invested because it believes that GameGround brings a new level of engagement and interaction to gamers, said Ron Fisher, managing director of SoftBank Capital and a member of GameGround’s board.

GameGround started operations in 2008 and has 25 employees. To date, the company $11.1 million.