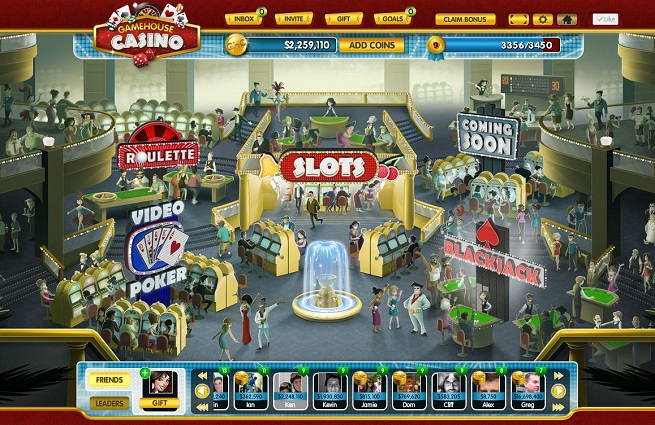 Matt Hulett, the president of GameHouse, is going all in. His company has shifted its development firepower into the social casino game business. Today, it is launching GameHouse Casino on Facebook and debuting GameHouse Slots on the iPhone. 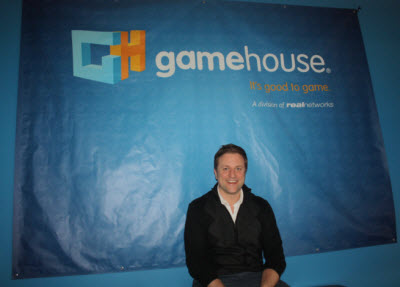 The Seattle division of RealNetworks has deployed half of its 200 employees to create a suite of social casino games. Hulett (pictured right) said in an interview with GamesBeat that he hopes to differentiate his free-to-play games with a high-class style reminiscent of the elegant Bellagio Hotel in Las Vegas. More releases are on the way.

“This is not an off-strip lobby,” Hulett said. “Our big bet is to build a high-class casino experience where you feel like you are at the big hotel. We feel we can bring a lot of innovation to these games.”

GameHouse is one of many mobile and social game companies seeking salvation in social casino games, where players can bet virtual chips in games like video poker but can’t cash out. The category drew huge players and investments last year, and it remains hot, as we witnessed the Casual Connect Europe conference in Hamburg, Germany.

Social casino games have raised considerable funding. And slot machine maker IGT bought Double Down Interactive for $500 million in early 2012. Double Down had just 70 employees at the time. Aristocrat bought Product Madness in November for an estimated $40 million. And earlier this month, Scientific Games bought WMS for $1.4 billion. Morgan Stanley Research estimates that annual revenues for social casino games will hit $2.5 billion by 2015.

Hulett is late to that party, but he believes the market is just getting started. The team has been building the games over the past 13 months.

“We think there is a lot of room in the market,” he said. “We wanted to nail the core game experience and create the right core behaviors. We want to make a good first impression.”

And GameHouse has more than a dozen games inside its Casino app on Facebook. The titles include slots, video poker, roulette, blackjack, and others. They’re tied together with graphics, animations, and social gameplay. The video poker game has six different machines and can play up to 25 hands at a time. You can make side bets, double-or-nothing jackpots, and high-low plays. In the slots game, there are already 17 machines, and GameHouse will add more.

“The joy of winning money with your friends around a table is there,” Hulett said.

The monetization of casino games is already 50 percent higher than other casual games. And retention rates on mobile are twice as good as they are on Facebook. Players are loyal, but only 2 percent or so pay for virtual chips. 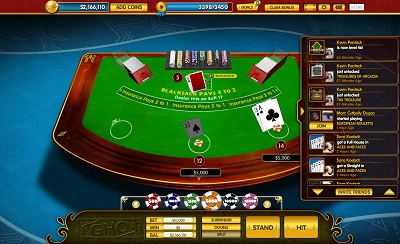 On the right-hand side, a player can see all of the actions that friends are taking. The dynamic lobby (pictured at top) is a kind of home base that changes as players come back and discover new games or slot machines played recently by friends. The Party Play feature shows what friends are playing, and you can jump into a game with them. You can also send virtual gifts to friends and help them increase their winnings.

“The social element is what is more fun to players, and it explains why these games are becoming popular again,” Hulett said.

Players can compete to win more than friends do during a fixed time frame based on an allotment of free chips. If they want to play for a longer duration, they have to pay real money for more chips to extend their session. That’s how GameHouse monetizes the free-to-play game, Hulett said.

So far, GameHouse has no plans to go into real-money gambling, a market where rivals such as online gambling companies and Zynga are staking claims. Hulett doesn’t want to hitch his fate to the actions of lawmakers and regulators.

The move into social casino games is a pivot for GameHouse, which has launched more than 3,000 casual games over the past decade. That audience is shifting from the web to social games on Facebook and on mobile devices. GameHouse is following them, but it is doing so at a deliberate pace. The company is using a team in Victoria, British Colombia, which is becoming a hub for studios. GameHouse has more than 10 Facebook games and twice that number on iOS and Android. It also has 14 million unique monthly users on the web still.

The company tested its ideas with the launch of GameHouse Slots on Facebook, where it garnered more than a million fans. The title, which launched quietly, is one of the top casino and card games in the U.S. on iTunes.