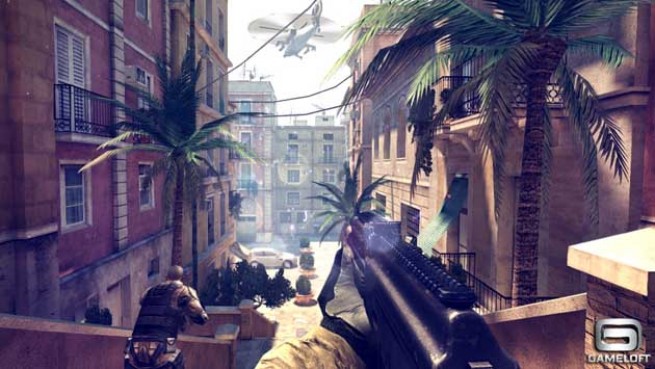 Developer Gameloft’s strategy to produce premium-style games (that closely resemble bigger titles on the consoles) for smartphones and tablets is working.

Gameloft is best known for its Call of Duty-aping Modern Combat games, the Halo-cloning N.O.V.A. series, and a handful of licensed titles like The Dark Knight Rises adaptation for iOS and Android. The developer reports $55.4 million in revenue in the third quarter on strong sales of those and dozens of other titles. This represents a 37 percent increase over the same period in 2011.

Despite offering visually impressive games, Gameloft often employs a model that makes the game free to download for players so that it can sell in-app purchases. The developer claims its 56 million monthly active users generate 60 percent of the company’s revenues through those in-app transactions.

The developer is quiet on what this means for its profits. High production costs and licensing fees could swallow up these sales numbers quickly. GamesBeat asked Gameloft how much it spends on production and licensing and whether it is generating a profit, but it did not provide a response at the time of this post.

Gameloft is targeting $205 million in sales for the full 2012 calendar year which would represent a 25 percent increase over 2011. It points toward upcoming titles like Modern Combat 4: Zero Hour, Zombiewood, and My Little Pony as catalysts for growth.