Gameloft has taken the wraps off its new iOS and Android dungeon-crawler Dungeon Hunter 5. If all goes well, the new game will be one of the best ways to get a Diablo-like hack-and-slash experience on a tablet or smartphone.

Gameloft has invested heavily in this fantasy game, which is the first new Dungeon Hunter since 2013. It is part of the French company’s continuing efforts to stay at the top of the heap of the $25 billion mobile game industry (based on Newzoo estimates). Like other companies in mobile gaming, Gameloft is doubling down on quality, and it wants to show that by touting the cool graphics of Dungeon Hunter 5.

Tom-Olivier Martin, the technical game designer at Gameloft’s studio in Montreal, said in a developer video that you can create your own dungeon and minions. It’s kind of like your own hideout, complete with traps that you lay for the unsuspecting. You can raid someone else’s dungeon and collect a lot of loot. You eventually have to fight that player to get the final treasure.

In the single-player campaign, you pick up the story after the previous game’s plot, where the hero stopped the demon invasion in the Kingdom of Valenthia. But the world remains in ruins. 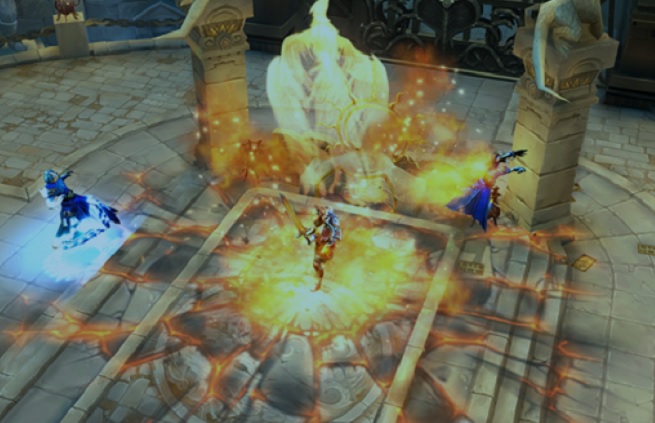 In Dungeon Hunter 5, you play a bounty hunter in search of loot. And instead of collecting a bunch of lame loot, you can now take the loot, fuse it into something that will benefit the items that you do use, and get a bonus from everything you collect.

You will journey through five shattered realms in a bid to become the most notorious bounty hunter. The game will have lots of enemies, tons of levels, and big bosses. The graphics are more detailed and more tightly animated. The title has cooperative gameplay, where you can hire your friends or other players as henchmen. It also has asynchronous multiplayer, where you can customize a stronghold with a variety of creatures to defend it against other players. You can also raid their strongholds. You’ll see daily and weekly events aimed at keeping you engaged.

I got a good look at the game at the 2015 International CES, and they’re not kidding about the quality of the visuals. 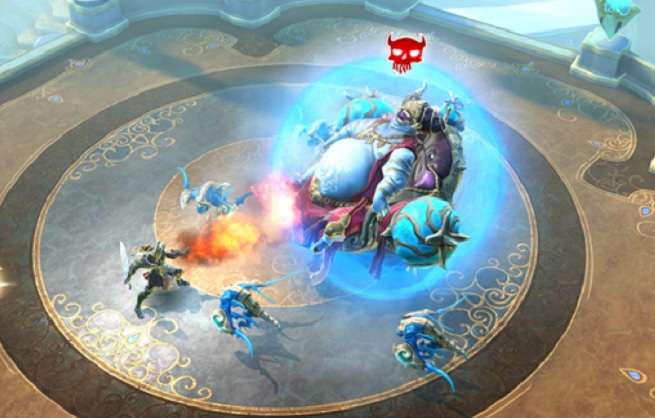