Apple’s App Store and Android’s Google Play pretty much crushed the old system where carriers sold games direct to mobile users. But GameMine has found a way to bring the carriers back into the picture using a game subscription service that can be billed directly to carriers.

Los Angeles-based GameMine is announcing today it has distribution partnerships with five international mobile carriers in Spain, Italy, and Egypt. GameMine has collected more than 400 games in its subscription service, and it is making them available on iOS or Android devices from the major carriers. All of the games are fully unlocked and ad-free, with the subscription billed directly to the subscriber’s mobile character.

“These partnerships are clear indicators that GameMine has become the trusted and preferred gaming option for mobile network operators,” said Michael Herman, chief operating officer of GameMine, in a statement.

These five partnerships will provide more than 150 million mobile subscribers with access to GameMine’s mobile games, and are the latest in a series of strategic industry relationships being developed by the company in order to grow its global subscriber base as well as its exposure and appeal throughout international mobile carrier markets. 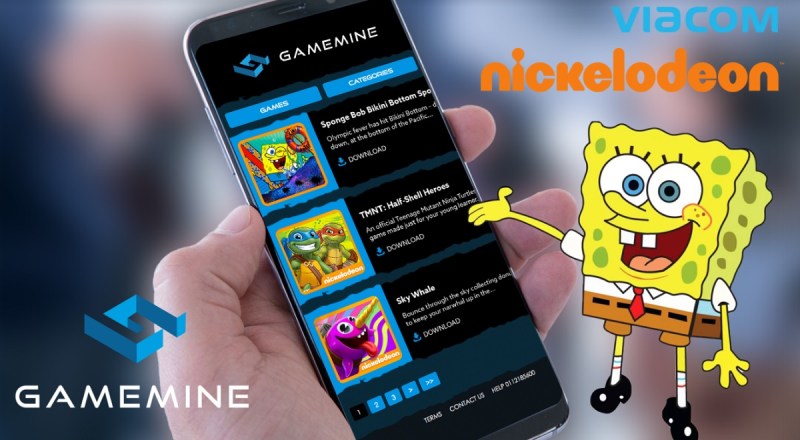 Above: Viacom is providing mobile games to GameMine.

“Mobile gaming is exploding globally and has continuously stayed on the leading-edge of advancement,” added Daniel Starr, CEO of GameMine, in a statement. “Considering our company’s innovations, combined with our superior content, it feels natural and timely having five international mobile carriers simultaneously partner with us.”

GameMine likes to think of itself as Netflix for mobile games. The company raised $20 million in funding, and last week it announced that it had access to a number of new games from Viacom’s Nickelodeon brand.

GameMine is Viacom’s global distribution partner for Nickelodeon mobile games based on SpongeBob SquarePants, The Teenage Mutant Ninja Turtles, and Game Shakers, with additional Nickelodeon branded games to be added throughout the course of the partnership.