Raptr is rebooting its business so that it can focus on being a communications platform for PC gamers.

In the past, the company focused on providing all sorts of data about gamers on mobile, online PC, and console platforms. But it is retreating from that and focusing on PC gaming instead. The reason is that a new PC-hardware service has been a hit with members and because PC gaming has grown to more than 900 million gamers worldwide, said Dennis Fong, the chief executive of Mountain View, Calif.-based Raptr.

“The biggest pain point for PC gamers is the weakness of the platform as a whole,” Fong said. “Everybody has a different kind of PC. There are a million different configurations for playing games. We help gamers get the best experience every time they play.”

Raptr has more than 22 million registered community members, and it has been taking off in emerging countries such as China because of a new feature that advises gamers on the best settings for their computers when they are playing specific games. Fong said Raptr is now growing at a rate of 1.5 million new members a month. 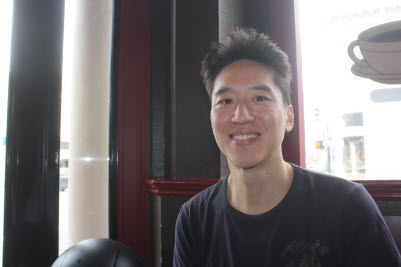 Fong said that the new service arose from the big data that Raptr collects from its members. With the permission of gamers, Raptr gathers data on a player’s PC. So it already had the data it needed to figure out the optimal settings for 3D graphics hardware when it comes to running a wide variety of games. Raptr knows how well those settings work out because it can measure how well a game ran at given settings.

Those settings aren’t always easy to figure out, and they differ from game to game. Raptr can analyze millions of players’ settings and figure out which is the most common and which setting works the best.

“The beauty of our system is we learn from the experts who get their settings right,” Fong said.

Now it is making it easy for members to adopt those settings. They simply need to sign into Raptr and then choose a game. Then they click an “optimize” button. Raprt will automatically adjust the user’s settings so that they can play the game without problems such as crashing or slow frame rates.

Fong said the service is particularly popular in emerging countries, where players don’t often have the latest game PCs that can run a game no matter what the settings are. Optimizing a game to run on older or low-end computers is a challenge. But with crowdsourcing and machine learning, Raptr can do it much better, Fong said.

Raptr launched the service in September 2013 and it is now sharing results for the first time.

Advanced Micro Devices, which has around a third of the PC gaming market with its graphics cards and CPUs, has partnered with Raptr to promote the PC game optimization platform. Players have optimized their games over 3 million times and they have kept the Raptr-recommended settings 91 percent of the time. The audience for the optimization service is global. 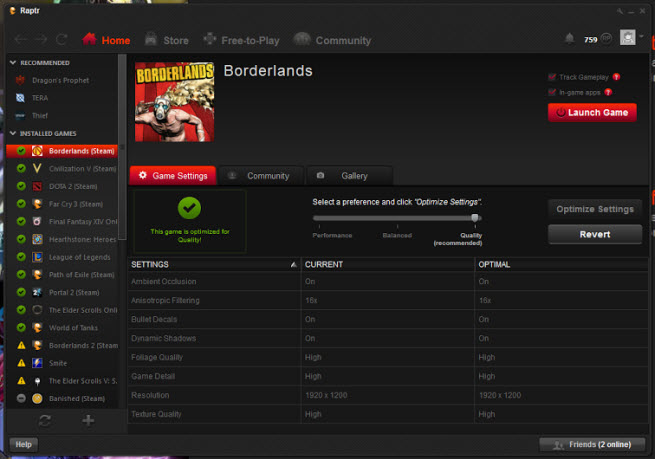 One reason this is working so well is that many of today’s most popular free-to-play online PC games, like Crossfire and League of Legends, have been around for years. Players keep on playing them competitively and want to know the best settings for beating their rivals.

“We are unlocking the power of their PCs so that they can be used as gaming machines,” Fong said. “Free-to-play games are booming.”

This new service is an addition to Raptr’s other business of running a free PC-focused gamer social network. (The company is now retiring that description in favor of being a PC gaming communication platform). Raptr lets players earn points for playing games and then lets members spend those points on free games, hardware, and discounts in the company’s new rewards store. Those rewards are provided by sponsors who want to reach Raptrs coveted audience of hardcore gamers.

Raptr is also rolling out new ads that are targeted at gamers based on their history of game playing. In its first campaign, the click-through rate on the ads for the recently released Thief were 20 times the industry average. Raptr can also cut deals with game publishers, who pay referral fees for new customers.

But Raptr isn’t trying to be all things to all games anymore. It will no longer collect data on the brand new console games that gamers play. (Some of that data was impossible to get anyway due to the sharing policies of the console makers). It will support Xbox 360 and PlayStation 3, but not Xbox One and PS4.

“We have reinvented ourselves with a focus on PC gaming,” Fong said.

Raptr was founded in 2007 and it has raised money from Accel Partners, Founder’s Fund, DAG Ventures, and Tenaya Capital. The Raptr service is available in 100 countries. The company has 40 employees. 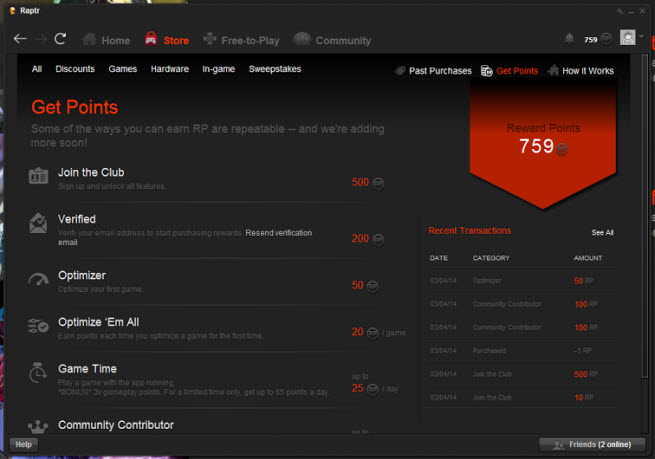