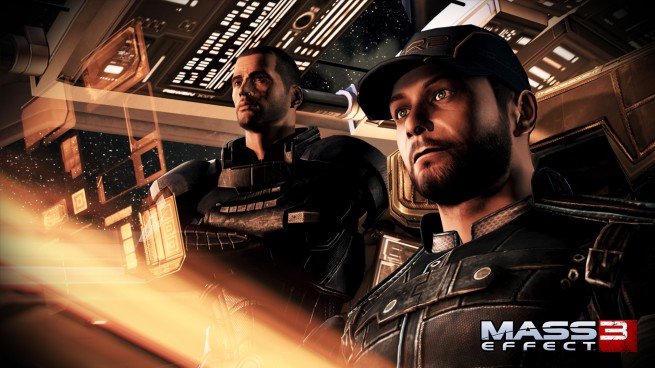 Mass Effect 3 should have been a momentous moment for gaming, truly something to celebrate; not just for the countless gamers who have deeply invested in the universe and characters for five years now, but also for the many developers who have spent eight working on it.

Instead, it has been plagued by one massive disappointment after another: day one DLC, the inability to import your Shepard, the inability to properly import your decisions from previous games, greedy watered-down multiplayer, and last but certainly not least, the ending. I say ending (singular)–even though there are three–because they’re almost completely identical, and they all had the same exact effect: fans hated them.

After two long weeks of thousands of forum posts and articles and charities that raised over $60,000 for sick children, all in the name of demanding a better Mass Effect, BioWare has finally–begrudgingly–admitted defeat.

As co-founder and GM of BioWare, I’m very proud of the ME3 team; I personally believe Mass Effect 3 is the best work we’ve yet created. So, it’s incredibly painful to receive feedback from our core fans that the game’s endings were not up to their expectations. Our first instinct is to defend our work and point to the high ratings offered by critics – but out of respect to our fans, we need to accept the criticism and feedback with humility.

Muzyka goes on to point out (again) that he believes Mass Effect 3 is BioWare’s best game ever (take that, Dragon Age!), and that the feedback from fans was unpredictable and surprising, given how “more than 75 critics [gave] it a perfect review score.”

BioWare has previously addressed the endings by saying “We’re listening,” but not necessarily that anything was being done about it. There’s an extremely interesting read on the official Mass Effect 3 forums where a former public relations agent breaks down BioWare’s careful manipulation and damage control tactics of the ongoing controversy.

But having the co-founder of BioWare step in is undoubtedly the company raising the white flag (perhaps it was all those Amazon returns?). Muzyka doesn’t share exact details, but he does reveal that something aimed at alleviating the criticisms of the ending is coming.

“…the team are hard at work on a number of game content initiatives that will help answer the questions, providing more clarity for those seeking further closure to their journey. You’ll hear more on this in April. We’re working hard to maintain the right balance between the artistic integrity of the original story while addressing the fan feedback we’ve received. This is in addition to our existing plan to continue providing new Mass Effect content and new full games, so rest assured that your journey in the Mass Effect universe can, and will, continue.”

Notice that the ending is not being “changed” per se, only that additional closure (or closure of any kind, in this case) will be provided. Also a sequel/spin-off and lots of DLC have not so subtly been confirmed, by the co-founder of BioWare no less. That’ll help make people forget how angry they are, right?

While this is a major victory for all those who felt wronged by BioWare’s ill-conceived finale, it’s certainly not the first time a developer has accommodated fan feedback. Bethesda did exactly that with Fallout 3, allowing players to choose an alternate ending and continue their adventure through a handful of expansion packs.