Every few months, Microsoft shares Windows Store numbers to help developers figure out what is worth investing their time and energy in. Today, the company unveiled the latest numbers, and for the first time it disclosed downloads across all Windows devices and operating systems by category. The conclusion? Unsurprisingly, games dominate.

Microsoft also shared that over 3 billion visits have been made to the Windows Store since the Windows 10 launch. That said, Windows 8.x still accounts for the majority of Windows Store downloads, though that will soon shift, as Windows 10 users are the fastest growing download segment (both in volume and total percentage of downloads). The number of paid transactions doubled for PC and tablet customers during the 2015 holiday season (compared to 2014), and Windows 10 customers generated 4.5x more revenue per device when compared to people using Windows 8.

With Windows 10 growth out of the way, here is the breakdown of downloads by category for Q4 2015:

Games is the dominant category with 32 percent, followed by Utilities & Tools with 15 percent. Photo & Video, Music, and Social round out the top five.

Breaking down Games into subcategories, we can see that Action & adventure is by far the most popular: 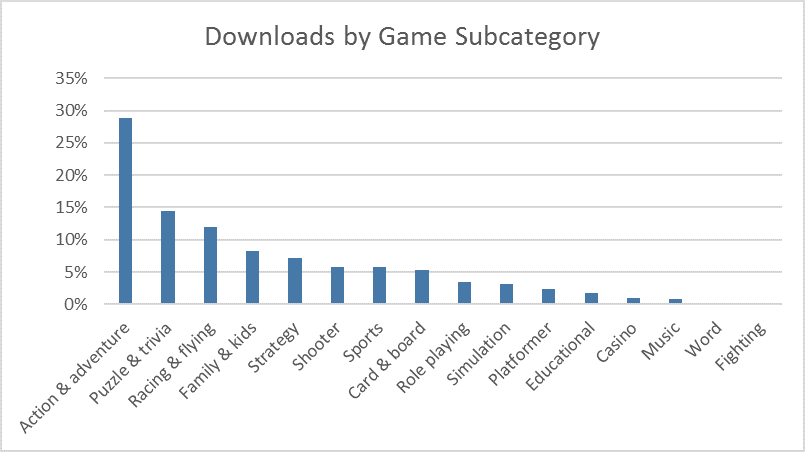 For developers who are looking at what area might be most opportunistic to develop, Microsoft has also shared which categories have the most potential by comparing total downloads versus total available apps in that category. If your goal is downloads, analyzing these categories may help you figure out which one has the highest potential for your new project.

Games may be the most-downloaded category, but Navigation & Maps has more downloads per available app:

If you’re a game developer, you may not want to build another type of app. So for you, Microsoft is sharing Games subcategory data: 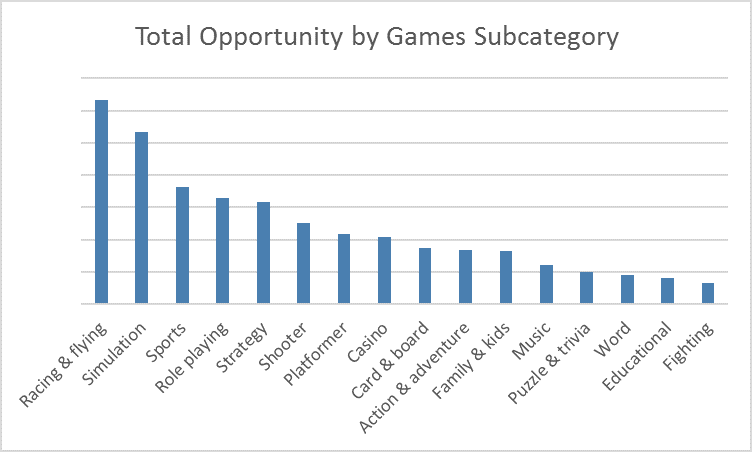 But all of this is rather useless if you have no details about making money.

First up, it’s worth knowing which markets are generating the most paid transactions. This graph shows the total number of paid transactions generated by each market for both paid apps and in-app purchases in Q4 2015: 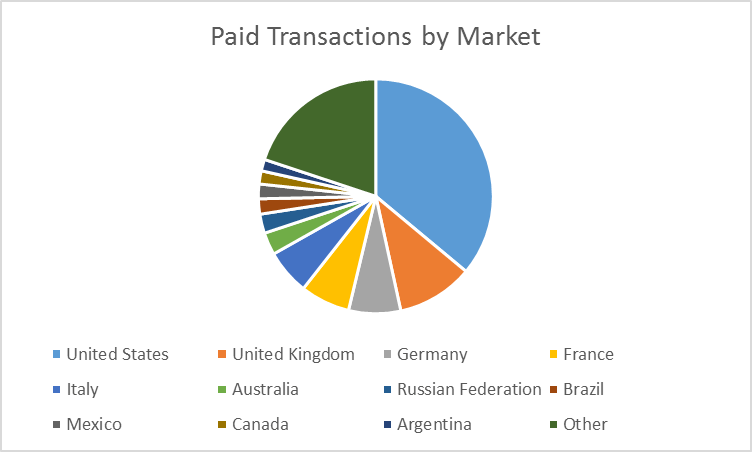 The United States accounted for 36 percent of all paid transactions, though the United Kingdom, Germany, and France take up an additional 25 percent.

If you’re thinking of offering your app or game in more countries, you also need to think about language. The top languages in Q4 2015 are as follows: 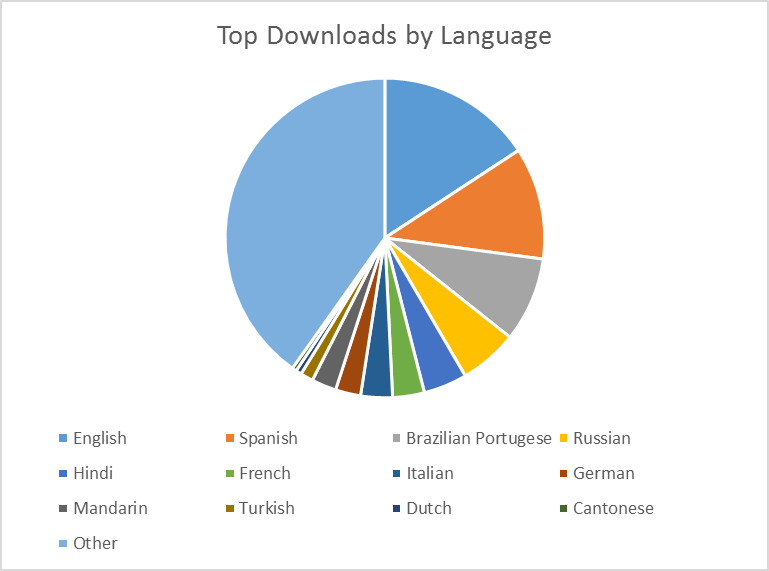 Microsoft says the percentage of overall Windows Store customers downloading apps in languages other than English has increased: Spanish, Brazilian Portuguese, Russian, Hindi, and Italian all gained in Q4 2015.

And last but certainly not least, here is the breakdown of the three monetization options (paid apps, in-app purchases, and in-app advertising): 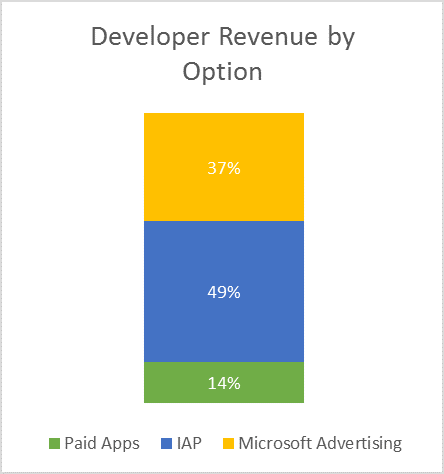 Although paid apps are the lowest source of revenue, they remain stable at 14 percent of overall revenue. Microsoft says this model “continues to be an important revenue source for specialized apps.” Also, the percentage of advertising revenue is likely much higher because the 37 percent figure only includes revenue paid out by Microsoft Advertising, meaning revenue generated through other ad networks is not included.

Tying this all back to games, that’s where the in-app purchase model is particularly popular. The Games category comprised over 85 percent of in-app purchases in Q4 2015.

Here’s a breakdown of the game subcategories: 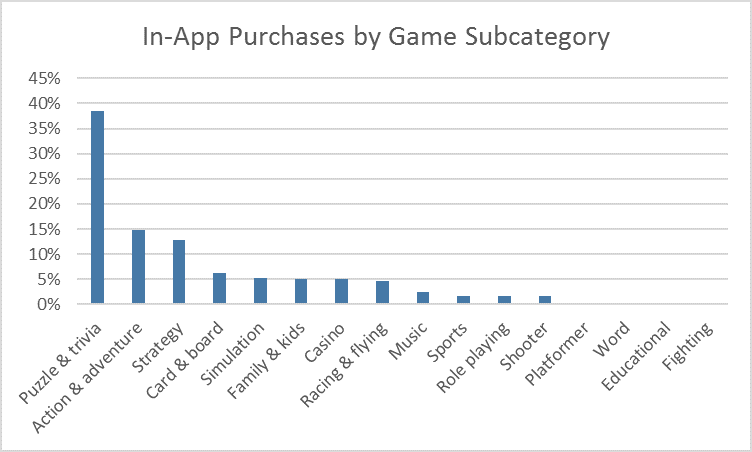 Again, if you’re a game developer, it’s worth looking at the above chart in conjunction with which game subcategories get the most downloads. Especially because most games are free to play, it’s important not to only focus on download numbers.

This is the most useful Windows Store data Microsoft has provided so far. If Windows 10 helps the company’s app store as much as Microsoft hopes, regular updates like these will become very valuable for developers.