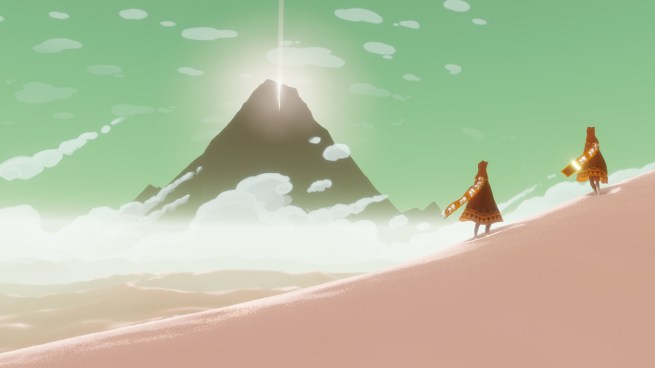 Are games art? Let’s hope not.

Gamers have fits of Internet rage when non-gamers attack the video game industry. Roger Ebert has spoken out against the idea that games can be an art form. Most gamers will tell you that Ebert doesn’t know what he’s talking about. But what if he does? What if he’s right? What if games actually aren’t “art” at all? Don’t panic. Back away from the ledge. Here are five good reasons why it doesn’t matter whether or not games are art.

1. Art is bullshit
Recently I was at the MOMA in New York, viewing highly touted modern art. Most of it was crap. The only thing that made it “art” was that a museum hung it on a wall and said, “This means something.” I started watching the people more than the art itself and seeing the confused looks on their faces that said, “I don’t get it.” Yet, they nodded, showed mild appreciation with a smile, and leaned in as if a closer look would provide clarity. The truth is that most people want to be told what is and what is not art rather than make that determination for themselves. Art of this nature is often defined for the consumer, not by the consumer. Which means most art is manufactured as art. It’s not organic. It’s bullshit. 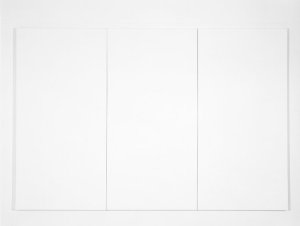 It doesn’t stop at art in a museum. I enjoyed the Oscar-winning movie The Artist, but many people spoke highly of it only because it was a movie you were supposed to speak highly of (it’s a silent film released in 2011 — how daring!). “I guess I’m just not smart enough for this movie,” someone told me after seeing it. The movie itself isn’t questioned — it’s already been deemed an artistic endeavor, after all — so the viewer questions herself. If you don’t get it, well, you must be stupid.

The idea of “art” itself is corrupted, because the public — the consumer — isn’t determining what is and is not artistic. It’s the industries themselves and the media making those decisions for the populace. We risk that same level of corruption of integrity if we stress that games must meet similar artistic standards that we see in museums, in theaters, and in novels.

2. Games go beyond “art”
The hang-up on games being labeled as art (or even potentially being art) is foolish. It attempts to tie games to a standard similar to other mediums. But games aren’t like those other forms of entertainment. Games are interactive. You don’t just read or watch a role played out for you; you become that role. In a game, you have constant influence on what’s happening. Even the most linear of games is still altered by when you choose to jump. Fall and die, and the narrative evolves, even if that evolution is merely restarting at a previous checkpoint.

Gamers worry that if what they play isn’t recognized as an art form, it loses validity. That’s a very limited view of what video games offer. Games are something new, something that can’t be so easily defined as “art” or even as pure entertainment. Emotions are elicited in a whole new way with games so that even something as basic as Pong can cause a more visceral reaction than just about anything shown in the New York MOMA. Don’t confine a whole new way to experience and think about the world to old concepts. Games are something new, something different.

3. Sports don’t need to be art
Fourth quarter, time winding down, fourth and long with one last shot at the end zone — this is about as tense a moment as you get in football. It’s not art, though, is it? And yet millions watch football each Sunday, unconcerned with what Roger Ebert or anyone else thinks of what they enjoy. Sports thrill us, engage us, dominate our lives, and connect us as a society. It’s not art by any traditional definition, but that doesn’t make it any less valid of a way to spend a Sunday.

I’d argue that sports bring a unique narrative. The drama isn’t just about who wins, but who has a grudge against whom. Doesn’t it matter a little more when Peyton Manning faces Eli Manning on the gridiron? Sports fans know who talked smack about whom, who has a history of blowing it at the end of games, who is overpaid, who’s a cheap player, etc. That’s part of the drama of sports. In the proper context, it’s as intriguing as a Hollywood plot, but no one worries about whether or not it’s art. It’s sports. It’s different, right? Well, so are games. They entertain, inform, move us in unique ways — but they are something different than what we’ve usually labeled as works of art.

Games are for the working class. Yes, fat cats can enjoy games, too, but the core of gaming is designed for people who work hard, don’t make a ton of cash, and need to disappear from the world for a little while at the end of the day. Though it takes hundreds of people and millions of dollars to make some of the top titles in the industry, it’s the average Jane and Joe struggling to make a living who keep the games biz thriving.

The “games as art” debate is merely a cry for legitimacy. It’s as if we need non-gamers to see games as some evolved form of entertainment in order for it to be OK for us to enjoy them. Let snobs be snobs and have their lives of snobbery. Games are for us — the common person. We don’t need validation to make video games “legitimate” in any way. Heck, we should despise such accreditation from people who seriously don’t have a clue about this form of entertainment. Games are ours, not theirs. We need to keep it that way. Being labeled as “art” takes away some of the subculture of gaming that is still vital to its long-term survival.

Does it matter if games are art? If games were recognized as being equal to an Oscar winner or the National Book of the Year, would you experience them differently? It shouldn’t even matter if other people love a game you love. If you think Limbo’s dark dream world is the most incredible thing you’ve ever seen in a game, it shouldn’t matter if your friend thought it was dumb. It certainly shouldn’t matter what a bunch of non-gamers think about anything in gaming. Pity them for not being able to enjoy the things games have to offer — true immersion, social connection, and emotional gratification.

At the end of the day, it doesn’t matter what anyone else thinks about games. It doesn’t matter how others categorize games. What matters is how you experience, enjoy, and share games with others in the gaming community.

5 Good Reasons is a GamesBeat opinion series from Hilary Goldstein. Each month, he takes a controversial stance on a topic important to gamers.

Goldstein writes about video games for a living. The former editor-in-chief of IGN.com, he is currently a freelance writer and games consultant. His work has appeared in OXM, GamesRadar, IGN, and GameSpot among others. Even Swamp Creatures Get the Blues collects his short fiction work and is available on Amazon.com. Follow Goldstein on Twitter @hilgoldstein.