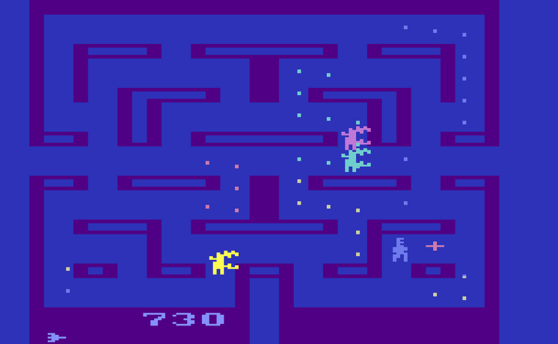 One of the earliest examples of an executive giving the “just slap the movie label on a cart and have it on shelves before Christmas” order for a movie-to-game tie-in. It beats E.T. for the Atari 2600 by a mile just for the fact that it is a playable game. Granted, it is a bizarre and confusing Pac-Man clone with a little bit of Frogger thrown into the mix, but still … I stand firm: It’s a playable game. 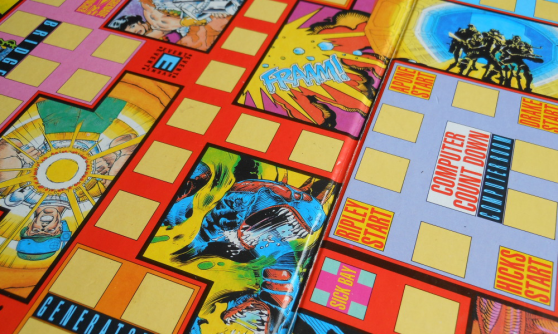 The Alien franchise dodged a pop-culture bullet when a kids Saturday morning cartoon featuring the lovable homicidal space bugs died. Putting the brakes on an expensive, multifaceted cartoon and toy line campaign is not so much like coming to a gentle halt in a Prius, but more like putting all of your weight on the emergency stop cord of a high-speed 100-car locomotive. Some licensed products just wind up off the track, gliding past the engine, and rolling into public consumption regardless. Our example of that is Operation: Aliens — Combat Game.

Players take the role of one of four Colonial Marines: Hicks, Apone, Drake, and Ripley (… wait … Ripley is a Colonial Marine?!?). Their mission is to roam an abandoned ship crawling with xenomorphs, locate the self-destruct code, and destroy the space freighter. The twist is that the marine players are working against each other as opposed to cooperating. So the winner is the marine who destroys the ship with his squadmates inside? They should rename this game, “It’s a cold world, kids!” or “The only one that counts is No. 1” 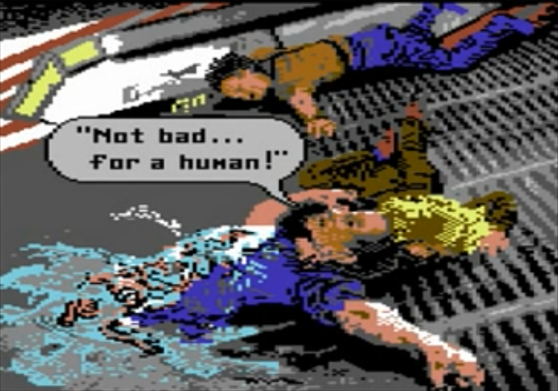 Above: Who sent the comedian android to a bug hunt?

Aliens: The Computer Game is a big-budget (for its time) compilation title (see the Nintendo Entertainment System’s Golgo 13, The Adventure of Bayou Billy, and PlayStation’s Incredible Crisis). Each minigame plays out a scene from James Cameron’s summer blockbuster.

This means that you get to fly through rings (à la Superman 64) while piloting the dropship from a first-person perspective down to LV-426. You then coordinate the Colonial Marines through the complex via different monitor screens to search for survivors and eventually escape back to the USS Sulaco. You finish by facing off against the Alien Queen in a power loader.

The appearance of Activision’s Aliens on this list isn’t because it’s horrible or weird, but at the same time, it’s not on my favorites list either. As with a lot of compilation-designed titles, Aliens falls into that trap of being a collection of mediocre experiences instead of a game with a singular focus. Even if a portion of the game is good, it’s likely you have to play through a lot of “enh” to get there.

Hardcore fans who own a Commodore 64 should load this one up. Everyone else isn’t missing much that a Let’s Play video won’t provide. 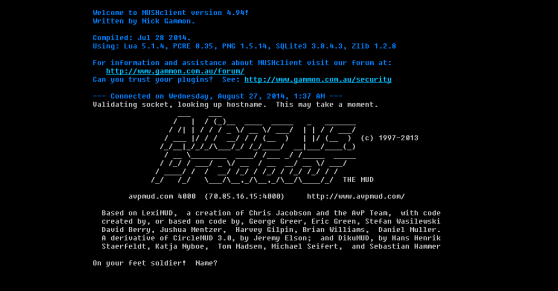 Above: Mother, I’d like to go Northeast. Mother, is a Grue here?

During a time when the Internet was still young and innocent, Multi-User Dungeons (MUDs) were crazy popular with anyone that had Internet access, knew their way around a Telnet shell, and had a functioning imagination. MUDs play like an online version of an Infocom text adventure game, where every room is described in great detail via text. A popular MUD could contain hundreds of players interacting at the same time, making the genre the grand daddy of massively multiplayer online games like World of Warcraft.

The Internet use to be packed with MUD servers, all offering their own unique text-adventure world. One I remember vividly from the later half of the ’90s is Aliens vs. Predator.

What should come as completely unsurprising to those following along, you take the role as either a Marine, Alien, Synthetic, or Predator. You should also know what the objective is: slaughter any player you run into associated with a rival race. In this case, however, your survival depends on having a superior words-per-minute typing speed.

What is shocking, to me at least, is that the server for Aliens vs. Predator: The MUD is still up and running! Find yourself a solid Telnet client, perhaps something free and MUD friendly like MUSHclient, and point them toward avpmud.com:4000. Just make sure to read the rules and information on the official site before diving in. 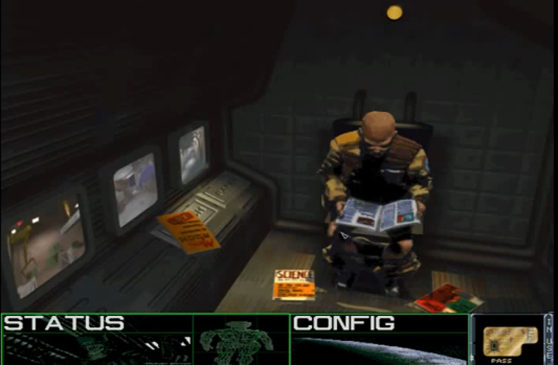 Above: This is just too meta for me to handle. …

If a mid-’90s point-and-click Aliens game sounds like a boring concept to you, give yourself a pat on the back, because you’re absolutely gawd-damned right.

Aliens: The Comic Book Adventure is a frustratingly plodding and tedious excuse of a game. It captures all of the design tropes that made the point and click genre’s golden era come to a painful (and in the case of titles like Aliens: The Comic Book Adventure, welcome) end. That the majority of the game feels like arbitrary busy work such as keeping characters fed and roaming miles of empty hallways, with a weak narrative that suggests that the nonsensical bullshit your characters are doing is for nothing, makes it clear why the genre wound up placing itself into the ghettos of gaming for the next 10 years. Even the Aliens seem too embarrassed to actually show up, as their appearance is scarce at best.

Like a turd desperately trying to cling onto a diamond, the narrative is loosely attached to the Darkhorse Comics miniseries Aliens: Labyrinth. As if to spit in my eye as the final insult, Aliens: Labyrinth happens to be one of my favorite Aliens based graphic novels. Sit through a Let’s Play video if you need to experience this thing. For your sake, don’t actually try to play it.