You can go back to playing games without the fear that they’ll turn you into a monster.

New research from the University of Cologne in Germany finds that long-term exposure to the sexist portrayal of human characters in games does not imbue a person with sexist attitudes in their everyday life. This directly counters the claims of “cultivation theory,” which is the idea that the longer people spend consuming media like games or television, the likelier they are to accept the fictional social realities as the norm. But this latest study found no evidence to support that despite what appears as an increase in sexist attitudes among gamers in recent months, although one critic points out that it uses methodology that may not apply to the problems the industry faces when it comes to gender.

“We found that the use of computer and video games were not related to beliefs about gender roles in a longitudinal study with participants from a representative sample of [824] German gamers aged 14 and older,” Dr. Johannes Breuer of the University of Cologne’s Department of Social Psychology told GamesBeat. “More specifically, we found that a more intense overall video game use — measured in average hours per day — at ‘time one’ was not predictive of more sexist beliefs about gender roles at ‘time two.’ In this case, this was two years after the first interview.”

Breuer also told GamesBeat that he found no evidence for the opposite effect. Put plainly, people who hold sexist beliefs do not play more games than the average person, and that did not change over the length of the study.

And that three-year length is a key aspect of this research. A longitudinal study measures the same variable (the sexist attitudes among participants) on multiple occasions throughout an extended period of time. This enabled Breuer to test if gaming required years to have a measurable effect.

This study did only look at Germans. It’s possible that games could have an effect on attitudes toward gender in different cultures, but nothing about this research suggests that is the case. It’s also worth pointing out that Germans have most of the same games as the United States and most other Western countries — although it is a bit more strict on violence. The European nation has banned releases like Wolfenstein (for the Nazi material), Left 4 Dead 2, and Condemned 2: Bloodshot. No game in Germany is prohibited because of its sexual content.

Breuer’s research surfaces as gamers, critics, and the industry as a whole struggle with how to portray people — and especially women characters — in games. A growing movement, led by critics such as Anita Sarkeesian, has highlighted how creators in this industry regularly rely on the same sexist tropes to represent women. These come in the form of women as sexual play things, as in the Dead or Alive fighting games, or women as “damsels in distress,” where they only exist to give the male hero a motivation to act in Super Mario Bros., Double Dragon, and dozens more.

Most reasonable people do not disagree with the criticism that games typically do not do a great job at depicting women as capable humans that do not need the help of a man. Having a hero save a kidnapped woman over and over is tired and offensive to some people.

“One of the problems with that is [that these tropes] actually reinforce this cultural myth that women are sexual objects or sexual play things for male amusement,” Sarkeesian said on an episode of The Colbert Report a few months back. “And we’re not.”

It’s easy to buy into that theory based on the way that many self-identified gamers have responded to Sarkeesian’s criticism. She is one of many women in this industry who constantly live under the threat of harassment and violence. Sarkeesian has had to leave her home and cancel public appearances after receiving death threats from a large and vocal group of people who believe she is trying to take their games away. Attacking Sarkeesian is basically a genre of its own on YouTube. Hundreds of videos “calling her out” or “busting her” have racked up millions of views and hundreds of thousands of approving “likes.”

Nothing to blame for an obvious problem

Clearly, something in gaming is wrong, but Breuer’s research would seemingly let games off the hook for creating a sexist atmosphere. Brianna Wu, the cofounder of developer Giant Spacekat and another target of harassment by some gamers, disagrees. She takes particular issue with the methodology Breuer used to determine sexist attitudes, which asked respondents whether they agree or disagree with sentiments like “even if both partners work, the woman should be responsible for taking care of the household.”

“The scale this study uses was devised by [researchers Donna Brogan and Nancy Kutner] in 1976,” Wu told GamesBeat. “The questions ask the respondents if they agree with ideas like, ‘The man should be responsible for all major decisions made in a family.’ It’s great that gamers don’t agree with those ideas more than the general population — but it’s not the problem I see in the industry, and it’s not what other women see in the industry.”

“It’s not that men believe that women shouldn’t be gaming and should be making sandwiches instead,” said Wu. “It’s that gamers have strong unconscious biases against women. When they think about what a gamer looks like, it doesn’t look like me — and that affects how they treat me and other women on an unconscious level.” 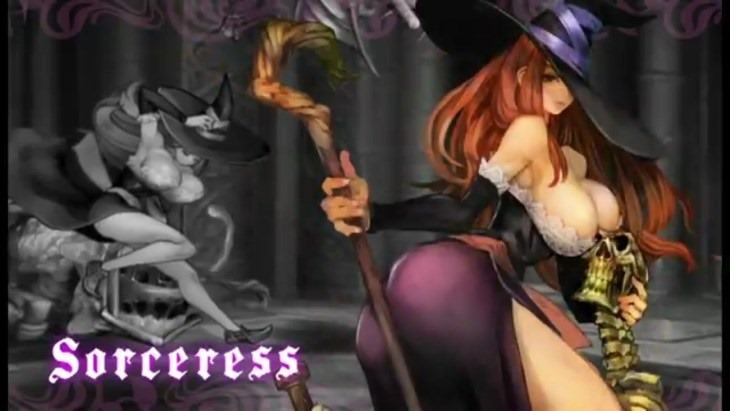 Above: A hyper-sexual portrayal of a woman in Dragon’s Crown.

Wu went on to point out that the study doesn’t consider why women are harassed more than men when they use online services like Xbox Live or why women game journalists get more threats than their male counterparts.

I asked Breuer what he would say to critics of gaming who still believe games are somewhat responsible for bolstering or excusing sexist attitudes. He didn’t buy it.

“I would agree that many games — or at least parts of their contents — can be considered sexist,” Breuer said. “But, similar to the debate about violence in games, I would rather say that games are more influenced by ‘real life’ or ‘society’ than vice-versa. In this case, this would mean that some games do proliferate sexist or other negative cultural stereotypes, but they certainly do not cause them. In general, I would say that the effects of the contents of video games — be they violent or sexist — on people’s actual attitudes or even behavior are often overestimated.”

“You might also say that, even though sexist content in games has little effect on players’ real-life attitudes and behavior, they also provide no reason to change preconceived sexist beliefs,” said Breuer.

And while Wu doesn’t believe that this research debunks her criticisms, she does accept that Breuer is after the truth.

“It’s clear that these are honest academics,” she said. “But in the study’s conclusion, they say themselves they’ve only scratched the surface of this problem and more research needs to be done.”