One developer’s cross-country train trip has become one of the industry’s most interesting and promising game jams.

Early last month, a train departed from Chicago, headed west toward San Francisco. It carried 120 like-minded members of the games industry, a mix ranging from game development students to accomplished professionals. When the California Zephyr arrived at its destination 52 hours later, it delivered these passengers to the 2015 Game Developers Conference, where the over 50 new video games developed along the way would be showcased for the first time.

Game jams — gatherings of game developers to work within a short time frame to create games to encourage creativity  — have become fairly popular in the last few years. The first ones were small, tasking participants to whip up unique creations in a day or less. But members of the games industry have come to enjoy flexing their creative muscles among the company of their peers so much that some jams have even gone international. The biggest of them, Global Game Jam, saw more than 28,000 members from 78 countries produce 5,438 games in the 48 hours of the Jan. 2015 session, making it the largest jam in the world. 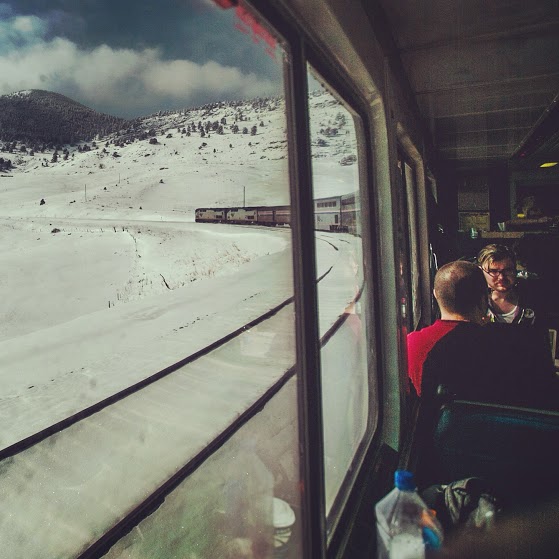 Above: Train Jam’s journey from Chicago took it through plenty of snow.

Train Jam attendees have more time to work on their creations, as it takes about 52 hours to travel from Chicago to San Francisco via Amtrak. And given that such trips on rail really nothing else to do beyond socializing with other attendees, the games flow forth.

Attendance simply requires a free week or two, as well as at least $160 for coach-class fare. This gets attendees a single reclining seat to work out of and sleep in, with no access to beds or baths (the event’s webpage suggests sink-based pseudo-showers), and limited access to Wi-Fi. And it doesn’t include a return trip — attendees are on their own after GDC.

Yet Train Jam participants are already talking about getting in on next year’s event. GamesBeat spoke with the creator of Train Jam, Adriel Wallick, just after the 2015 Game Developers Conference, where the creations of the second annual Train Jam were featured in a new, dedicated event space.

Here’s a transcript of our talk, accompanied by photography from Train Jam attendee Izzy Gramp.

GamesBeat: Having a game jam in a moving vehicle is a pretty clever idea. How did you come up with it?

Adriel Wallick: Train Jam, itself, was born out of a cross-country train trip I took after I left Boston to become a nomadic game developer. I let my lease expire, sold most of my stuff, put the rest of it into storage, and then hopped on a train with my suitcase and laptop bag, from Boston to Seattle. It was an amazing, scenic, and very relaxing train ride, where I ended up playing a number of games, working through a few ideas, and staring out the window a bunch.

Once I arrived at PAX Prime, which was the final destination of my journey, I ended up talking to a number of other developers about the trip I had just taken. Through a number of these conversations, it just sort of ended up coming about that it was the perfect location and length for a game jam.  So, I looked into how group reservations work on Amtrak, booked a reservation, whipped up a website and an eventbrite page, and put the tickets up for sale.

GamesBeat: What else sets Train Jam apart from other game jams?

Adriel Wallick: Because of the strange location, Train Jam ends up putting developers into a really unique mindset. The physical constraints of being stuck in a small space for 52 hours (save for the few stops that we have along the way), means that there’s a lot of cross-collaboration between teams. There’s a sense of closeness that a lot of other jams don’t really create and a lot of really interesting ideas that come out of the conversations and interactions with one another.

There’s also a bit of a technological constraint that happens since there is extremely limited Wi-Fi for developers to use. For the majority of the trip there is zero connectivity to access documentation, downloads, source control, etc. This forces developers to work in a different way than they’re used to and approach various problems from a different mindset. This affects everything from art, to what engine they use, all the way down to how they program a specific part of the game.

And finally, the scenery and our fellow train passengers and employees manages to inspire a lot of different ideas. Many games end up being born out of the views that we see out of the window and the stories that the people on the train have. One prime example of this is a game that was made this year by Adriaan de Jongh and Rami Ismail called Mark Ellis: Train Inspector. It’s a game that was born out of a conversation with one of the Amtrak employees about the intricacies and bridge inspections. 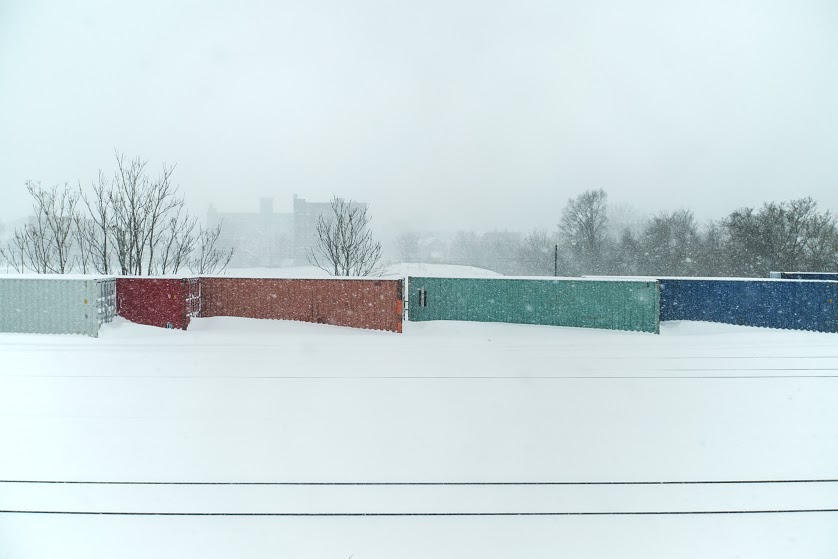 Above: The scenery from the train inspired many of Train Jam’s games.

GamesBeat: So, the magic is in the confined space?

Adriel Wallick: I think that being in that confined space for so long and traveling through places [in] the United States that most people have never been to before ends up sparking a lot of different creative ideas. There’s something about putting yourself in an unfamiliar circumstance that causes your brain to activate the various parts that you don’t normally use, which, in turn, triggers gazillions of ideas that you’d never think of before. This is why it’s so important, as a creator, to do things outside of your comfort zone!

GamesBeat: Do you find that there is there a theme to the works that have come out of Train Jam?

Adriel Wallick: Trains. There’s always a large number of games that come out of Train Jam that are centered around trains. Even though I never pick a theme that is outright about trains, the nature of being on a train causes a lot of people the create games that are themed around trains.

Other than that, I tend to see a wide range of games that are created. Everything from puzzle games to procedurally generated narrative experiences. There’s no one type of game that seems to come out of this.

I’ll be putting the games from this year’s train jam up online very soon for everyone to check out.