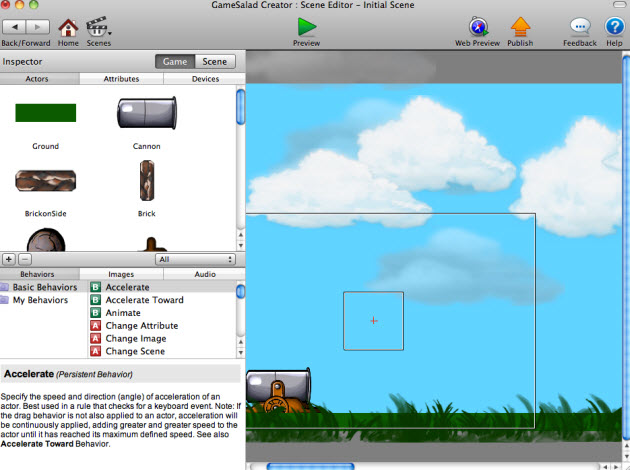 GameSalad, a maker of game development tools, has raised $6 million in a second round of funding. The company’s goal is to enable anyone to make mobile and web games. 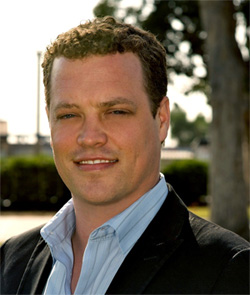 The Austin, Texas-based company has made a suite of tools with a drag-and-drop user interface, making it easy for users to develop their own games even if they don’t know any programming. The technology is another example of how we’re becoming a “creator economy” in which everyone contributes digital content.

The round was led by Disney’s Steamboat Ventures, with participation from Greycroft Partners, DFJ Mercury, DFJ Frontier and ff Asset Management. The company will use the money to grow its technical and product teams and further develop its game creation technology. Steve Felter (pictured), who recently joined as chief executive, said the company will unveil some new technologies this year that bring people together through the creation, sharing and playing of games.

Beau Laskey, managing director at Steamboat Ventures, has joined GameSalad’s board of directors alongside existing director Blair Garrou from DFJ Mercury, who led the company’s initial seed round. Dana Settle, partner at Greycroft Partners, joins as a board observer.

GameSalad’s tools can be used to make games for Apple iOS devices, the Mac, and the web. It has been used to create more than 8,500 games to date.

GameSalad appeals to anyone who has ever dreamed of creating a game. Abdulrahman Al-Zanki, a 14-year-old student in Kuwait, accepted a dare from a friend who said he was incapable of building an iPhone game. He downloaded GameSalad, which is available for free in its limited form. Three days later, he submitted his first game to the App Store. Now that game, Doodle Destroy, has been downloaded more than 1 million times and has been featured on CNN.com.

“It’s like a lottery. There’s always the chance of making the next Angry Birds,” Felter recently told us, referring to the Rovio game that has been downloaded more than 100 million times.

Once game makers get the hang of it, they can buy the professional version of GameSalad in order to better monetize the games.

GameSalad was founded in 2007 by Agustin, Daniel Treiman and Tan Tran. The company had previously raised at least $1.2 million from Steamboat Ventures (Disney’s investment arm), DFJ Mercury, DFJ Frontier, and ff Asset Management. Rivals include Unity Technologies, which makes tools for the professional and amateur crowd. While GameSalad focuses on two-dimensional games, Unity’s tools (which require programming knowledge) can be used to make sophisticated 3D games. Other rivals include non-game app makers WidgetBox and Cabana. GameSalad has around 20 employees.