Game and virtual world investments soared to $885 million in 2008, but the picture is likely to be a mixed one this year. Games are one of the few industries still growing at retail (13 percent in January), and online games are still a hotbed of entrepreneurial activity.

But will the industry hold up in 2009? And will big investments in game companies still make sense this year? We talked about the state of game investments with Tim Chang, a principal at Norwest Venture Partners to get his take on those questions.

Chang is on the opening game investor panel at GamesBeat 09, VentureBeat’s inaugural game conference coming up on March 24. At Norwest, Chang focuses on digital media, mobile, and Asia Pacific investments. He’s been involved in venture capital for more than a decade, both at Norwest, which he joined in 2006, and at Gabriel Venture Partners. 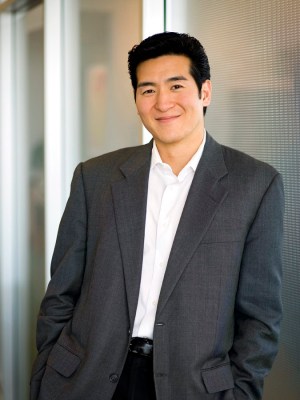 Chang said that the parts of the game market that are cooling off include the in-game advertising market. In-game ad company Massive, which inserts ads into scenery in games (in billboards, for example), scored big in 2006 when Microsoft bought it for an estimated $400 million. That started a stampede toward in-game ads, culminating with Google eventually buying Adscape and entering the in-game ad market last year for casual games. While that market is still going strong, investment in such companies is tapering off, as it settles into a bigger market with players such as Microsoft‘s Massive, Google, Double Fusion and IGA Worldwide. So while that market isn’t dead in terms of revenues, it’s not attracting investment because it has moved past its peak hype cycle, Chang said.

By contrast, one sector that’s still in its peak hype cycle is social games. Players in this category include Social Gaming Network, Zynga and Playfish. Other hot categories include mobile payments for games, virtual goods, and what Chang calls white-label engines that fulfill functions such as software-as-a service for virtual worlds. Still other hot areas include engines that make it possible to play games with high-quality 3-D graphics on web browsers. Companies in that category include Unity and InstantAction, the last of which we wrote about last week.

Chang is watching the iPhone ecosystem for companies that are able to make money off a bunch of applications, such as RockYou does with Facebook applications. While many iPhone game developers can get by with just five people and make profitable games, Chang observed that professional game developers are moving into these iPhone and social games companies. SGN, for instance, hired Eric Hunyh, a veteran from Vivendi Games, as its chief technology officer.

VCs are crawling over the game space, looking at everything from small casual companies to big studios making high-end games such as Trion World Network and Cryptic Studios. At the same time, some observers are wondering if gaming is falling apart at the high end as big companies such as Electronic Arts hit hard times and profits are concentrated in firms such as China’s online game companies and Activision Blizzard, owner of World of Warcraft, the most popular subscription fantasy role-playing online game.

“The old publishing model is broken and needs repair,” Chang said. “Does that mean a resurgence for indie games?” Yes and no. The indies are capital efficient, which is good during a recession, and can launch games that quickly make themselves profitable. But they have a hard time getting bigger distribution and reaching scale, and they have a hard time coming up with repeat hits. They may have to sell out to a big publisher, but the big publishers may find they have dozens of acquisition targets.

Only one or two will stand out, like Club Penguin (sold to Disney for $700 million) or BioWare/Pandemic (sold to EA for $860 million). Zynga and SGN are certainly hoping to follow in those footsteps. There will be a lot of companies that get stuck in a rut. Somebody may have an opportunity to roll up a lot of the under-capitalized gaming startups. That’s why the war chests of BigFish Games, which raised $83 million, and Trion World Network, which raised $70 million, may come in handy.

But Activision Blizzard and EA aren’t likely to be the only acquirers. Other media companies coming into the fray, such as Disney, MTV, CBS, Warner Bros. and Comcast, are likely to buy game companies. Because of those prospects, and because games continue to be a haven in the economy, VCs are piling in.

Chang said that VCs who used to focus on enterprise software are now pivoting into games, resulting in dumb deals. But at some point during the recession, Chang said, the “tourist money will dry up.” The problem the clueless VCs will find is that the gaming elite is still a small club. Many of the best stars in the business have made money and don’t need funding. The rest are highly sought after.

Chang believes that the quality companies in the future will have a combination of talent from social networking startups and talent from established game companies. They will likely explore alternative business models such as virtual goods or hybrids of subscriptions and free-to-play (try it out for free, buy virtual goods later) models. Those models have been proven in China and Korea but have yet to see breakout success in the U.S.

Chang likes emerging sectors such as music games and those that are taking games in new directions, such as Lumos Labs, which is one of the companies making brain-training games and which Norwest invested in. He also says there is a lot of investment opportunity in Asia.

With inexperienced VCs moving into gaming, the money is still there for good companies. Is the investment environment slower than in 2008? Yes, Chang said, but there are still good opportunities out there.