Disney has leveraged this truth to create several nation-sized economies across almost every conceivable market space. The house of mouse has lent its intellectual property to games for decades, but the prominence of the games-as-service model — particularly in the mobile market — has led Disney to evaluate how best to utilize the space. Sometimes, as we found out this past Thursday, that can mean removing almost 100 mobile games off app stores. We recently spoke over the phone with Disney Mobile Games’ SVP and GM (and GamesBeat 2015 main stage speaker) Chris Heatherly about how the house that Walt built is “playing moneyball with the app store.”

How Disney views the gaming industry will be the main crux of Heatherly’s fireside chat with Facebook’s AJ Glasser at GamesBeat 2015, hosted at the San Francisco Grand Hyatt Union Square October 12 and 13, and it all comes down to retention. The primary mode of interaction audiences have expected from Disney for these past seven decades is a solitary, temporary one.

“We are a much broader-based entertainment company,” Heatherly said. “…a company primarily known for linear video content.”

What gaming represents is a venue for consistent engagement, often on a personal level. Disney has the largest arsenal of media properties on the planet, and with games, they have an ability to grant players a venue to interact with them as frequently as they want. 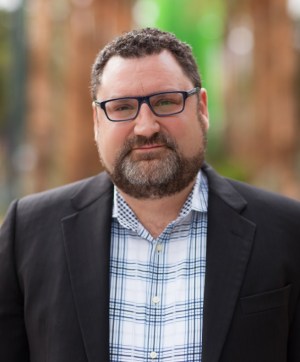 Above: For Chris Heatherly and Disney, building interactive experiences out of narrative-heavy brands relies on finding story conceits.

“Games drive retention,” said Heatherly. “They drive daily engagement…increasingly people are going to want to interact with our characters.”

And daily retention is about the only gap left Disney hasn’t already covered in its entertainment network. Even if you wanted to see every single piece of media content produced in association with the house of mouse, you still have to operate on a schedule, often set by an intermediary. Watching or recording TV shows through a cable provider, or going to a theater every few months. Continuing to advance in interactive (particularly mobile) media has allowed Disney to close the attention gap, and open a direct and constant line of communication between its brands and its users. One in which they can have a more active role in how the story plays out.

Providing that service requires granting your audience a lot more agency than they get as moviegoers. Not much of a problem when letting players go on a non-canon adventure with Donald, Goofy, and a bunch of Final Fantasy characters. But how do you grant your “guests” (Heatherly and Disney’s favored word for their customers) control in a tightly-controlled continuity like Star Wars? The answer, in no uncertain terms, is story conceits.

“When we work with a partner like Kabam to make a game like Star Wars Uprising or Marvel Contest of Champions, [we spend] a lot of the time … on the story concept,” Heatherly said. “In Contest of Champions any Marvel character can fight any Marvel character, and we need to find a conceit for that. The Marvel folks dug back into their archive and used the story concept of the Collector.”

As it turns out, when you are working with the tech-savvy continuity geeks in the Marvel and Lucasfilm offices, finding a reason to get Spider-Man fighting the X-Men is not only possible, but it could lead to a spin-off comic book series. Digging up the Collector and his run as Marvel universe antagonist turned Contest of Champions mobile fighting game into a trans-media enterprise. But the challenge is still, by Heatherly’s admission, “is a very delicate process.”

Never under-estimate the value of giving kids perpetual access to products tied in with the movie Frozen. The Frozen Free Fall has seen over 100 million installs, and is just one property Disney is making interactive.

“We’re able to leverage the cultural noise and ground-swell to help drive installs really effectively for our IP,” said Heatherly.

To hear more about how Disney views the gaming industry, register (while you still can) for GamesBeat 2015, and come see Chris Heatherly’s fireside chat next week.