Well, this list sure feels a lot like 2015: a role-playing game from Obsidian Entertainment, a couple of games from Japan, and just the biggest card game in the industry.

Welcome to 2016. I’m Jason Wilson, the managing editor for GamesBeat (I’m the guy who, well, thinks he holds on the reins for Jeff, Mike, and Dean). Just as my approach to my top games of 2015 was a bit unorthodox last year, my take on my favorite games of 2016 is again different — this time, it’s a mix of the games that brought me wonder and joy — and also amazed my children. 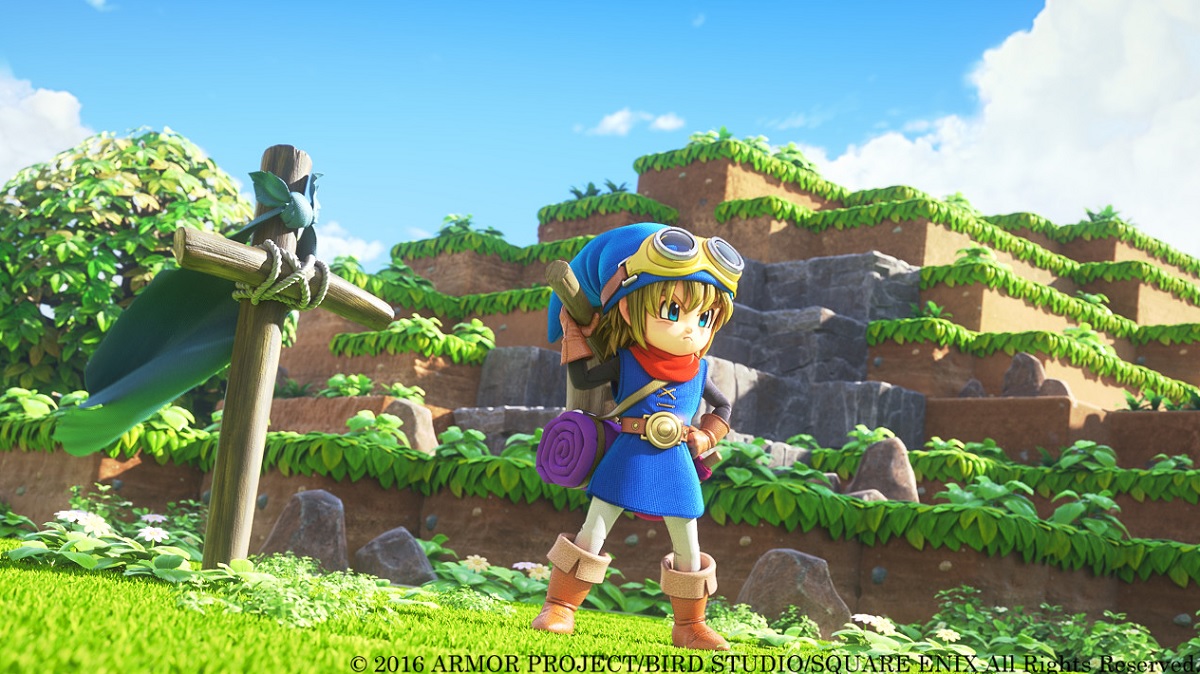 Above: Dragon Quest Builders has a blocky world with realistic characters.

Dragon Quest VII came out earlier this year, but it’s just a bit too much for my 6 year old. But Dragon Quest Builders is an approachable way for me to introduce both him and his 4-year-old brother to the beloved fantasy world of smilin’ slimes and silly puns. They fell in love with it — the building is more streamlined than what you see from Minecraft, and the quests give you a sense of direction. They can fight the monsters running around, and they enjoy the story of rebuilding the world and preparing to take on the big bad. I just hope that Dragon Quest XI is as approachable as this is for them — and that I can thank this game for setting off what I hope will be years of adventures.

This was one of the biggest surprises of the year for me. The mix of Pokémon-like monster collecting and odes to Final Fantasy’s lore-rich past make it an ideal game not just for series veterans but newbies, too — including children. It’s a great “My First Final Fantasy,” and my children are still begging me to play it with them a couple of months after its release. The combat system is also enjoyable, using a stacking mechanic with your monsters to help you plan your attack and take advantage of your enemies’ weaknesses.

I’m an old fart, but I’m also an old fart who once loved shooters. Back when Castle Wolfenstein and the original Doom were new, I loved racing through the levels, blasting everything that stood in my way. Now, 2016’s Doom isn’t just a HD remake of the iconic game from 1993, but it captures that old-school style of shooter. It’s challenging, it’s atmospheric, and it’s a helluva ride. 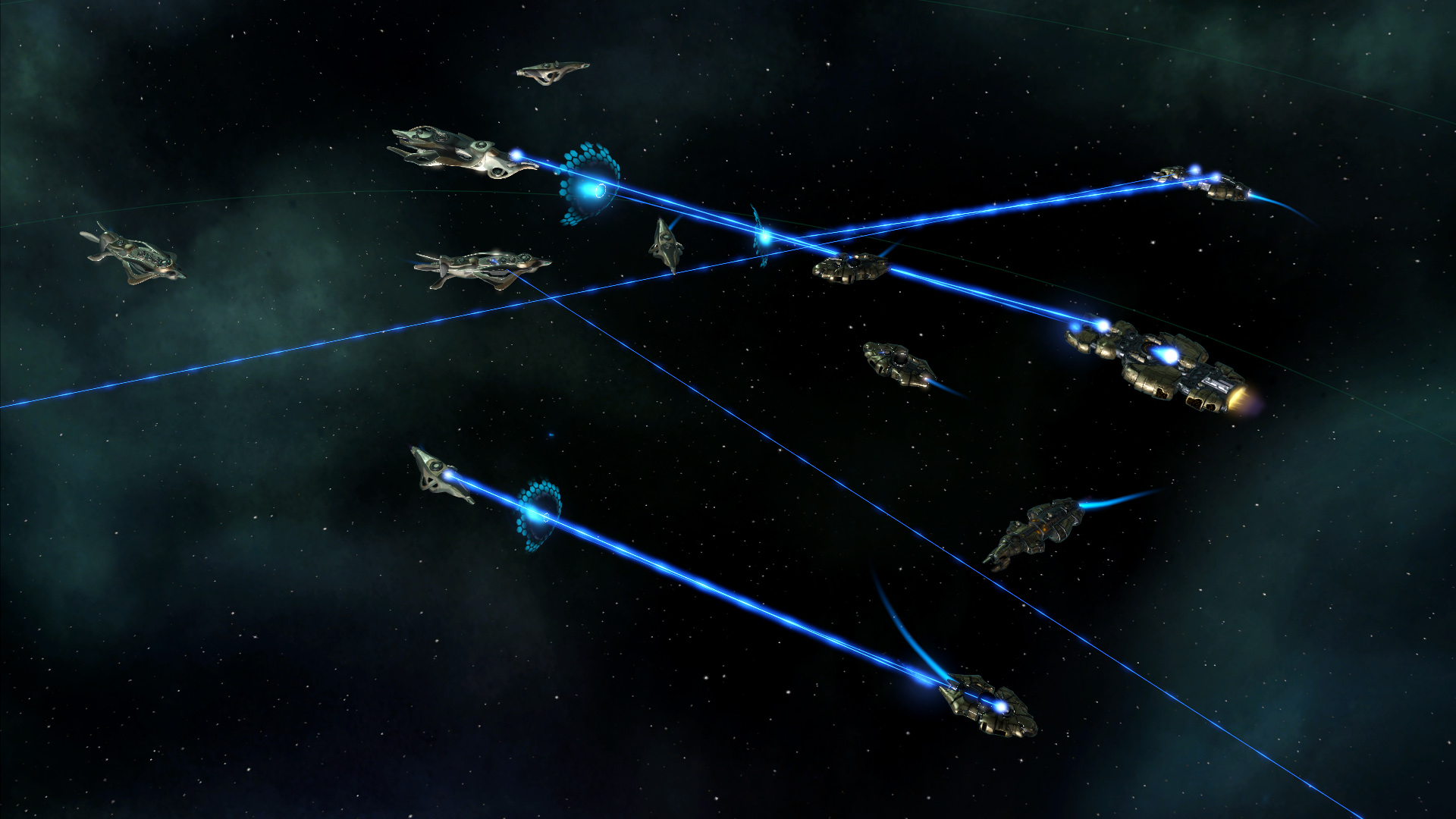 Above: Combat looks great up close like this — or from across the system. Also, blue lasers: definitely better than red ones.

Paradox Interactive’s known for making grand strategy games … of a rather historical bent. Games like Crusader Kings and Europa Universalis have setting hundreds of years ago. Hell, the publisher’s most modern strategy hit is Hearts of Iron, which takes place in World War II. Stellaris takes the company’s game design into space for the first time, and it provides a counter-point to games like Master of Orion or Galactic Civilizations III. Here, you’ll find more emphasis on exploration and developing your civilization’s culture and ethos than in other 4X interstellar strategy games. Does war happen? Sure, but I don’t feel as railroaded into conflict as often as I do in other space games. 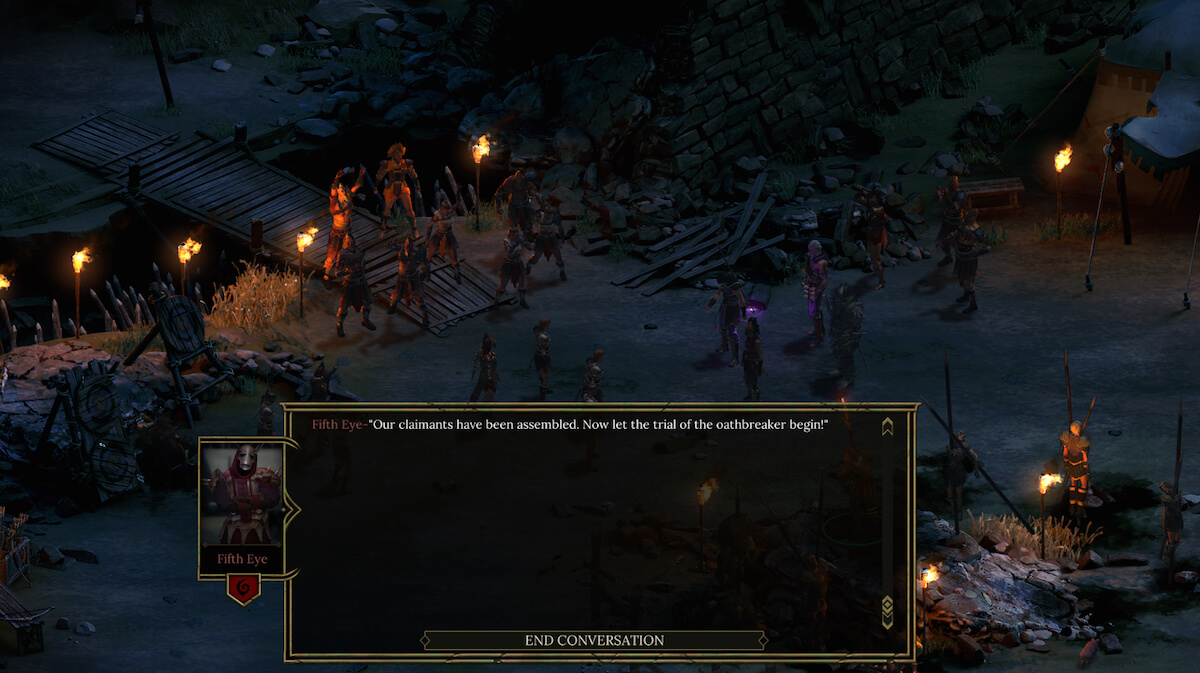 Obsidian Entertainment’s latest in a string of excellent role-playing games tacks into a different direction — here, the darkness has already won, and you play as the voice of the law in a world where your choices aren’t always between good and evil. Like Pillars of Eternity, Tyranny throws a modern shine on the classic role-playing games of the 1990s like Baldur’s Gate or Icewind Dale (though it does limit your party to four members). It has its own magic and combat system that stands apart from Pillars, too, taking in combos among party members. 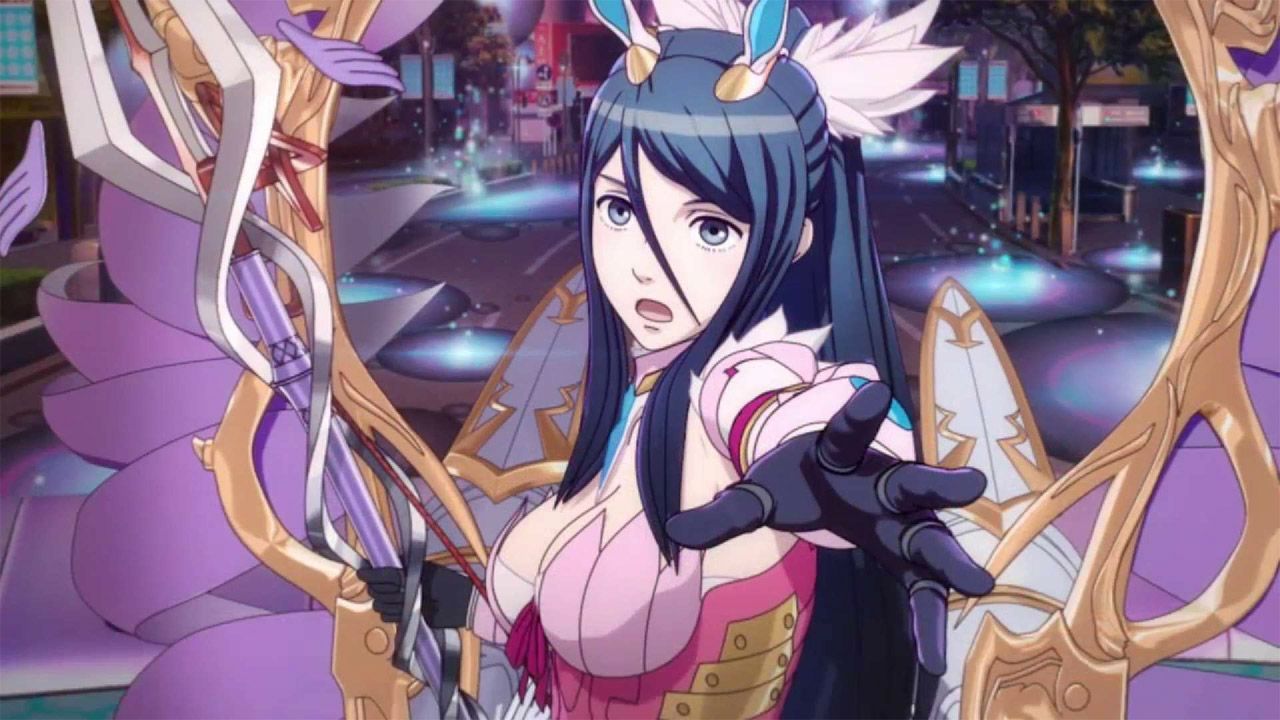 Above: Tokyo Mirage Sessions FE brings Persona-like gameplay to the Wii U.

The latest console role-playing game from the makers of Persona and Nintendo’s Fire Emblem strategy series gave me a reason to put something new into my Wii U for the first time all year when it debuted in June. And I’m still chipping away at this delightful and weird Atlus game. It leans more toward Persona than Fire Emblem, featuring a similar demon-powered RPG style as the Shin Megami Tensei series. It’s gorgeous as well, with bright colors you don’t find enough in today’s game design. 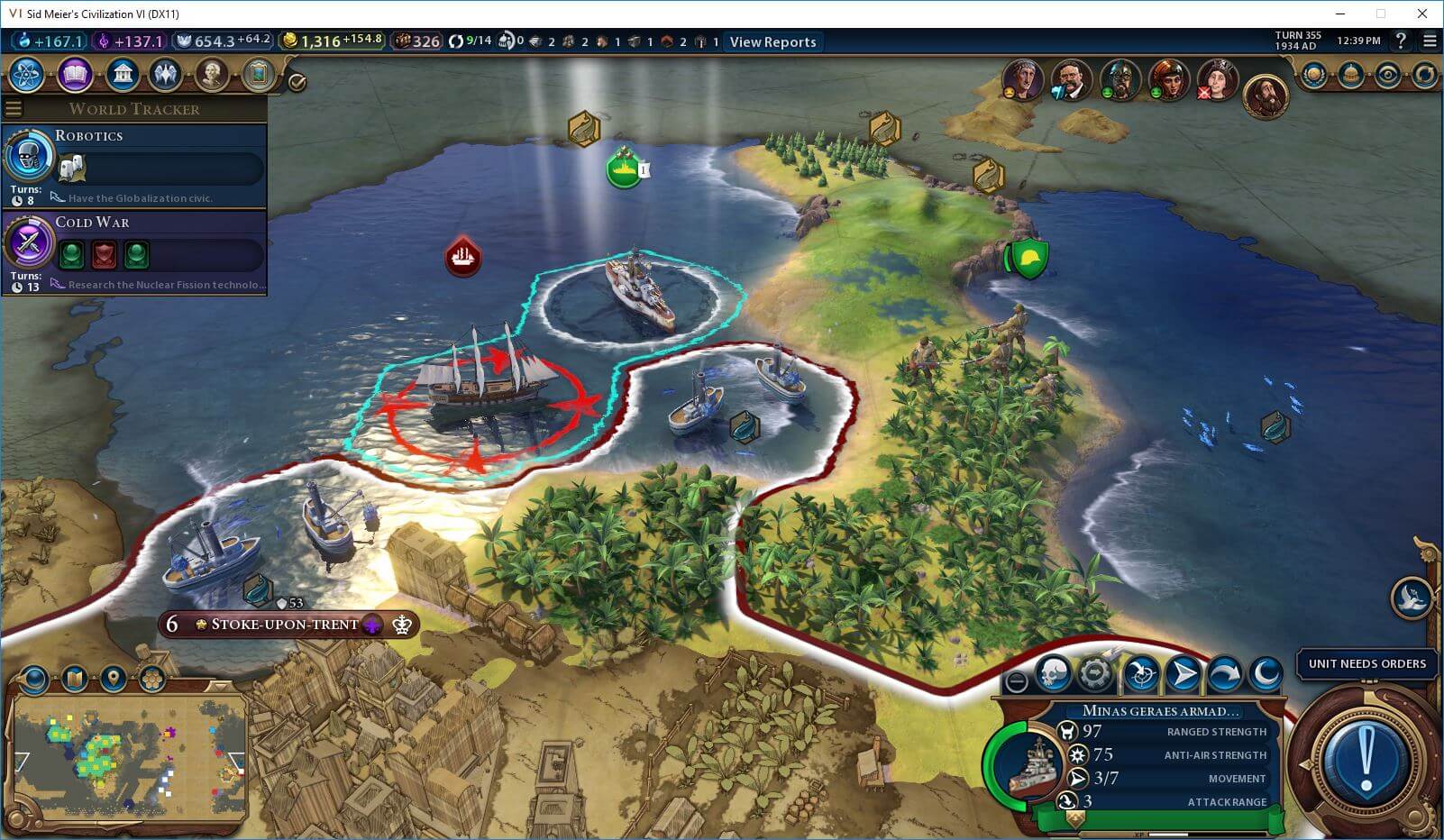 Above: In the navy!

This long-running strategy series from Sid Meier and his Firaxis studio feels more complete at launch than it has since the debut of the franchise’s first game back in … 1991. It offers the same, “just one more turn” gameplay that’s made building your civilization so compelling for 25 years. It’s a bit more cartoony, taking its visual cues from the mobile Revolution series, but it somehow fits the franchise quite well. And by pulling buildings out of your cities and turning them into districts (like encampments for your military, campuses for your sciences, and so on), Firaxis has made you think more about where you settle and how you lay out your civs. Those adjacency bonuses that come from districts matter, after all. 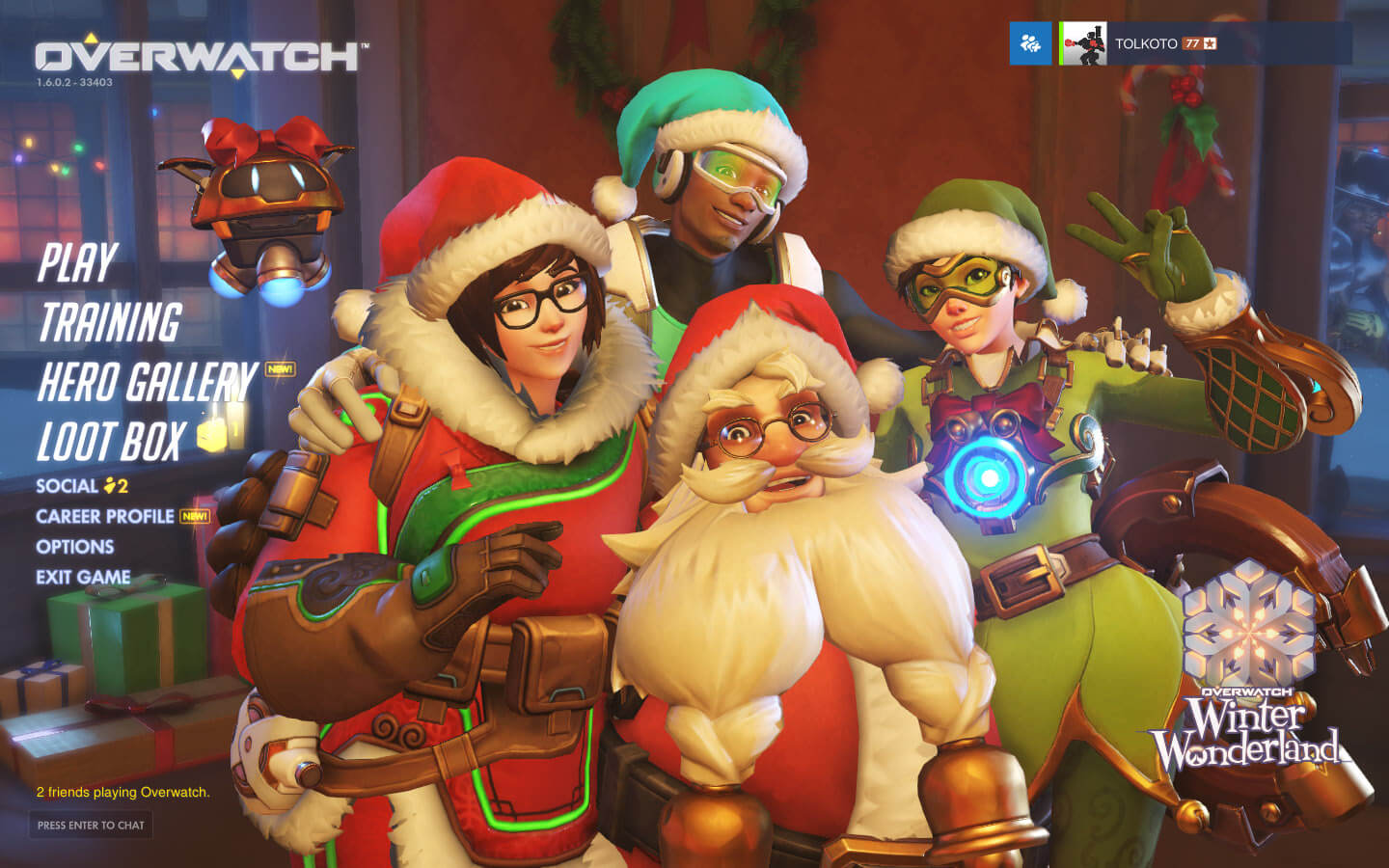 Above: Overwatch is celebrating Christmas.

Blizzard Entertainment’s 2016 hit did something that Team Fortress never accomplished: get me into a team shooter. I fell for Overwatch from the first time I played it, piloting D.Va and her mech across the battlefield and blasting everything that got into my way. I later learned I could use the mech’s self-destruct and dash abilities to launch an improvised bomb on the map — something I still try to do at least once a match, just to make me laugh. But what grabbed me was how I could play Mercy and make a significant difference to my team’s performance without firing a shot — by just healing my teammates. And thanks to its cartoonish violence, I can feel OK playing this in front of my kids — something I can’t say for other shooters (even one on this list!).

My favorite role-playing game this year comes from Red Hook Studios, by far the smaller group of game designers on this list. It does something that no other game accomplishes in 2016 — making me feel dread. You recruit adventurers to help you clean out your ancestral home of the horrors, but these twisted terrors can do more than rend your flesh. They can drive you insane, which could have positive benefit … or make your warrior a gibbering glop of impotent rage. The strategy comes from creating a party with the best skills and powers to take on different parts of the mansion while managing their insanities and other ills. Oh, and don’t get too attached to that Highwayman who’ve you leveled up a few times — when characters die, they head to the graveyard. No Phoenix Downs or resurrection spells in this dungeon! 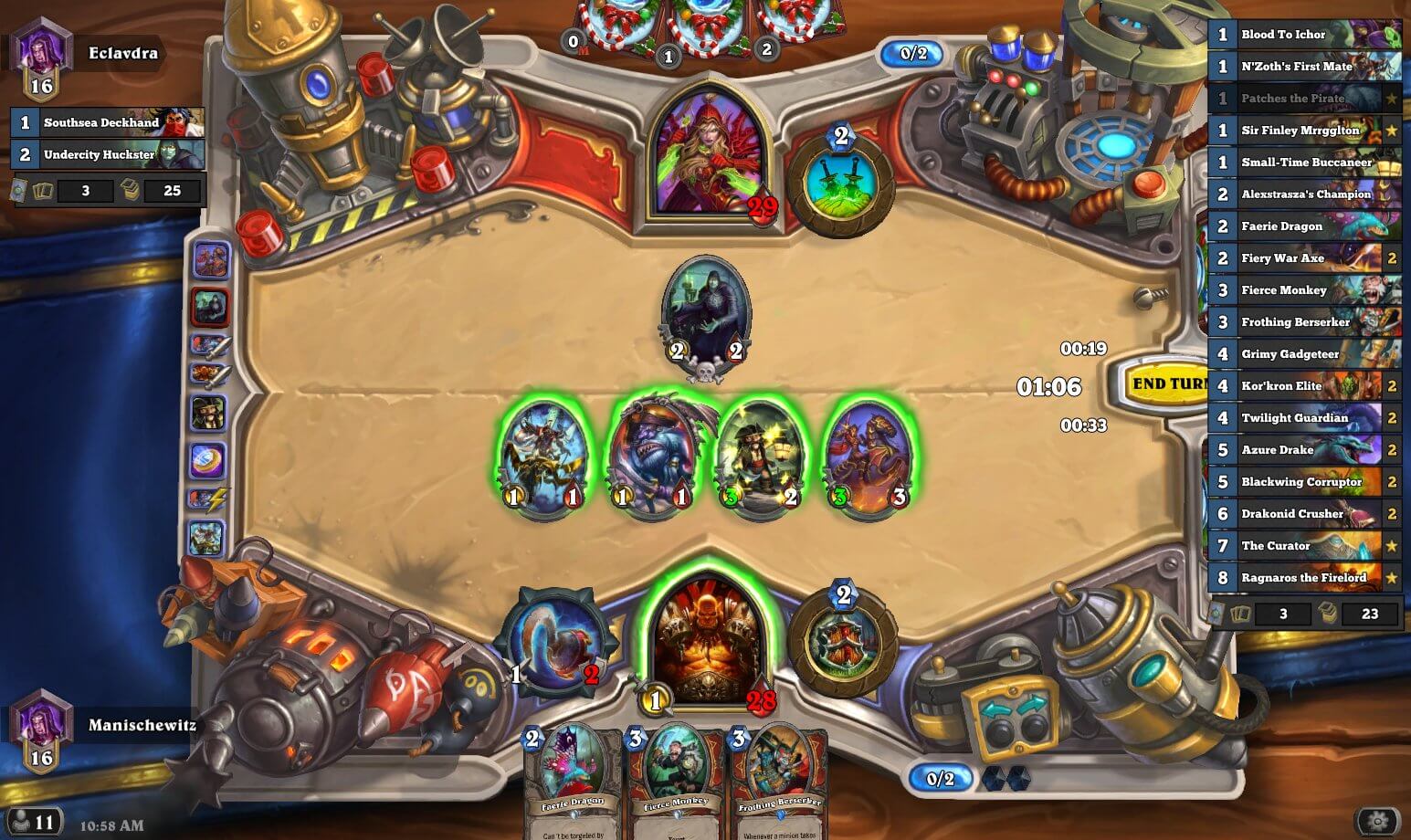 Above: This is a gross Turn 2 board.

My favorite game of 2015 is also my top game this year, but for other reasons (besides being my most-played game of 2016). Blizzard’s Team 5 (the design group that designed Hearthstone) faced a gargantuan task for the first four months of the year — planning its Standard set rotation scheme while also prepping its first set of 2016, the 134-card Whispers of the Old Gods expansion. It pulled the task off, revitalizing (for a time) the $1.2 billion card-game market leader while at the same time creating a raft of new decks to play (and new controversies, thanks to the random-based old god Yogg-Saron). But Blizzard has shown a willingness to listen to its players unlike ever before, fixing some cards that the community felt were broken, changing the draft pool in the Arena mode (where you take random cards and make a deck), and polishing off the year with a raft of changes to how its esports works and the enjoyable Mean Streets of Gadgetzan expansion. Through all of this, I continued to play nearly every day, listening to three podcasts on how to play and its culture, reading articles, and testing decks.

But what made Hearthstone so fun for me this year was how I gave up on trying to beat ladder decks and just embrace what I find fun — silly creations focusing on random cards doing wacky things and control decks that lead to near-impossible combos that essentially win matches. And in the process, I earned my first three golden hero portraits, and I’ve learned more about how to play than any time when I was trying to see how well I could counter the best decks (or try them myself).

I want more from Hearthstone — better draft modes, new modes, and a better ladder system — but unless Team 5 makes radical changes, I see myself playing just as much, if not more, Hearthstone in 2017.