My approach to my top 10 games of the year is … different.

I dig free-to-play online games — especially those that offer regular expansions. And I don’t see why those games shouldn’t be part of our look back at the year’s top games. It’s new-to-2015 content, and if you look at the hours I’ve spent playing games, it’s Hearthstone: Heroes of Warcraft and World of Warships that dominated my time — and enjoyment. Not traditional releases like Rise of the Tomb Raider.

I still dig some of these “traditional” games, though — especially a fantastic callback from one of the best role-playing game studios around.

10. Path of Exile: The Awakening 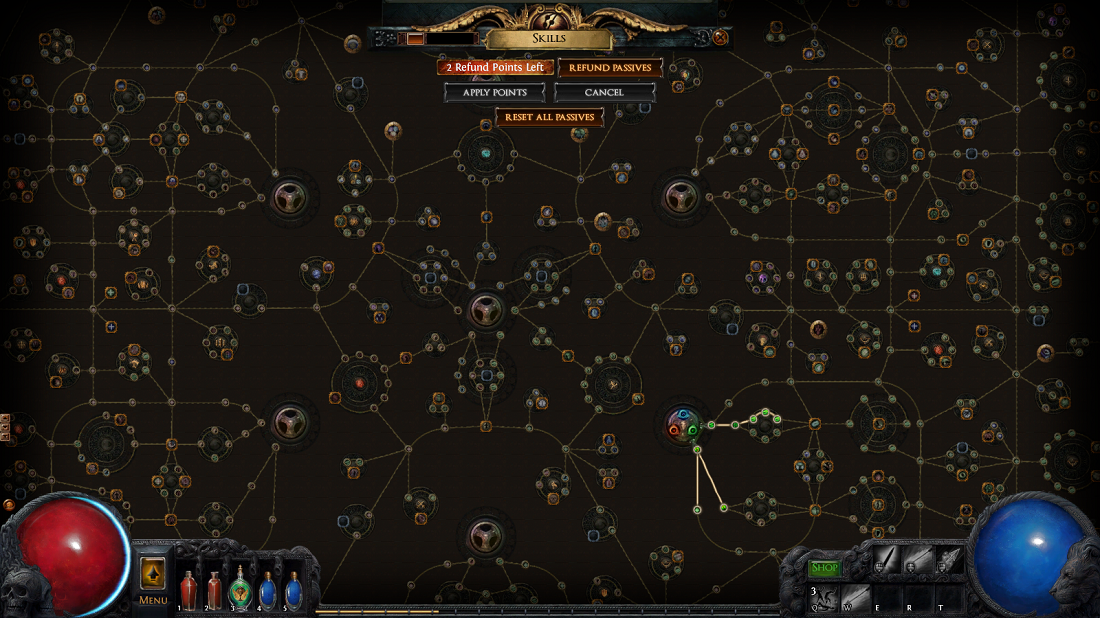 Above: Path of Exile’s skill tree is … well, large doesn’t quite do it justice.

I had long admired Path of Exile from afar. I’ve dabbled in it, but this was the first year since its 2012 release in which I’ve dived in and discovered one of the best action-RPGs on the market. But the expansion that hit in April made a crucial change, helping it perform better. It makes killing monsters, grinding for loot, and filling out the most imposing skill tree in video games even easier. I find it’s become one of my favorite games in which to relax, make some progress, and listen to podcasts while sipping on a beer or cognac after the kids are asleep. 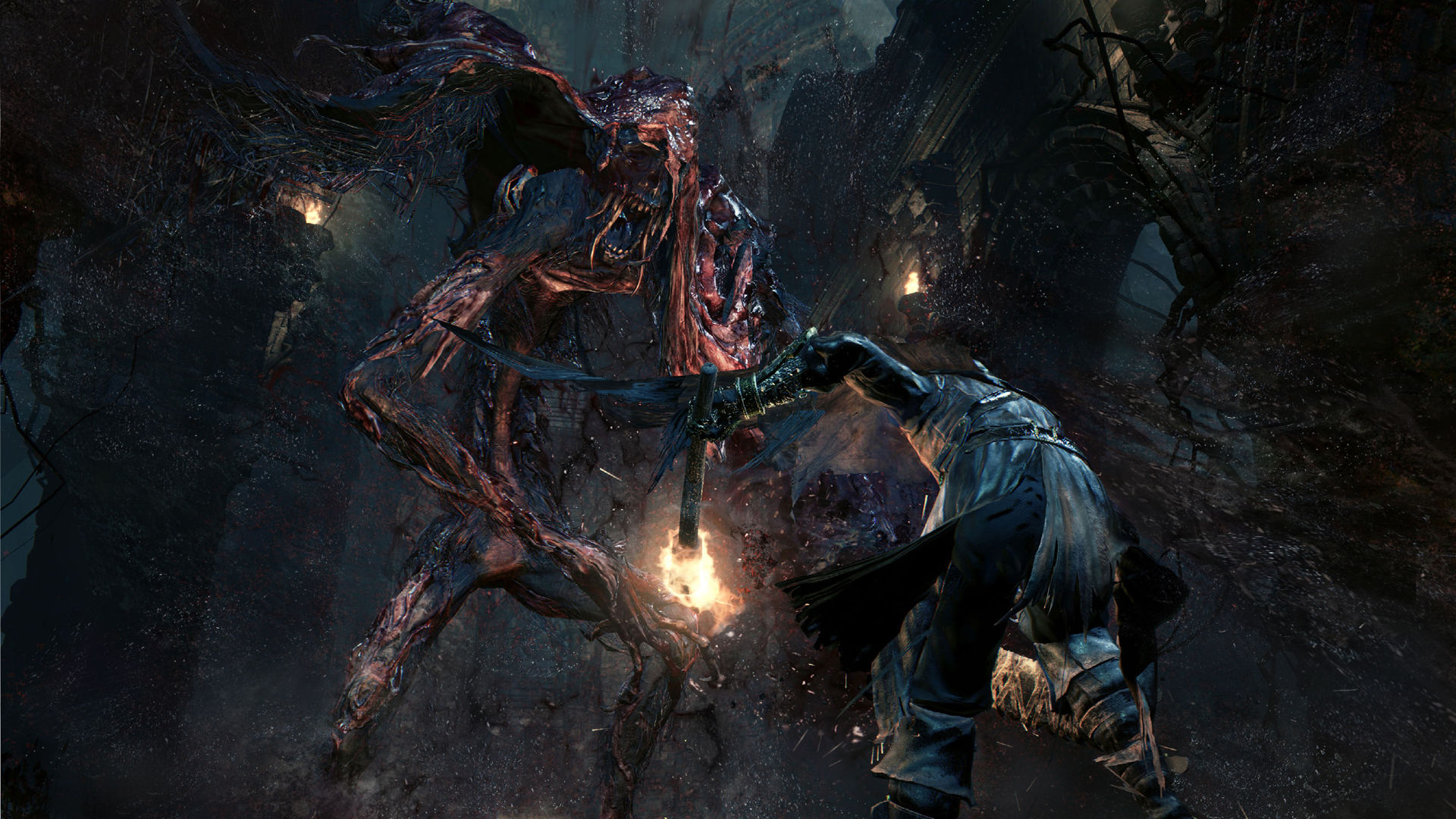 Above: The blood starved beast is a creature that would thrive in Silent Hill just as much as it does in Yharnam.

I’m god-awful at the Souls games. I’ve never finished one. It may take me two weeks to take down a boss.

Bloodborne continues the tradition of the Souls games, and while I can’t play a mage (my favored class), I don’t care, because I respect the challenge so much, enjoy trying my best (and often failing), that I don’t mind. It’s also great to cruise through these Victorian-Gothic areas while feeling more frightened than you would in any other game. Who needs “horror” — few things are as scary as being on your final sliver of life and backpedaling against a superior foe on one of Bloodborne’s streets.

Xenoblade reminds me more of The Elder Scrolls than any other role-playing game because of its sense of discovery. You find something new every time you set out on a quest. One of my most thrilling moments was when I found water, took a swim, and ended up traveling around half the map trying to find a place to leave the sea. I had no idea I could do this. It’s these discoveries that make it worth dealing with the sometimes confusing systems and light story.

Above: Battleships frequently find themselves burning when meeting torpedoes.

One of the beloved parts of childhood was building model warships with my dad. When I first learned of World of Warships in 2009, I called him and shared my excitement. Sadly, my dad didn’t make it to the release date, but his spirit’s with me every time I leave port with one of these floating fortresses. We know Wargaming is good at re-creating the looks and feels of WWII weapons, but I was surprised by just how much I enjoyed the competitive shooter aspects of this. It takes the principles or naval combat — standing off with big guns, reducing exposure to broadsides, and moving in close for torpedoes — and puts them into matches that usually end in under 20 minutes. Ranking up the tech trees puts you at the helm of better, bigger ships — and shows you how warships got more powerful from the turn of the 20th century to World War II. 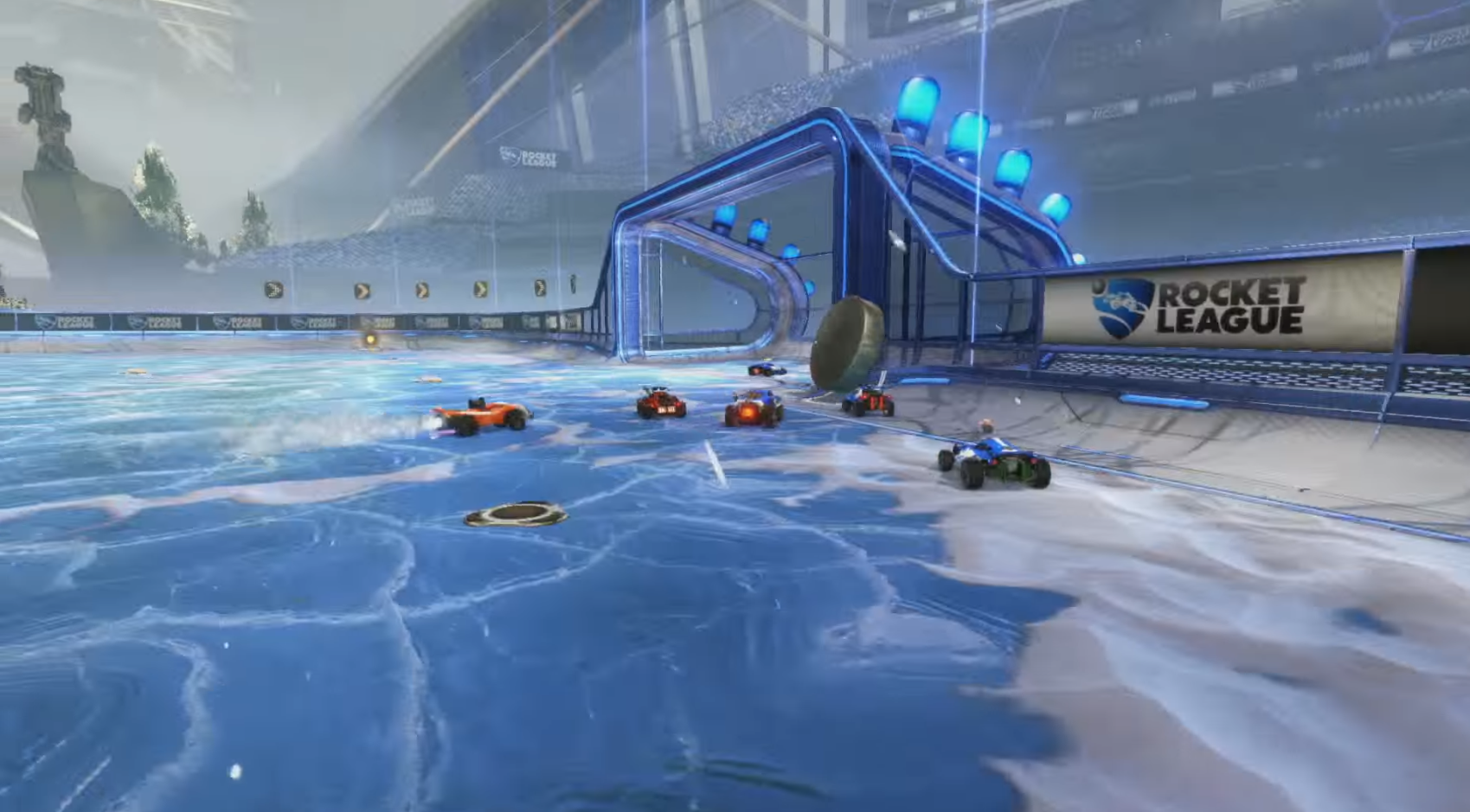 Rocket League’s appeal struck me one September afternoon when I was playing cars with my youngest son. He’s 3, and as he lined up his cars, he started belting out the same sounds as Rocket League does before a match starts. He then yelled out “Rocket Cars!” and started to play … Rocket League with Hot Wheels.

That’s the secret of Rocket League — it really does appeal to all sorts. I’ve never been into multiplayer games (well, other than card games like Hearthstone), but this little gem is so much fun that I don’t mind putting up with people telling me how awful I am. I’m still having a good time. And it’s that same everyperson nature of Rocket League that’s made it one of the biggest games of 2015. 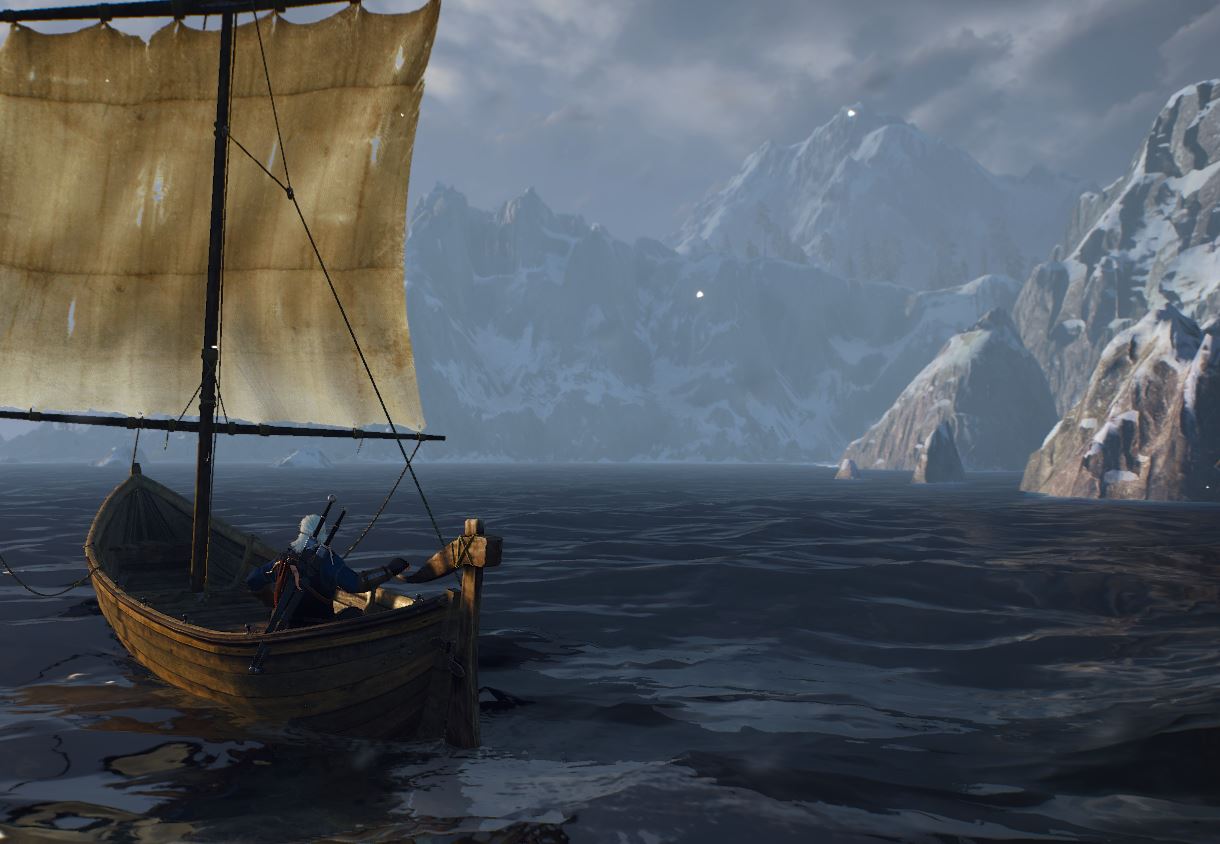 Above: I want to be a fisherman!

What sticks with me when it comes to The Witcher 3 isn’t its size but the quality of its best quest: The Bloody Baron. This sad story highlights the writing skills of the team at CD Projekt Red. But for me, it also showcases the influences of this studio from Europe: Eastern European folktales. The bleakness that is an integral part of the region’s storytelling oozes from The Bloody Baron, and as you learn more about this heartbreaker, you feel the pain of these characters — especially if you’re a parent.

The Witcher 3 has many other good quests, and I love exploring its vast world. But when I think back on it, it’s this one part that reminds me of the power that video games can have when it comes to interactive storytelling. 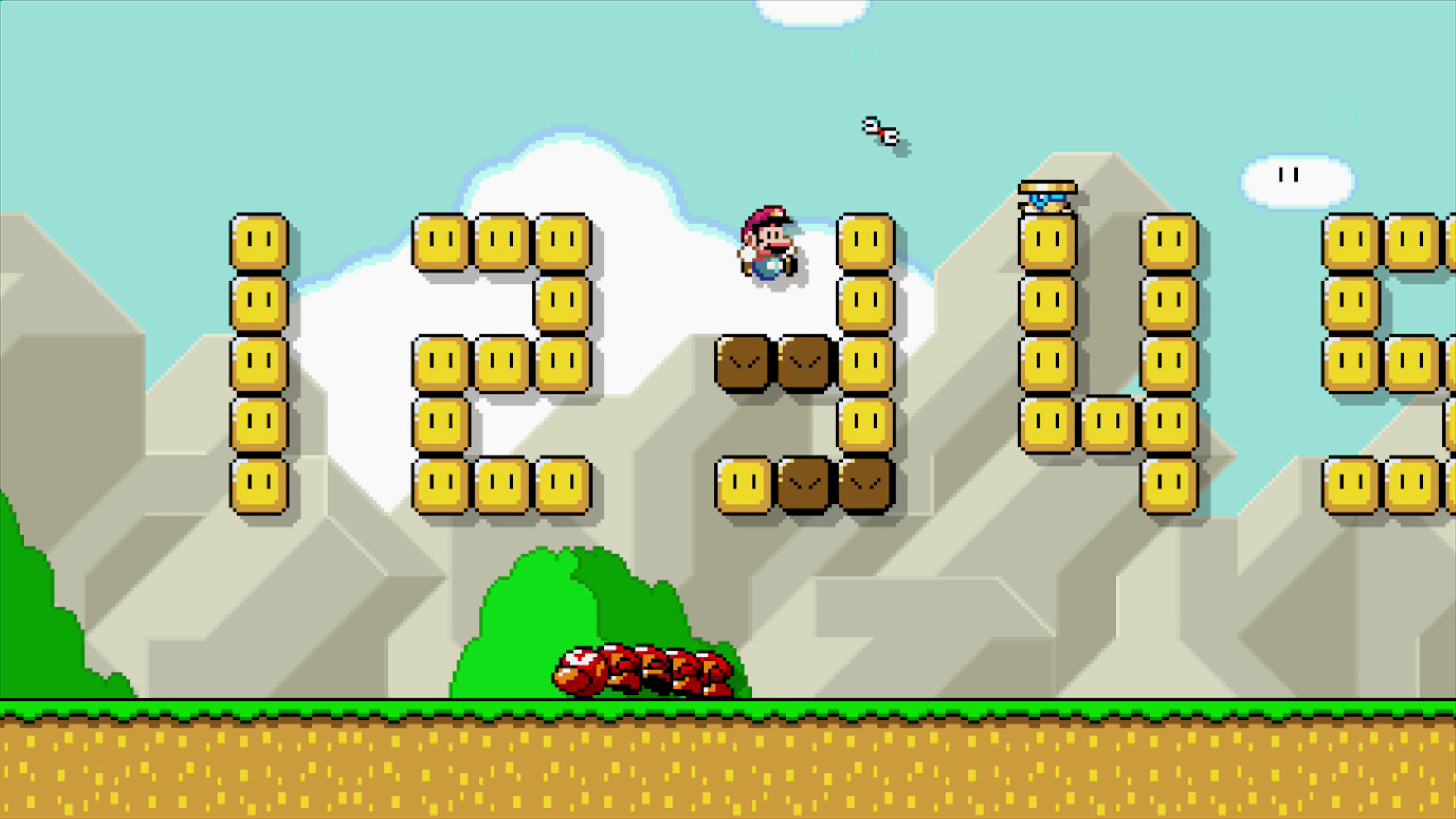 Above: Make all the Marios.

This is the Super Mario game I’ve always wanted. My favorite thing about PC gaming is seeing what people do with a game after its release. But modding — even construction sets — have never been popular on consoles.

Super Mario Maker may not change this. But it does show the potential that console games have for letting people play in a developer’s sandbox and tell their own stories. Sure, plenty of the levels from Super Mario Maker are just trials in pain, stages so hard that no one can beat them. But look around and you can find others that tell stories, even if it’s as limited as “Hey, I made this and think it’s cool — can you beat it?”

My favorite part of Super Mario Maker is making stages to train my kids how to take on a platformer. May I impart the knowledge to turn them into skilled players, the kind that run circles around their Mario-challenged old man. 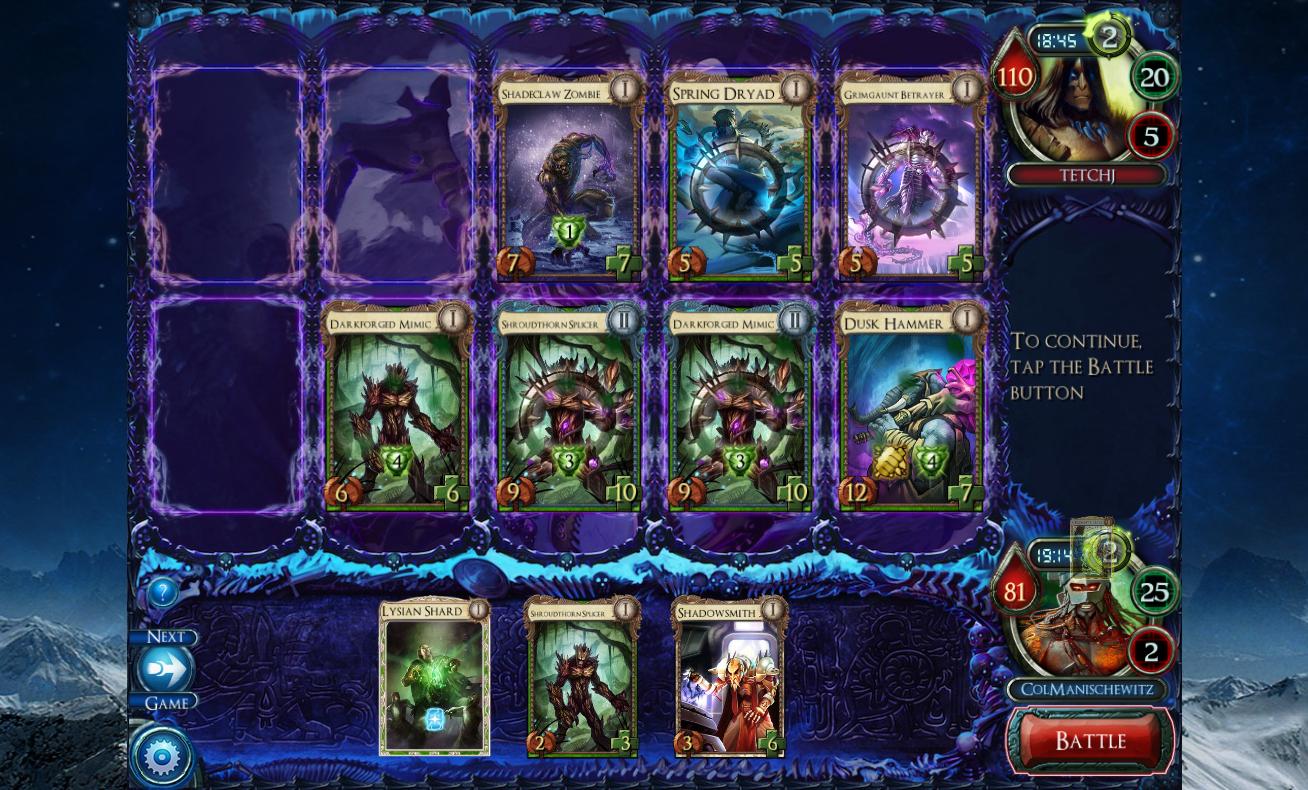 Above: My Darkforge will dominate!

SolForge reminds me of an heirloom tomato: It’s ugly, and it sure has lumps. But look inside and you find something special.

This is still in beta, so you may think it odd that I’ve included it on my list. But it’s been in this state now for a couple of years, and considering it’s my second most-played game of 2015, it’s worth talking about.

SolForge differs from Hearthstone in that you play your cards in lanes — and every four rounds, these cards level up. This presents a great deal of strategy, and with four factions’ worth of cards, you find a yourself playing against a larger variety of decks than you do in Blizzard’s take on collectible card games.

The most recent expansion, Darkforge Uprising, introduced a new set of cards that brought a new synergy to SolForge, bringing about a new crop of decks — something its metagame has needed for some time. Now, if developer Stone Blade would just do a better job of preventing updates from wiping in-progress games, Solforge would be in a great place heading into 2016. 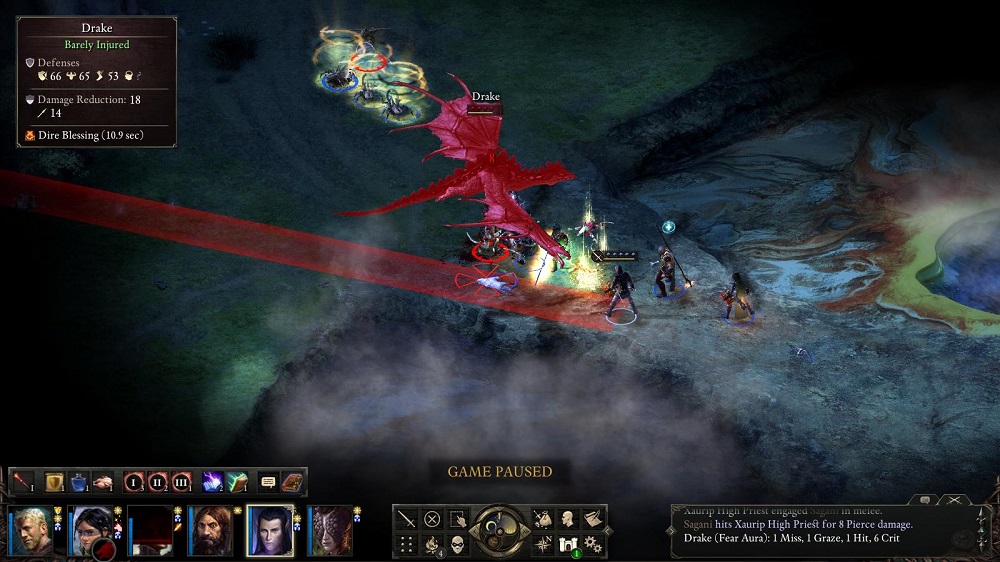 This role-playing game from Obsidian shows that Kickstarter success isn’t a fluke: This is just as good, and I’d argue even better, than Shovel Knight or The Banner Saga, other excellent games that the crowdfunding platform has brought us.

With Pillars, Obsidian returned to its roots as Black Isle Studios, the makers of Icewind Dale. But this time, it told a tale that beats the pants off of anything from the frozen wastes near the Spine of the World. It deals with souls and memories, and the mystery it presents is satisfying to figure out.

My favorite aspect of Pillars is its return to the six-character party system. Today’s games that limit parties — and classes — to a paltry four seem to miss the magic of gathering a group of skilled characters and coming up with your optimal build, whether optimal means one that will beat the game or one that showcases how you approach RPGs.

I can’t be the only one who likes adventuring with six mages.

1. Hearthstone: The League of Explorers 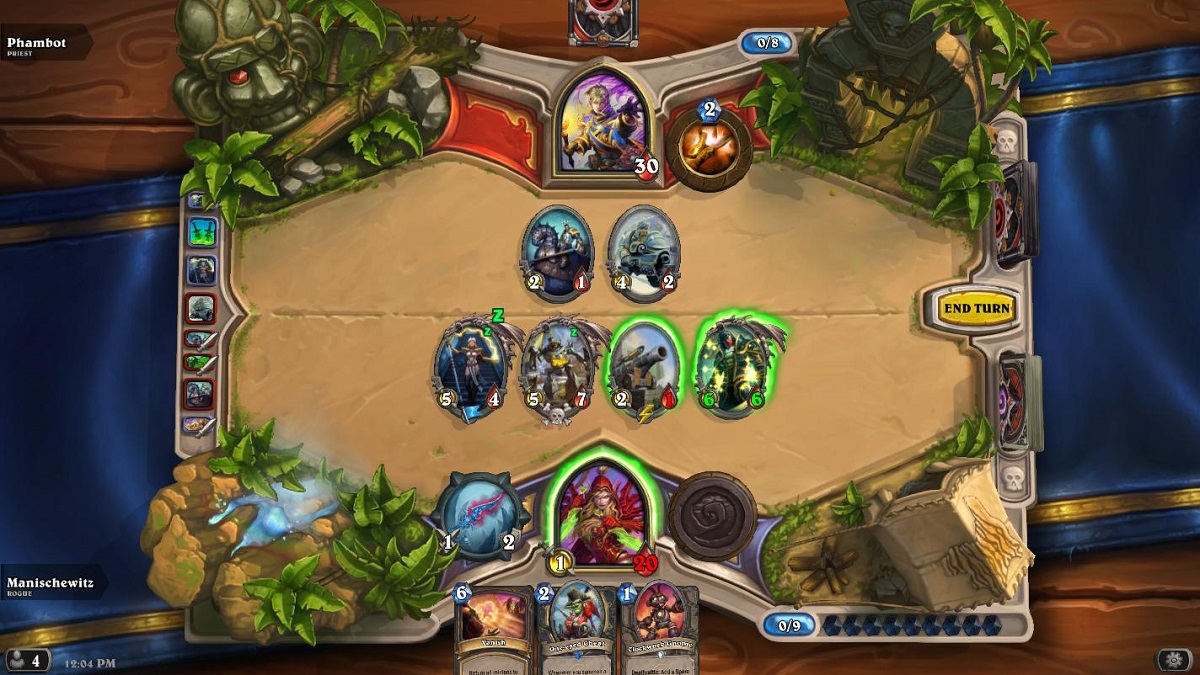 Above: Hey, how did a rogue get that Priest legendary?

I asked Blizzard to find out how many hours I’ve put into its collectible card game this year. Sadly, I learned that the publisher doesn’t track that player stats. Maybe it’s not that sad — if I knew how much I’ve played it, I might be shocked (or embarrassed).

I’ve spent more time with Hearthstone than any game this year — likely 3 hours or so a day. It’s my go-to when I commute. It’s what I play during breaks from work, and it’s my favorite game to play while listening to podcasts (which include some about, of course, Hearthstone).

The League of Explorers expansion in November made a good game even better for me. No single release has been as enjoyable or as disruptive to its metagame. Right now, each of my nine saved decks include one or multiple cards from this adventure, and all but one represent new archetypes. I continue to have fun trying out these new cards in new combinations, and I think that Hearthstone players will continue to dig this experience well into the new year.

And if you think an expansions isn’t worth being my favorite game of 2015? Mrrgggle to you!