The Uncharted 4 curse struck again. That’s the only explanation I can come up with for what happened during Sony’s press briefing.

After a night filled with surprise game announcements like the Final Fantasy VII remake, The Last Guardian, and Shenmue III, Sony decided to play it safe by ending with Uncharted 4. It makes sense. The action-adventure series is a fan-favorite, and Naughty Dog is a well-known and well-loved developer. Unfortunately, it had a small technical mishap on stage. Game director Bruce Straley was supposed to play Uncharted 4 live, but his PlayStation 4 controller wasn’t working.

After an uncomfortable amount of silence of staring at motionless hero Nathan Drake staring at a lively marketplace, someone behind the scenes restarted the game. It worked: The crowd cheered when Drake started to move around. The developer could have simply cut to a video recording as an emergency backup, but that wasn’t the case. According to programmer John “Cowboy” Bellomy, they used a second PS4 development kit. 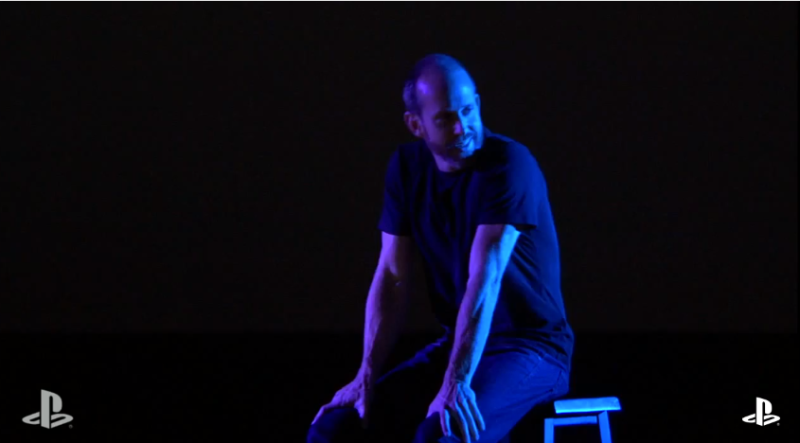 Above: Bruce Straley looked noticeably disappointed at the end of the demo.

This isn’t the first time Uncharted 4 had problems running on stage. At last year’s PlayStation Experience fan convention in Las Vegas, Drake fell to his doom down a ravine and through several layers of the earth thanks to a humorous bug.

While both demos were awkward to watch live, they don’t reflect badly on the game at all. You have to admire Naughty Dog for being brave enough to show a real piece of its game while thousands of people in person and online scrutinize their every move. What we’re seeing is Uncharted 4, not just some video filled with graphical smoke and mirrors. Not every company is willing to do that.

I do have one suggestion for Naughty Dog, however. The common denominator in both demos is Straley being on stage, so it might be a good idea to put someone else up there next time. Sorry buddy, you’re just bad luck.