The mobile industry has been buzzing with HTML5 for a few years now, but the new lingua franca for the web has been hampered by a lack of supporting technologies, operating systems, and silicon. However, new developments on many fronts have started to make HTML5 more attractive, and the future is showing that this technology has a bright future. 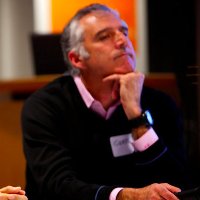 Above: Greg Ovalle, CEO of Stealth

In the past, the web format has been too slow for use in fast-action games. But as the ecosystem around it grows, HTML5 could become the future for multiplatform games, the web, mobile, TV, and the connected automobile.

We’ll kick this engaging subject around in a panel at our GamesBeat 2013 conference. Moderated by Greg Ovalle, the chief executive officer of Stealth, the panel includes Iker Jamardo Zugaza, the vice president of engineering at Ludei; Marcus Kruger, the chairman at Goo Technologies; and Neil Trevett, the vice president at Nvidia.