Gone are the days when the only rewards in a game were a chance to play for a little bit longer. Game companies are waking up to the fact that it pays to give real rewards to their consumers so they keep coming back. 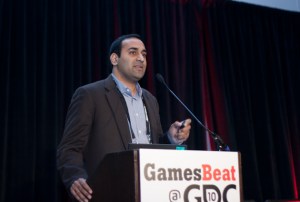 As Ned Lerner recently wrote in a guest post for us, “prizes are everywhere. People love prizes. They give us competition and drama. Las Vegas thrives on relatively mindless games like slot machines, craps, and blackjack, where the engagement isn’t nearly as deep as in video games. So why do the people who make video games ignore what could be the dramatic centerpiece of our best-known games, the prize?”

The casinos figured this out a long time ago, and so have the purveyors of social casino games. But that’s not where it ends. We’ll delve into this in a panel at our GamesBeat 2013 conference. Moderated by Chethan Ramachandran, CEO of analytics marketing firm Playnomics (the winner of a previous GamesBeat Who’s Got Game contest for the best gaming startup), the session will include panelists PlayStudios CEO Andrew Pascal, Terry Angelos of Trialpay, and Courtney Guertin, co-founder of Kiip.