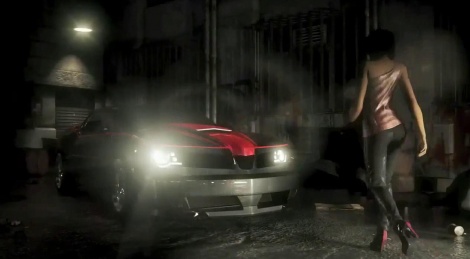 Ridge Racer: Unbounded
A Ridge Racer product in name only.

Namco has been pumping out the same Ridge Racer game for the past few years now. It more or less started in 2004 with “Ridge Racer” for the Vita, which was a compilation of content from previous titles. Many of those same tracks and vehicles were then recycled in various Ridge Racer releases for the Xbox 360, PlayStation 3, Nintendo 3DS, and most recently the PlayStation Vita.

Handing the reigns over to a fresh developer was a nice thought, and I was secretly rooting for Bugbear to overcome the faults of its previous racing titles and deliver a thoroughly kick-ass four-wheel brawler. But as the ridiculous “Unbounded” moniker suggests, this game fails on a number of levels. First and foremost are the instantly forgettable courses. They all feel and look the same (partly because you often race on the same course with a slightly different layout). The game doesn’t look bad, it just has no identity of its own.

You’re required to build up boost by drifting, drafting, or catching air. Once your bar is full you can activate a short boost effect which will allow you take out opponents or destroy certain environmental objects. The shortcut concept is good (albeit not particularly new), but its execution is poor as the “shortcuts” are rarely faster than the standard path. In fact, the key to all races is to get ahead early and then drive normally, not partaking in any of the game’s “special” mechanics. If you’re not leading by the halfway point, you might as well start over. Likewise, a single mistake or crash can often irreversibly send you to the back of the pack, regardless of how far ahead you were. The game’s erroneous physics (a common fault in Bugbear titles) compound the mediocre gameplay.

Is a terribly executed and uninteresting story worse than no story at all? That’s the question you’ll be asking yourself during Unbounded’s god-awful cutscenes. Racing games typically avoid story altogether, though the Need For Speed franchise temporarily embraced intentionally campy live-action to add some unique flavor. Unbounded opts to go a different route, where the story is just plain bad. Cringe-worthy, even.

CONCLUSION
Is the Ridge Racer franchise long overdue for a renaissance? Absolutely. Is Unbounded a step in the right direction? Absolutely not. A glossier coat of paint can’t hide Bugbear’s signature unbalanced gameplay and defective physics. At worst, I barely had any fun no matter how hard I tried to. At best, this game makes me wish I was playing the vastly superior Split/Second instead.

Ridge Racer Unbounded was released on March 27, 2012 for the Xbox 360, PlayStation 3, and Windows PC. An Xbox 360 version was provided by the publisher for the purpose of the review. 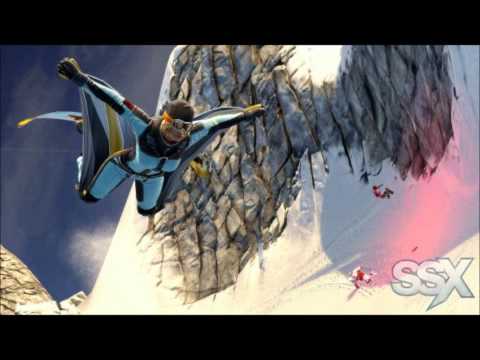 SSX
Someone mistakenly thought “realism” was what the SSX franchise needed.

Although EA hastily ripped away the “Deadly Descents” subtitle following the franchise’s new direction’s frostry reception in 2010, this is still very much the disaster fans feared it would be. The ugly last-gen graphics, near-forced microtransactions, auto-pilot controls, and the Survive It! sequences all combine to create the worst snowboarding game in quite some time. I had more fun watching this trailer to Snowboard Kids than I did during my entire playthrough of SSX.

Even more dubious is that it seems like the Deadly Descents motif was abandoned halfway through development (probably around the time the decision was made to delay it the game for extra “polish”). Some more familiar SSX-centric mechanics have so painfully been shoe-horned into this sloppy game that it tarnishes the memory of previous — and vastly superior — iterations. The customization, for example, is a mere sliver of its former self. In SSX3, you could outfit your characters with a multitude of interesting apparel, as well as some increasingly eccentric accessories. The new SSX offers a limited selection of stat-boosting boards, coats, and survival gear, but it’s all intentionally overpriced so that you have to spend Microsoft Points to unlock it. EA pulled the same trick with Mass Effect 3’s multiplayer, and it didn’t fool anyone there either.

CONCLUSION
The occasional enjoyment is quickly crushed by an avalanche of flaws and bad design choices. A proper multiplayer mode would have bumped up the game’s value ever so slightly, but all EA’s required Online Pass gets you is a bunch of time trials and leaderboard challenges. Whether your favorite was SSX Tricky or SSX 3, this latest entry, simply titled “SSX,” has virtually nothing to do with the franchise fans fell in love. Voiceovers from DJ Atomika have been slapped on top to reassure you that yes, you’re playing an SSX game, but the gameplay, courses, and overall quality are saying something else entirely.

SSX was released on February 28. 2012 for the Xbox 360 and PlayStation 3. An Xbox 360 version was provided by the publisher for the purpose of this review.