I couldn’t quite get enough votes for Hellblade: Senua’s Sacrifice as Game of the Year at GamesBeat. But my colleagues took pity on me and voted to give Hellblade’s Senua the award of best new game character of 2017.

This was obvious to me, but for those who haven’t played it yet, Ninja Theory’s self-published Hellblade is a hard game to play because it does such a good job of depicting a Celtic warrior’s descent into madness. Senua journeys (at least in her mind) to the Norse underworld to bring her love back from the dead, and her haunting screams are still with me.

But no, this isn’t a consolation prize. I’m so happy to give recognition to this remarkable achievement in what was my favorite game of the year. The award for Ninja Theory is part of our GamesBeat Rewind year-end awards.

The character is played by Melina Juergens, who was a stand-in actress whose real job was video editor for the studio. She was cast to play Senua during early development while the team looked for a permanent actress. But she did so well at the job that she was cast as Senua.

The best new game character of 2017 is Senua from Hellblade: Senua’s Sacrifice

Other finalists: 2B from NieR: Automata and Sigrun Engel from Wolfenstein II: The New Colossus 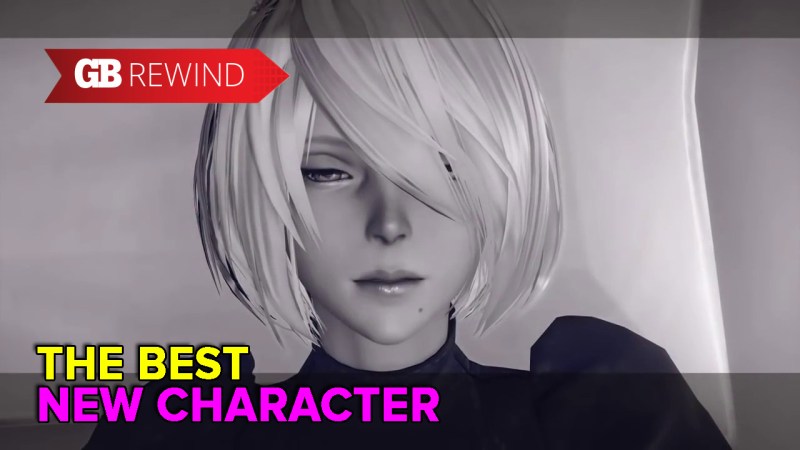 Above: The best new character of 2017 is not 2B from NieR: Automata. But she’s a runner-up.

Listen to us discuss this category in the audio version of the podcast right here:

And Ninja Theory’s team used the Unreal Engine and motion-sensing equipment to capture Juergens’ entire performance and translate it into the world of the game. It turned out to be so realistic that, for me, it was one of the first games that crossed the “uncanny valley,” which posits that the more realistic you try to make the face of an animated character, the more weird and artificial it seems.

But Senua doesn’t look like your typical hyper-sexualized superhero video game warrior princess. She has the build of a normal person, and her true strength is in her strong personality and authentic performance.

I liked how everything came together in Hellblade to support the idea of getting the gamer to empathize with Senua in her psychosis, a mental illness condition where she sees things that other people can’t see. She hears voices in her head and tries to silence them with screams. You learn what it’s like to walk in her shoes, as she is haunted by demons in the mythical environment. It’s never clear if what she sees is real, or if it is a metaphor for her psychosis.

It is Juergens’ unrelenting performance and the depiction of Senua’s madness that makes her an unforgettable character, and the best new game character of 2017. Check out the beginning of her performance below, and see the documentary about the making of the game here.