GamesBeat Summit 2021: Growing the Next Generation will feature a full slate of visionary speakers in an online-only event on April 28 and April 29, and we’re pleased to talk about our initial slate of participants.

After surviving and even thriving during a catastrophic year, the game industry can apply itself to the daunting task of beating last year’s numbers. The new consoles are gaining momentum, and the PC and mobile are thriving. Gaming has become the biggest form of entertainment, and it has more reach into the mainstream than ever before.

But what’s its next trick?

We’ll explore new parts of the business including blockchain and nonfungible tokens, augmented and virtual reality, esports, the metaverse, and the explosion of opportunities that come from having an unprecedented amount of money coming into the industry through investments, public offerings, and acquisitions. 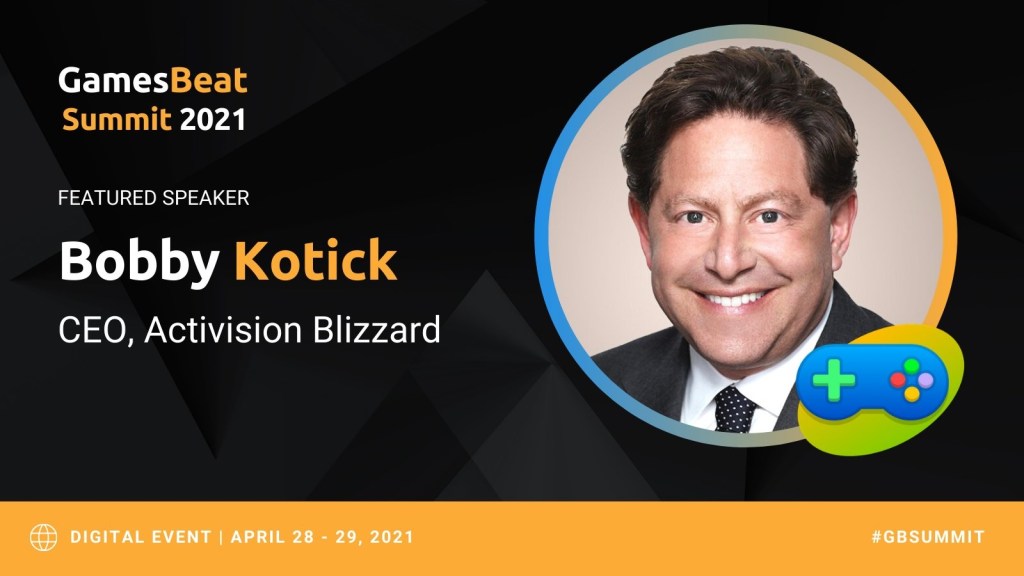 Above: Bobby Kotick is CEO of Activision Blizzard.

Bobby Kotick, the chairman and CEO of Activision Blizzard, will speak at one of our events for the first time in a fireside chat about the acceleration of games into the top tier of all entertainment. Kotick started as CEO of Activision in 1991, and he led the merger of the company with Blizzard in 2008. Now, Activision Blizzard is one of the most valuable entertainment companies in the world, with a value of $74 billion and properties like Call of Duty, Overwatch, Diablo, Warcraft, Starcraft, Crash Bandicoot, and Tony Hawk.

He’ll talk about the mainstreaming of games and their role in what will hopefully be a post-pandemic world. The COVID-19 pandemic has taken its toll on all of us, but at least we had games to distract us from a difficult reality. And that has helped the industry prosper and accelerate a structural shift in how people entertain themselves. But what comes next, and how will we navigate it this year and beyond? 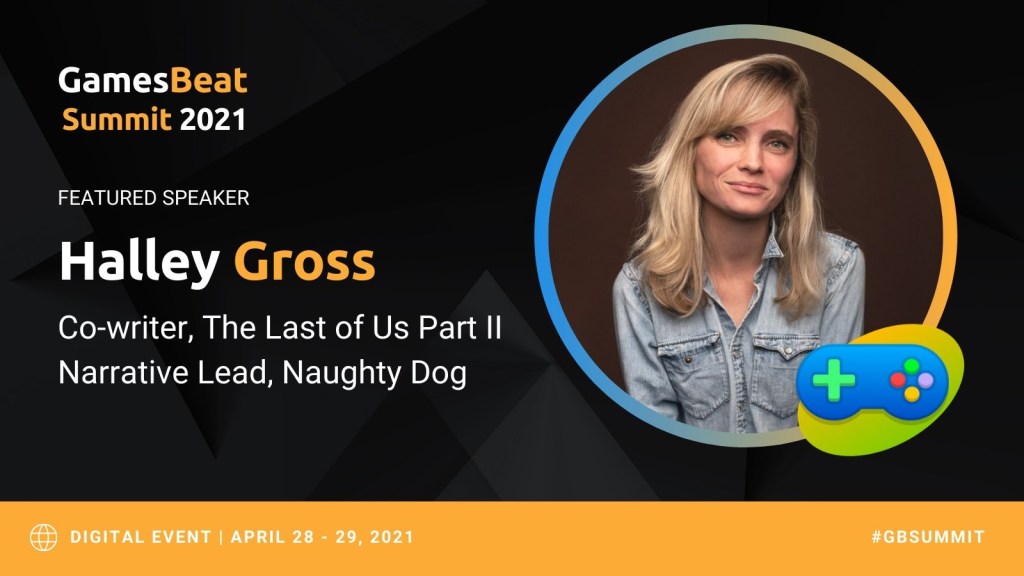 Above: Halley Gross was co-writer and narrative lead on The Last of Us Part II.

One of the big games that helped us get through the past year was Naughty Dog’s The Last of Us Part II, and we’re also happy to welcome Halley Gross, a co-writer of the game that won 215 awards for Game of the Year. She will also do a fireside chat on writing blockbuster narratives with an inclusive lens. She’ll talk about finding great moments for inclusion, how to do better, writing with good representation, the challenges of diverse casts, the growth of women in gaming, and the role of mental health in games. Gross established her career as a screenwriter on projects like Westworld, Too Old to Die Young, Snowpiercer, and Banshee before joining Naughty Dog as a co-writer and narrative lead on Naughty Dog’s The Last of Us Part II.

Brenda Romero, a cofounder of Romero Games, will also talk about her experiences across decades of designing games and working on big titles with small teams, as she did with the recent gangster game Empire of Sin. Romero has a reputation for being one of the biggest thinkers and best orators in the industry. her games include Druid: Daemons of the Mind, Jagged Alliance 2, Dungeons & Dragons: Heroes, Playboy: The Mansion, Tom Clancy’s Ghost Recon: Commander, Dodger Down, and her son’s game, Gunman Taco Truck. 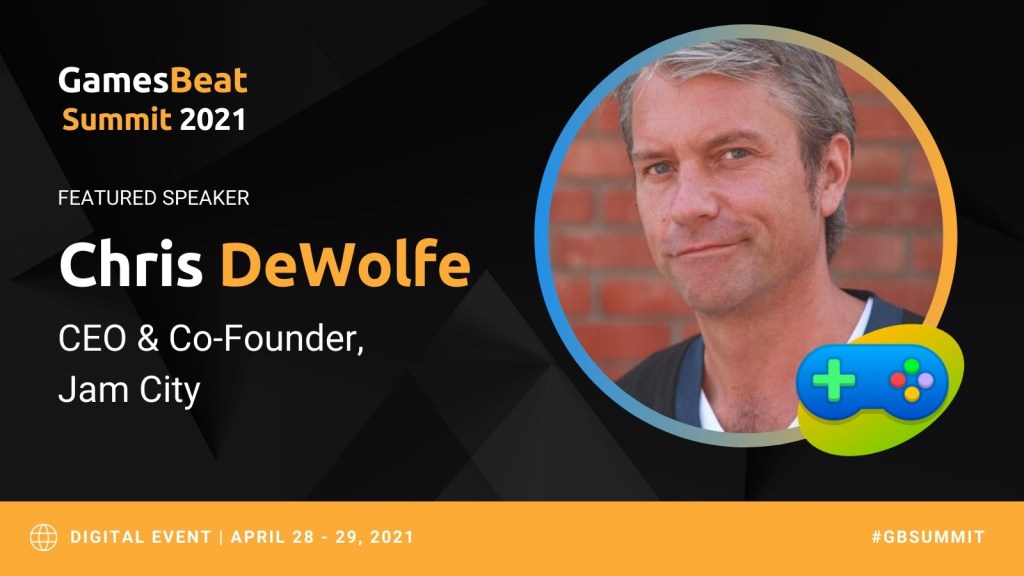 Above: Chris DeWolfe is CEO of Jam City.

Jam City CEO Chris DeWolfe will also join us in a fireside chat about the future of mobile games. DeWolfe made the leap from founder of MySpace (which he sold to News Corp for $580 million) to Mindjolt, a mobile game company that later became Jam City. The company has become a nexus of gaming and Hollywood, with big hits that include Cookie Jam, Harry Potter: Hogwarts Mystery, and Frozen Adventures. Jam City has raised more than $300 million to date, and it is one of the contenders for the throne of mobile games, the biggest part of the game business. 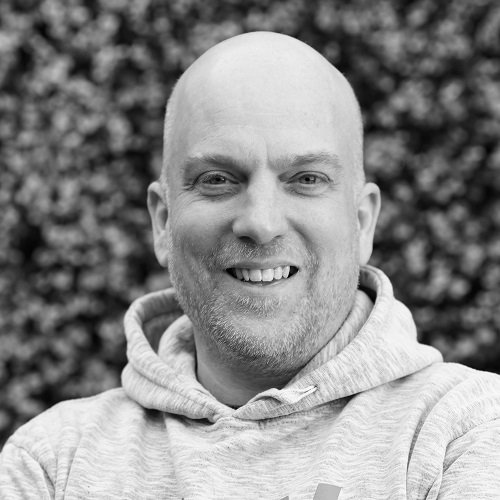 Above: Jens Hilgers is founder of Bitkraft Ventures and chairman of G2 Esports.

Jens Hilgers, founder of Bitkraft Ventures and chairman of G2 Esports, and Andrew Sheppard, a partner at Transcend Fund, will join our panel on investing in games. That panel’s moderator is Eric Goldberg, cofounder of Playable Worlds, and will focus on game investors who are former operators of game companies. Hilgers started Bitkraft in 2015 and the firm has invested in more than 50 companies around the world. He is also the chairman of esports team G2 Esports, one of the world’s most valuable esports organizations. He founded the tournament company ESL and was CEO for a decade before MTG acquired a majority stake in it in 2015. 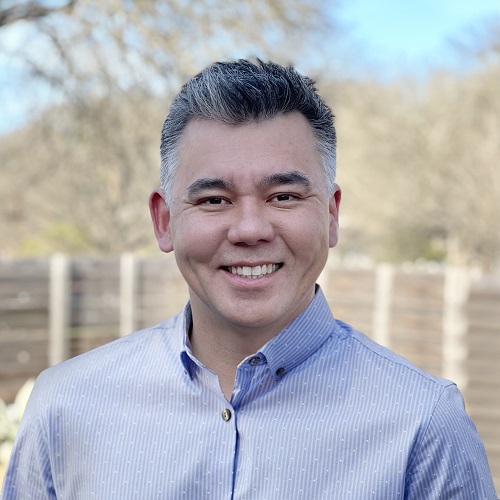 Above: Andrew Sheppard is managing director at Transcend Fund. 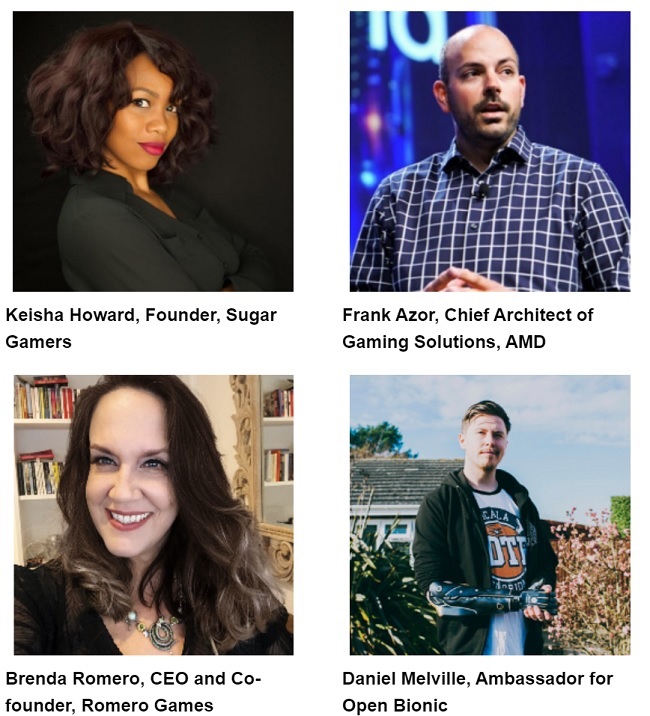 We want to continue our reputation as the most intimate gaming event where business meets passion. Our event will include fireside chats, panels, and small-group roundtables. We’ll provide Q&A sessions for VIP attendees, and a way for attendees to network with each other and make new connections. We have a wide range of partners including the International Game Developers Association and Women in Gaming International. And our sponsors include Jam City, Adjust, Singtel, and others being announced soon.