The holiday season is upon us again (and has been since before Halloween, for some reason). If you have some geeky friends who have been good this year, we’ve gathered up an assortment of cool present suggestions that will show them how unworthy of coal or Krampus-whipping they are.

And just like in years past, we’ve collected some decidedly less cool gift ideas for those people you don’t like but are inexplicably obligated to spend money on anyway.

First, though, the good stuff:

Above: It’s super pretty, too. Especially for cardboard.

Smartphone projector by Luckies of London

This neat little kit is a box containing a lens assembly that will project your phone’s screen onto the wall. It’s handy for showing people movies and pictures on your device without everyone having to huddle around like you’ve just found Willy Wonka’s last Golden Ticket.

The projector is also a mobile-game changer: Pair a Bluetooth controller to your phone, and you’ve just made a portable, big-screen system that’ll let your buddies play as long as they want without going all cross-eyed. 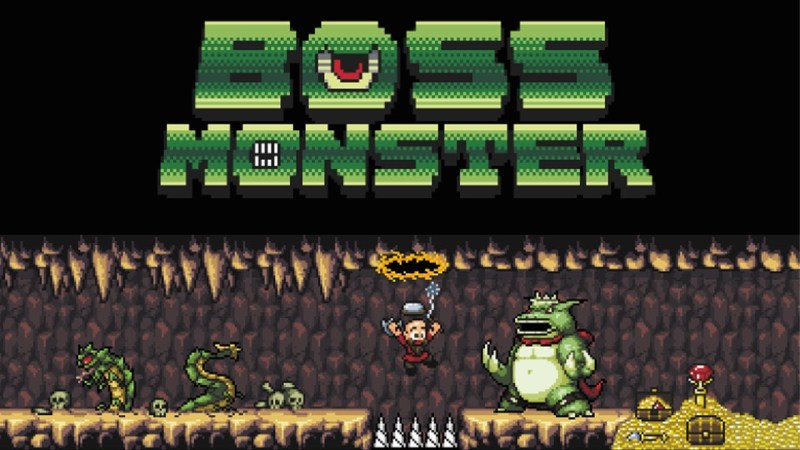 Above: It’s every bit as fun as it looks.

Here’s a great idea for the retro-loving, card-crazy gamer in your life. Boss Monster has players taking the roles of video game bosses and building their own deadly dungeons room by room in order to capture and kill any adventurers foolish enough to enter. And it all goes down on cards featuring beautiful 8-bit-inspired artwork for that friend who is still in love with pixels. 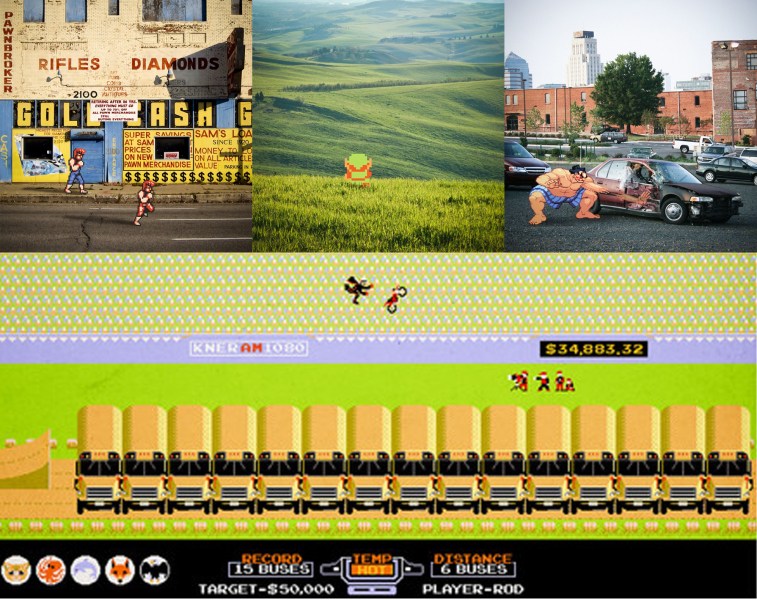 Above: Quick: Learn how to cut a matte.

We featured some minimalist prints by artist Emily Lemay in last year’s guide, and here are some more if your nerdy loved one’s walls are still looking a little bare. Aled Lewis creates a variety of gamer-friendly art, including sneaking game characters into photographs and creating pixelated versions of scenes from movies like Groundhog Day and Hot Rod. 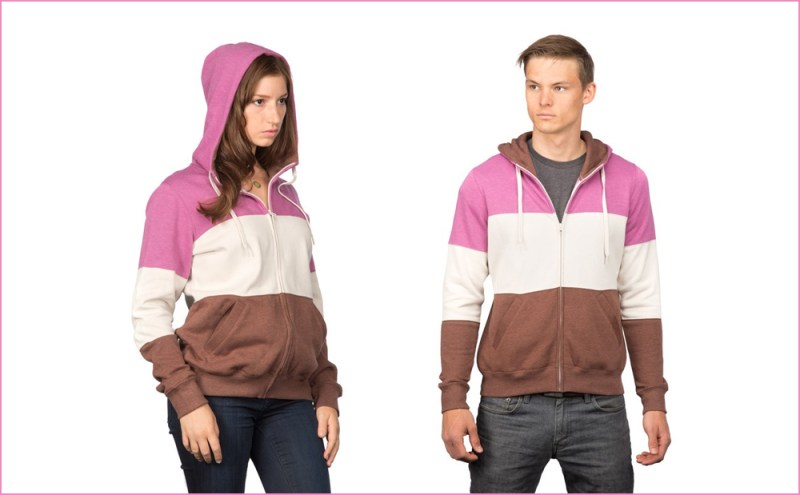 Above: And now I want ice cream.

Ellie’s fall hoodie from The Last of Us

If you know someone who loves developer Naughty Dog’s post-apocalyptic bleakfest so much that they’d like to hang a little piece of it in their closet, this hoody will keep them both warm and stylish throughout the winter months. It’s a copy of the one that Ellie wears in the fall levels of the game, and while the store claims that it’s a unisex item, I probably wouldn’t wear it myself. Not that you don’t look great in it, man.

Above: For a few extra bucks, they’ll assemble it for you. Otherwise, get the glue.

The Legend of Zelda key hanger

If you have a forgetful friend who can never seem to find their keys, here’s a pretty classy way for them to keep track. This handmade keyhook features art from the 1986 Nintendo classic. The game’s mysterious hermit will remind your friend daily that bad things happen outside of the cave, and they only get worse if you lock yourself out because your keyring was sitting on top of your coffee table instead of hanging from a convenient and artful board right next to the door. 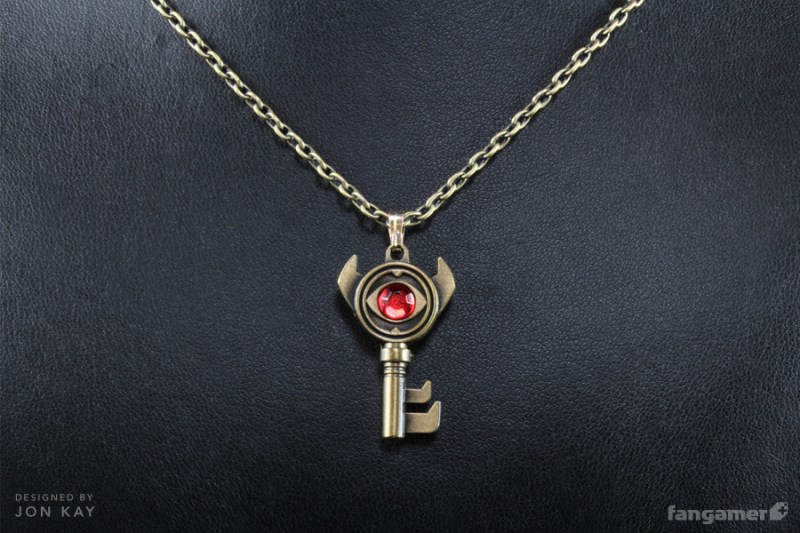 Above: Elaborate and oversized treasure chest not included.

Sometimes, you want to tell that special nerd in your life that she’s unique. So unique, in fact, that you can’t just use any old key to unlock the magical vault of wonder and mysteries that is the human spirit. No, you have to use the special one with the big, eye-shaped jewel. This bauble, styled more or less after the ones found in The Legend of Zelda: Ocarina of Time, will tell its recipient that she’s special and holds the container of your heart.

Or that she is a hideous monster that you pledge to destroy, but hopefully it’s more of the first one.

Above: Unicorn’s Revenge and Lava Jump weren’t real games, but now I wish they were.

We’re hitting a lot of retro stuff in this guide, and here is some more because retro stuff is cool and timeless, all right? This pillow set, built to look like classic Nintendo Entertainment System cartridges, will fly its owner’s Nerd Flag high with its dual statements of “Old things are great” and “I like naps.” 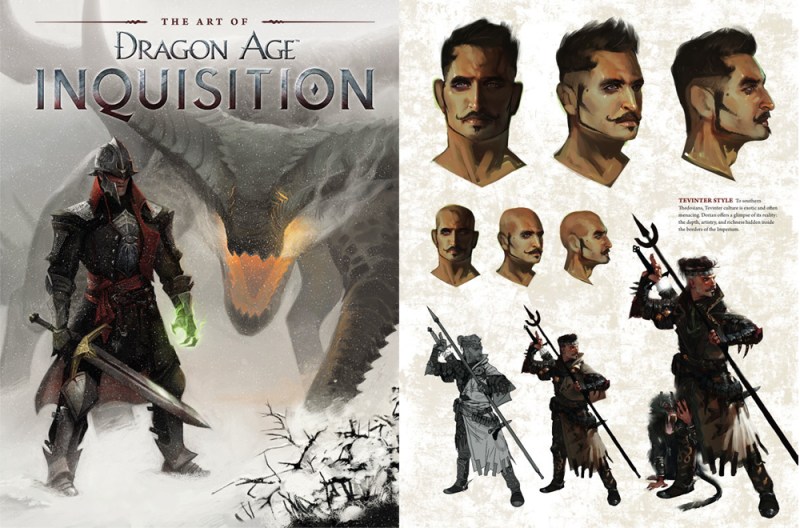 Above: It probably doesn’t take 100 hours to read.

The Art of Dragon Age: Inquisition

If you know someone who’s knee-deep in Dragon Age: Inquisition’s 100-plus hours of content and need a way to lure them away from the TV and focus on a different depth of field before their eyes pop out like in that scene in Total Recall (it happens; I’ve seen it), try this book. It’s 184 pages of art and commentary from developer BioWare that shows how it all got so damned pretty.

But what about people you don’t like so much? We have some stuff you can cram down their stockings, too.