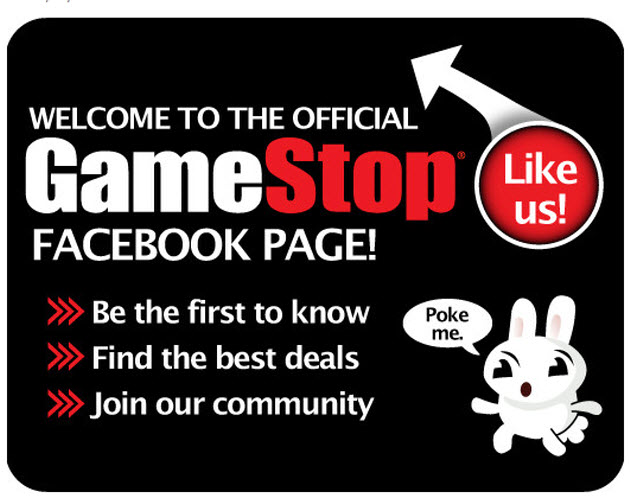 Video game retail giant GameStop has opened up a store to sell games on its Facebook fan page. The store will sell physical games that users can receive in the mail or pick up at a local store.

The move is part of GameStop’s strategy to stay relevant in the age of digital distribution of video games, since it doesn’t want to go the way of the now defunct Hollywood Video and Tower Records chains. It also shows that Facebook is becoming a big distribution channel for retail sales in the emerging category of “social commerce.”

GameStop is tapping Adgregate Markets, a Sausalito, Calif.-based start-up that has already built about 50 stores for major brands on Facebook. GameStop’s store could be a big one since the chain already has about 1.8 million fans for its Facebook page. GameStop has made digital distribution a priority as a way to offset the potential decline of physical store sales.

By 2014, GameStop hopes that its digital game distribution businesses will generate more than $1.5 billion in revenue, or roughly 12.5 percent of its sales. But GameStop still has 6,600 stores and plans to expand overseas with new stores. The Facebook page is a way to more deeply engage with millions of fans who might otherwise not visit a store.

Adgregate’s system is directly tied into GameStop’s backend game web site so that the system can verify that inventory of a game is available at a local store, said John Underwood, chief operating officer of Adgregate Markets. And because the site is built on top of Facebook, the retailer can add merchandise Likes and Shares, gifting (buying a product for a friend) and group deals.

Adgregate, founded in 2008, has built more than 50 ShopFans stores on Facebook pages in the past year. Grapevine, Texas-based GameStop already ranks as the No. 115 retailer on Internet Retailer’s Top 500 list. Its new page is here.

Underwood said the Facebook user interface is moving from rigid templates to a real social shopping experience. Game fans will be able to pre-order the most-anticipated games and earn rewards via GameStop’s PowerUp Rewards loyalty program, which has more than 8 million members. Users can promote and discuss upcoming titles on the fan pages. Underwood said the overall social shopping experience is much more convenient than other ways to shop.

Adgregate charges a fee to build a custom site and charges a monthly fee and a per-transaction fee. For the most part, the service is aimed at large retailers rather than small, independent ones.