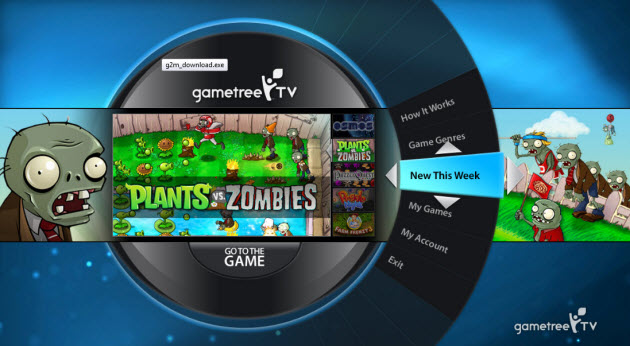 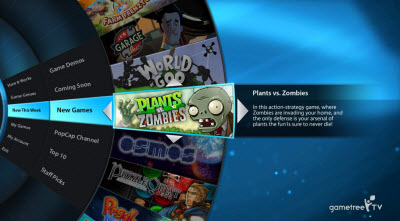 The service will test whether there is a market for casual video games played via remote controls on smart, internet-connected TVs. If it catches on, it may prove that people who don’t buy video games may still want to play light, family-friendly casual games. And it may show that the long-predicted world of interactive TV has finally arrived.

Gaming is spreading everywhere from the consoles to social networks and mobile devices. TransGaming is betting that games will also spread to smart TVs.  In this case, French broadband operator Free is adding GameTree TV to its Freebox Revolution set-top box, which brings web-connected entertainment to TV viewers. Games on such platforms are more like snacks, played for a short time. 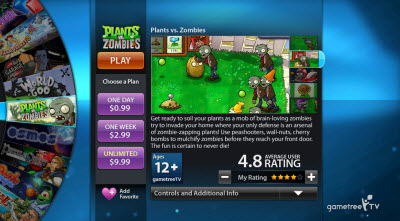 Toronto, Canada-based TransGaming chief executive Vikas Gupta said in an interview that the new service kicks off the “connected living room era” for games. Free launched its new set-top box on Dec. 14, and it says that the set-top box transforms any TV into a fully-connected Smart TV, allowing users to instantly play on-demand games via the cloud, or web-connected data centers.

GameTree TV is backed by Intel, which has an investment in TransGaming. And Free’s Freebox Revolution uses Intel’s consumer electronics system-on-chip processor.

“We see a bright future for on-demand gaming on Smart TV,” said Lance Koenders, director of worldwide marketing, Intel Digital Home Group. “TransGaming has put itself ahead of the curve with the GameTree TV platform, which is a great example of the enhanced entertainment experiences that Intel CE-based devices can deliver.”

Maxime Lombardini, chief executive of Free’s holding company, Iliad, said that GameTree TV adds a compelling new dimension to entertainment on the TV. GameTree TV will have 25 titles on the Freebox Revolution, including Bejeweled 2, Garage Inc. and World of Goo. New games will be added weekly.

Users can download games via a variety of pricing models and the bill will show up on the consumer’s monthly bill from Free. Iliad, a publicly traded company, has more than 4.5 million subscribers to its broadband services via Free and Alice.

Gupta said he expects more platforms to launch GameTree TV in the future. GameTree TV runs on set-top boxes and other Smart TV devices powered by Intel’s consumer electronics chips, which load and run games directly on the device, with no need for extra hardware. Game controllers are optional, and all you need to play is a remote control.

TransGaming was founded in 2000 and it announced the GameTree TV platform in partnership with Intel in 2009. TransGaming is traded on the Toronto Stock Exchange, and Intel Capital is one of its private shareholders. Games cost 99 cents for one day, $2.99 for a week, and $9.99 for unlimited play.

Rivals include the game consoles as well as other game-streaming companies such as OnLive and Gaikai.