Global gaming quickly evolved and exploded in 2020, driven in part by the pandemic that kept people in their homes and is continuing to enjoy an increase in popularity experts are anticipating to outlast COVID-19. Microsoft and Sony’s online store revenue rocketed, driven by purchases in Xbox and PlayStation stores. Mobile gaming saw some of the biggest gains with a 28% increase in the U.S. and 50% in the U.K. from March 2020 to 2021.

Just as the number of new gamers increased during the pandemic, the livestreaming sector experienced exponential growth. Streaming platforms such as Twitch, YouTube Gaming and Facebook Gaming all clocked record viewing hours as people went online to while away the hours.

When looking at YouTube consumption, gaming saw the highest total watch time in February exceeding 160 billion minutes. This made it the second highest area of growth on YouTube in the U.S. Every demographic segment in gaming has grown since September 2020; surprisingly, female viewership, specifically among women 55 and older, grew the fastest.

I like the new term “game enthusiasts” rather than players or gamers. It’s more reflective of what is actually happening, people don’t have to actually play the game to be enthusiastic about it in the same way that I don’t have to play football to watch the Super Bowl.

When you consider gaming enthusiasts, most are digital-first users. They have moved away from watching traditional TV programming to engaging with the new digital-first formats such as Twitch, YouTube, and other social media channels that give them that additional opportunity to actually engage directly with their favorite streamers, players, game or brand.

These new habits have also driven an increase in the number of partnerships between creators and gaming companies. Publishers and developers are exploring more TV tie-ins (and vice versa) such as Scopely with Wheel of Fortune: Free Play, or JamCity with its Family Feud tie-in to Cookie Jam. Both went beyond the historical co-branding/licensing opportunities and focused on more of a dedicated user experience.

As time has passed, partnerships have also begun to go beyond an actual product or brand and have even started to include gaming personalities and celebrities.

In the recent film Free Guy from the Disney owned 20th Century Studios, high profile gaming streamers, Jacksepticeye, Ninja, Pokimane, DanTDM, and LazarBeam all appear as themselves in the film providing “commentary” as part of the film’s storyline. Such casting is a definite acknowledgement as to how influential the influencers actually are to the movie’s target audience. 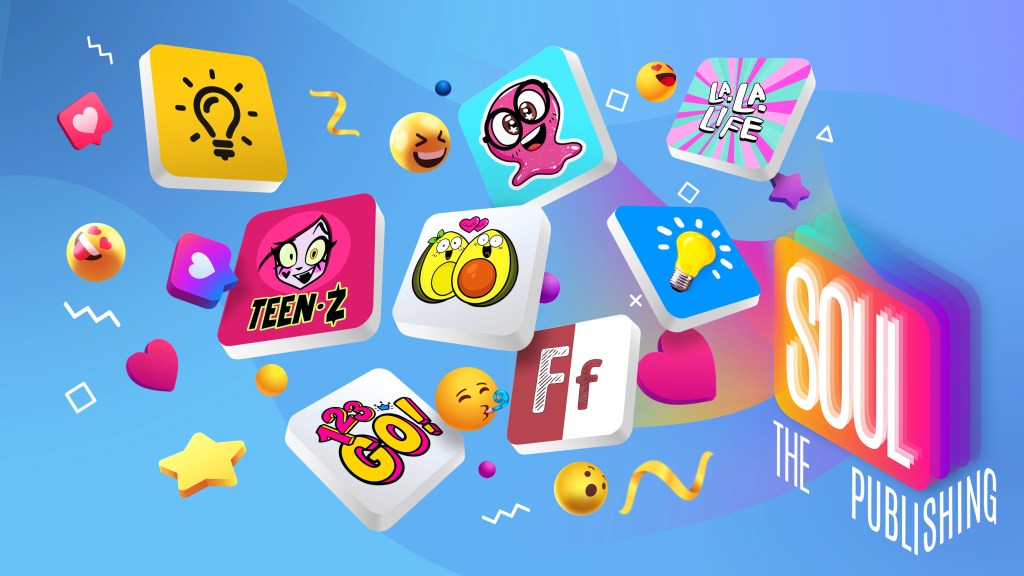 With this new digital entertainment revolution well underway, how are companies going to build on this lucrative audience?

Successful games, especially those featuring free-to-play mechanics, need content, a lot of it, to drive both player retention and user acquisition. Due to their own organic and authentic style of content, influencer partnerships are becoming an important element to help companies increase their visibility and brand equity through multiple social video channels and allow for themed in-game features

It’s very clear that the line between gaming and other areas of digital entertainment is becoming increasingly blurred with entertainment companies now competing for users’ “screen time” above everything else. This was made apparent when Netflix said its greatest competitor was Fortnite back in 2019. Game companies no longer have to compete only with each other, now due to the ever growing crossover, they also need to contend with all of the other areas of digital entertainment for attention.

It’s not a one-way street either. Our friends over at Epic have previously held events over and above gaming. These include the ShortNite film festival and both Ariana Grande and Travis Scott performing via Fortnight in-game events. Epic aims to attract new audiences to the game via a unique user acquisition strategy as well as providing additional incentives to help player retention and to keep these existing users on the platform for longer.

Most recently, Roblox entered the fray of video distribution by carrying an episode of a Spin Master Corp’s anime TV series Bakugan a week before it debuted on Netflix. Again, the objective was to merge the audiences through experiencing entertainment in a shared medium.

According to Facebook IQ’s “Games Marketing Insights for 2021”, it’s familiarity that drives not only purchases of new games but also in-game purchases with only 23% of people in the US downloading mobile games they had never heard of. Brand recognition and affiliation is another reason why more and more gaming companies are now looking to enter all areas of pop culture in search of those lucrative tie-ins with brands that have both a large and complimentary reach.

In the past, TheSoul Publishing created a Fortnite meets 5-Minute Crafts video where a giant Fortnite racing track was created in both real life and in the video game itself to demonstrate that Fortnite Creative Mode allows literally anything to be built. The content was localized into 12 languages and went on to generate over 12 million organic views across YouTube, Facebook, and Instagram.

Sharing key learnings from our own experiments into this new, potentially hybrid audience, we have already launched a number of videos into Avakin Life (a 3D open world with 200 million-plus downloads on mobile). Our partnership with Lockwood Publishing will help us understand how to maximize additional value for our fans. Interestingly, the viewership rate and duration of viewing of our videos inside the game was comparable to what we see on YouTube, showing us that users are willing to stay in game while consuming different media. This is a strong indication that our audience is willing to explore new ways to consume content. Maybe more importantly, it shows alternate platforms don’t not negatively impact actual engagement.

Obviously, this is hugely encouraging for companies looking for new ways to innovate and grow their audience. Critically, we’re seeing new pandemic-driven audience members stick around even as the pandemic starts to subside. It’s particularly exciting to watch the gaming space as brands continue to experiment and use trial and error to deliver the type of content their various audiences are looking for. In-game content consumption is here to stay.

It’s clear that an all-encompassing digital entertainment industry is almost upon us, an industry that does not allow itself to be restricted by hardware or platforms catering to an audience that is looking for immediate and constant interaction with the topics that appeal to them all while being able to engage however and whenever they want.