GamesBeat: Speaking of a different direction, I’d like to play a video. Kathee will talk a bit about this and why she wanted to bring up the subject.

Chimowitz: SpecialEffect is a company that makes controllers for the disabled, modified for their needs. They even make chin controllers, which you might have seen, and they make their software available free for anyone in the world to play Minecraft online. We’re hoping that, one day, whether people are in the hospital, or at home with their family, they can play games and have the best possible experience for themselves and their families as well. It’s a multiplier. It’s an example of what the games industry can do for its community. 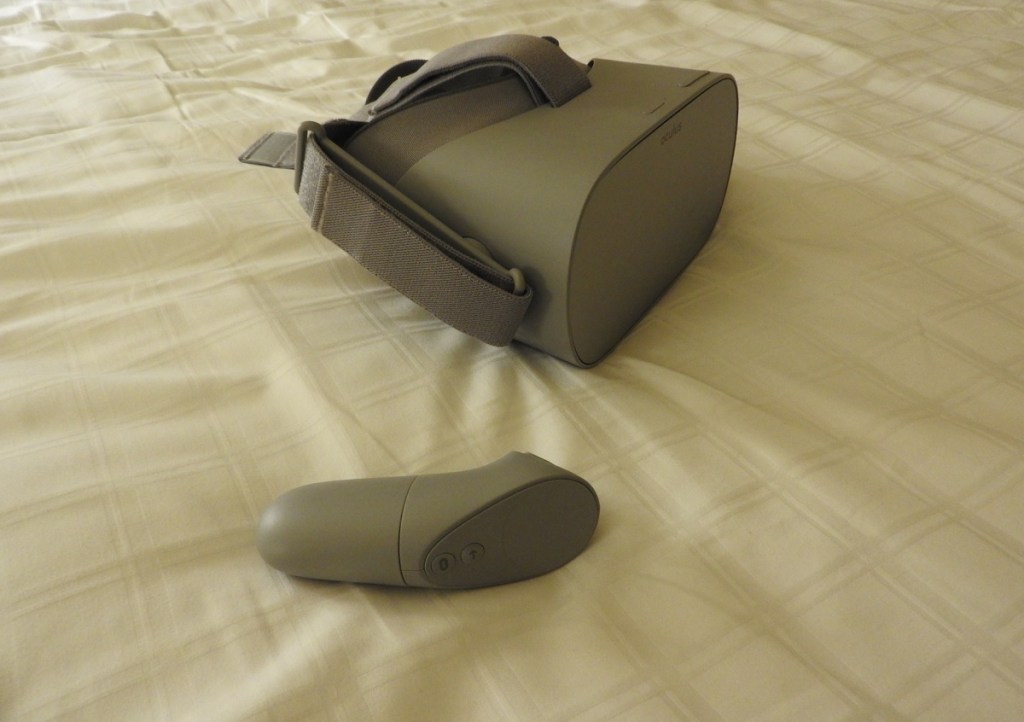 Above: Oculus Go is very comfortable.

GamesBeat: Kathee and I got into a discussion about this offline, and I thought about playing a bit of devil’s advocate here. We’re talking about getting games into the hands of the next billion gamers. Why do we bring this up, which is a very valid cause, but only helps a small number of people? A special controller like this may be making games accessible to only a few people across the world.

Chimowitz: It’s not just those players that have the chance to play games, though, and never could before. It’s their families that can now see them happy and engage with them. It’s a multiplier there. I’ve also met people like the founder of Nevermind. She created a game to help patients with anxiety and PTSD using biofeedback, measuring your heart rate through an Apple Watch, using facial recognition through a webcam, trying to train them to calm themselves. We have all this technology to play with, and eventually it can lead to something fantastic.

GamesBeat: I went up to Redmond recently and visited Microsoft’s inclusivity lab up there. They’re working on research around different ways to control games. One of the interesting a-ha moments around this — if you work on technology to improve games for a few people, you may find things that actually benefit everyone.

Who’s to say that a 16-button controller that’s been that way for decades is the best way to interface with a game? It actually creates a lot of obstacles for people who are intimidated by that barrier to entry. Nintendo abandoned that thinking when they created a Wii, creating a controller that recognized gestures. The research that goes into finding alternative ways to make games accessible can come back in a big way to help millions of people.

You can think back to the space race as an analogy. NASA created a way to land a man on the moon, but we got all these other benefits from the technology that resulted, including semiconductor chips, and even things like Velcro and Tang. All of these unintended consequences come out of research into technology that in some ways may help just a few people.

Levin: I still think, forensically, we haven’t discovered the value of Twitch in terms of expanding the global games audience. Even though it was bought for a billion dollars by Amazon, when you look at the markets it was able to couple together — so much of that traffic was coming from eastern Europe and China and Brazil, markets where there wasn’t console penetration. You were dealing with these massive audiences that now have the ability to participate in the global games community in a way they hadn’t before, or to a much lesser degree. Companies like Gamespy did that early on, with its middleware game crawler, but this was the first global-scaled platform, ESPN for esports, if you will.

Most folks would recognize that was a steal at a billion dollars. What it was able to do in terms of the direct connection between consuming constitutencies, we’d never seen that before.

GamesBeat: We can think of some things that have held gaming back in some ways. There’s the mass culture on one hand and the subculture on the other. I wanted to talk about this a little. Toxicity in the subculture of hardcore games is something that’s scared people. You look at Gamergate. You look at how the internet has been used to bully people who aren’t good at games, myself included. This gets a little scary. It intimidates people. It stops them from picking up a controller to try out a game, because in some ways gaming is perceived as not welcoming.

What I think is interesting and special about games is that we have a unique opportunity to try to progress and reshape the culture of toxicity. A large group of publishers in the last year announced a group called the Fair Play Alliance, which includes a lot of people like Riot and Epic as well as smaller companies like Kongregate, where we’re sharing data and best practices with each other as we experiment with incentives and forms of communication and feedback mechanisms in games that encourage positive teamwork, as opposed to negative griefing.

That type of effort can create a lot of learning in the game industry that can hopefully go on to be useful for companies like Facebook and Twitter in the general culture. I also think, in games, we have a little more freedom to experiment. Everyone is there to play games. There are fewer questions around freedom of speech or what right a platform has to tell you what to do. We’re here to play games, for everybody to play games. 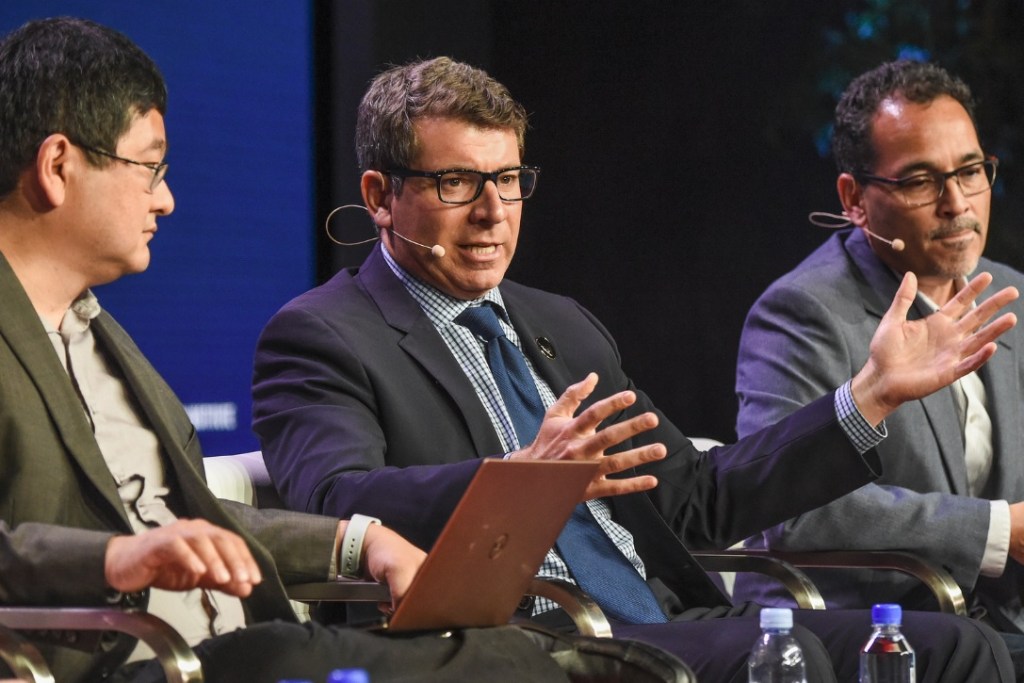 Soqui: I’m a fan of the Fair Play Association as well. Intel is a part of it. I want to amplify part of what you said a bit, which is — whether you like it or not, this toxic environment exists socially. People on different sides, in different audiences — I don’t know if you want to talk about politics, but it’s just very toxic. And it doesn’t have to be.

The thing that gives me hope about some of the online things going on, including gaming and other social media — although the ability to be toxic seems to become easier, the community that comes out in response to that, it’s also easier for them. I don’t want to say we can fix the world’s problems, but people need to lean in. If you stand for something as a gamer, if you want to include everybody, including people who have physical disabilities that might prevent them from being there—if you want to be inclusive, if you speak out on what’s going on in the gaming environment, most people are going to join you.

I think there are tools and things we can put in place. Some of the research from groups like the Fair Play Association might reveal some things. But ultimately toxicity comes down to, what do you believe and want to be known for? We have to be able to speak out as gamers and people who support gaming to say, “This is wrong. We’re here to have fun and connect with each other.”