Gamers may not care about the finer points of gallium nitride (GaN) chips as evangelized by power pioneer Alex Lidow, CEO of Efficient Power Conversion (EPC). But they will care that those chips will enable a new generation of gaming laptops with much smaller power supplies than in the past.

Today’s gaming laptops come with brick-size power supplies to provide enough power to run high-end computer games including Tomb Raider and virtual reality games such as Dead & Buried. But EPC has teamed up with Taiwanese chip manufacturer Upi Semiconductor to create GaN chips that are much faster and smaller than the current silicon power conversion chips.

“We’ll increase the power density,” Lidow said. “That means the power level stays the same at 300 watts, but it fits in a smaller space. Instead of having a giant gaming adapter, you can have a physical size that is more like a typical PC laptop adapter.”

As game graphics become more power hungry, gaming laptops require five to ten times as much electrical power as a normal laptop, and that explains the two-pound brick. Over the next couple of years they will require many times more electrical power.

“These dual-300-watt adapters will have to go to a kilowatt over time,” Lidow said.

“Gaming is pushing the macro trend for GaN,” said Jon Day, vice president of marketing for Upi Semiconductor (which is majority owned by Asus). “We are using EPC to drive a new power architecture into high-performance computing markets.” 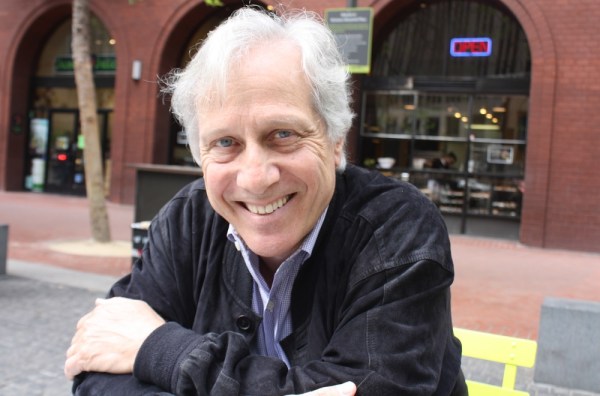 Lidow’s company is making enhancement-mode gallium nitride (eGaN) transistors and integrated circuits that are becoming the heart of things like Lidar sensors for self-driving cars, components in wireless power tech that eliminates power cords, highly efficient data center chips, and new kinds of medical devices you can swallow that will diagnose your innards.

As we noted back in 2015, eGaN chips have arrived at a time when Moore’s Law — the prediction by Intel chairman emeritus Gordon Moore that chips would double the number of transistors every two years — is slowing down. If eGaN can stay on course, it could be a huge disruption for the industry and benefit consumers in a very big way. 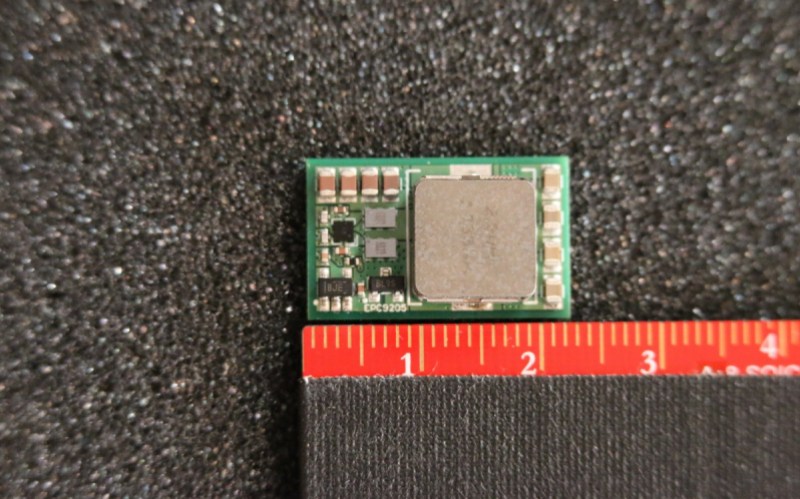 Above: EPC’s eGaN chips are 15 times smaller than silicon rivals.

Lidow changed the chip industry once before in the late 1970s with power MOSFET (metal-oxide-semiconductor field-effect transistor) chips. Those chips resulted in a 15 percent decrease in the global cost of energy. Efficient home appliances, air conditioners, energy-efficient lighting, and high fuel economy cars all use MOSFET technology.

The new GaN chips are 15 times smaller than equivalently rated silicon MOSFET chips, which means they are much cheaper for the performance they deliver. EPC’s newest chips, the EPC2045 and EPC2047 eGaN FETs, are half the size of prior generation eGaN transistors. 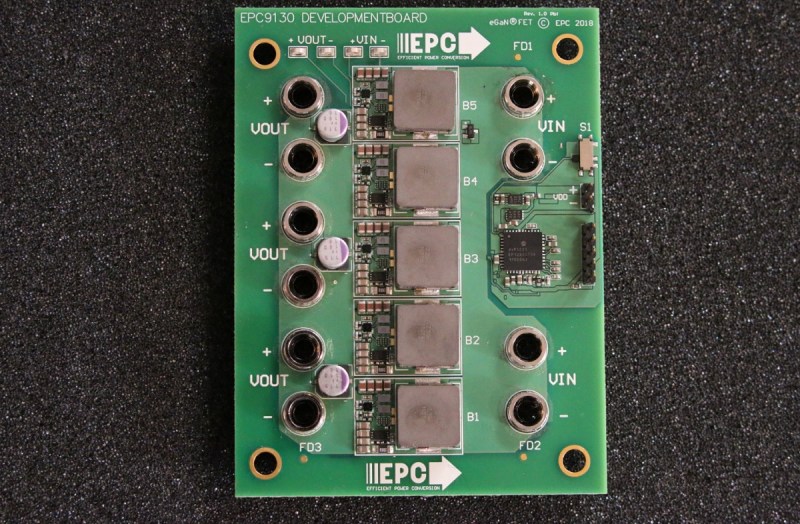 Above: EPC’s eGaN chips are much more efficient at power conversion tasks.

Applications for the EPC2045 include servers, USB-C devices, and Lidar sensors. Wireless charging, multi-level AC-DC power supplies, robotics, and solar micro inverters are example applications for the 200-volt EPC2047. In high volumes, the chips cost under $1.

The 300-watt power adapter at the top of this story is only 88 percent efficient, but EPC’s eGaN technology is 94 percent efficient. EPC will have demo boards available starting in early March.

“GaN is blazing fast,” Lidow said. “We’ve been limited by silicon drivers. But now we are seeing change.”