The slogan for GaymerX is “everyone games.” That’s the message that the “queer side of gaming” wants to convey to everybody else who wonders why the lesbian, gay, bisexual, transgender, and queer (LGBTQ) gather each year at their own event. This community gathers to celebrate its own culture and to make a statement about inclusiveness in the video game industry.

This year’s three-day convention concludes today at the Hyatt Regency hotel in Santa Clara, Calif. Matt Conn, CEO of MidBoss and the co-organizer of GaymerX, considers the event to be a celebration of LGBTQ people who like to play or make video games.This year’s event had plenty of cosplayers dressed up as their favorite game characters. It also had serious topics — like a personal history talk by game narrative writer David Gaider, an openly gay developer who worked at BioWare on games, such as Dragon Age: Origins and Dragon Age II.

The event also drew tech and game companies — including Intel, Patreon, Oculus VR, Blizzard Entertainment, and Ubisoft — to recruit LGBTQ developers. That says a lot about the legitimacy and relevancy of GaymerX and its community. GaymerX has a franchise event in Australia, and it will hold a GaymerX East event in New York as well. Conn said he was still deciding what sort of event to do in 2017. Meanwhile, his company, MidBoss, released its own cyberpunk adventure game Read Only Memories on Steam, and the title is being released on the PlayStation 4 as 2064: Read Only Memories.

I had a deeper conversation about these topics with Conn during the first day of GaymerX. 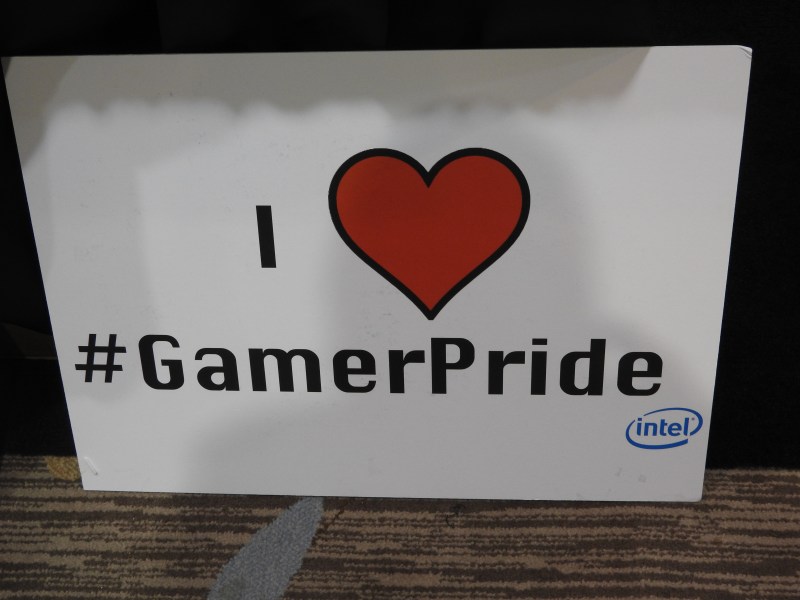 Above: Intel recruited at the GaymerX event.

GamesBeat: Tell me how much the GaymerX event has grown?

Matt Conn: We’ve done four of these now. It was about 1,200 the first year. We had about 2,400 last year. This one is going to be around there, depending on how the numbers play out. We’ve been growing a little bit. Nothing crazy.

GamesBeat: It seems like it’s gaining more legitimacy, though.

Conn: Definitely. At first, when we announced it, a lot of people were just like, “Huh?” They didn’t understand why this was a thing. It’s hard to explain. It’s not something where everybody understands. You can’t really learn what it’s like to be queer. But for a lot of people, when they come here and see everyone having a great time, they understand a little better what the point is.

GamesBeat: It seems like there’s a lot of celebration here. People dressing up. It’s a lot different from any other conference.

Video games are a very transhumanist thing, right? You get to be that person. A lot of gamers see themselves — their minds and their relation to their bodies are a little different. This is a chance for them to come and present how … a lot of people present how they feel they truly are. Maybe they’re in a conservative home or workplace, and they can’t do this very often. 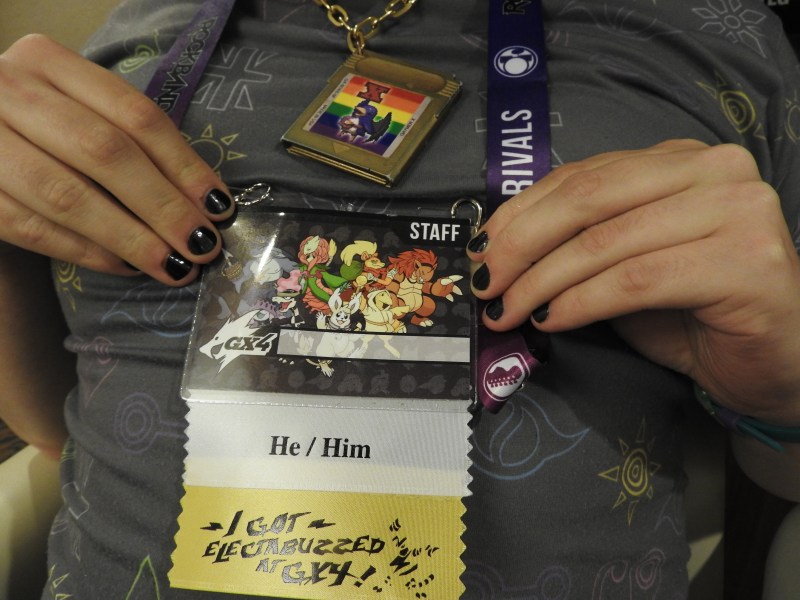 Above: Matt Conn’s pass for GaymerX notes he prefers to be called a “he/him.”

GamesBeat: Is there more of a corporate presence here? Is that also growing?

Conn: When we first started, we were knocking down everyone’s doors, trying to explain this. A lot of companies … if you look at our first year, a lot of the companies that were part of it, we didn’t get any money out of it or just a little bit. Now, companies are actively chasing us down. It reflects the quality of the event.

When we first started, people thought the idea was cool, but once they actually saw it in action, that this is something actionable, that makes it a lot easier for companies to be a part of it.

GamesBeat: Do you see how some of this happening? Is it inspired by LGBT people within companies?

Conn: It depends on the company. Some companies have just been supporting us because they believe this is something important, something that should exist. They don’t care so much about the ROI. They just want to support this. But we understand that most companies don’t think like that.

There are companies that see this as a hiring thing. Last year, we had a really big queer guide. We had companies bringing recruiters. A lot more so than most fan conventions, people come who either want to be in the game industry or are already in the industry, making independent stuff. It’s a good chance for them to reach out, especially if they have diversity efforts in place. They can reach out to queer people that are tech-minded.

Even for the number of people that are here — Microsoft might not say it’s worth spending so much money on a 2,000-person event. But they understand that this is the only event of its kind. It gets far more media coverage and reach than other events of the same size. This is the only gay gaming event in the world. We have people coming from around the world. A lot of people watch online and see what companies are a part of this. 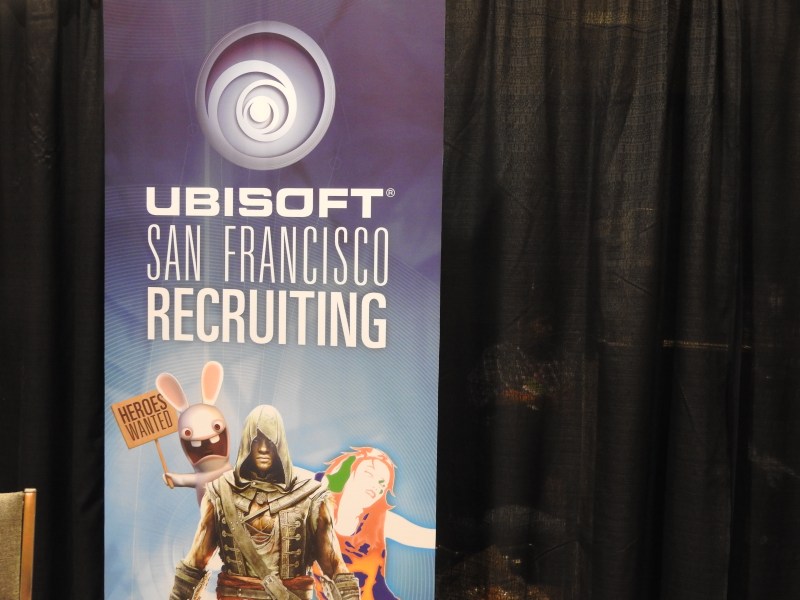 Above: Ubisoft recruited at GaymerX.

GamesBeat: I know Intel got motivated on the diversity front during GamerGate, when they got criticized. Have you seen some of that happening? Did that entire phenomenon inspire some more positive response for you?

Conn: You see a lot of people on the alt-right or whatever, they use the phrase “Streisand effect.” The more you bring attention to something, the more it grows. When people complain about GaymerX, when Westboro Baptist Church does a thing about us or whatever, it just makes that many more people aware of what we’re doing. A lot more people realize this is a thing.

What’s interesting about the whole GamerGate situation was that it did help highlight something a lot of individual people in the game industry were talking about, but now, a lot of companies realize that there are issues here that they want to think about. Companies like Intel, from what I understand, the CEO was in a meeting and said, “This can never happen again. I don’t know how this happened, but this is not who we are. We’re going to fix this.”

I try to think about that in relation to the whole Trump thing. I’m hoping that this helps bring attention to … how did this get here? How do we make sure this kind of thing never happens again? It could end up being one of the best things that’s happened to us. We’ve lifted up the floor and see all the mold, and we’re going to do something about it. That’s not the best analogy. But we know there are some problems here, and we need to get to the root of them.