That’s a good turnout that shows that the game industry remains in a healthy state, even as it becomes a hodge-podge of indies and big companies developers, mobile developers and console game creators, and PC makers and virtual reality advocates. The industry was able to celebrate its new frontiers and deal with controversies such as Gamergate that have plagued it over the past year.

This year’s event drew a lot of interest for virtual reality and augmented reality systems, such as the Vive platform from Valve and HTC as well as the OSVR from Razer, the Oculus Rift from Facebook’s Oculus VR, Sony’s Project Morpheus headset, and Microsoft’s HoloLens augmented reality system. Altogether, GDC had more than 650 sessions. 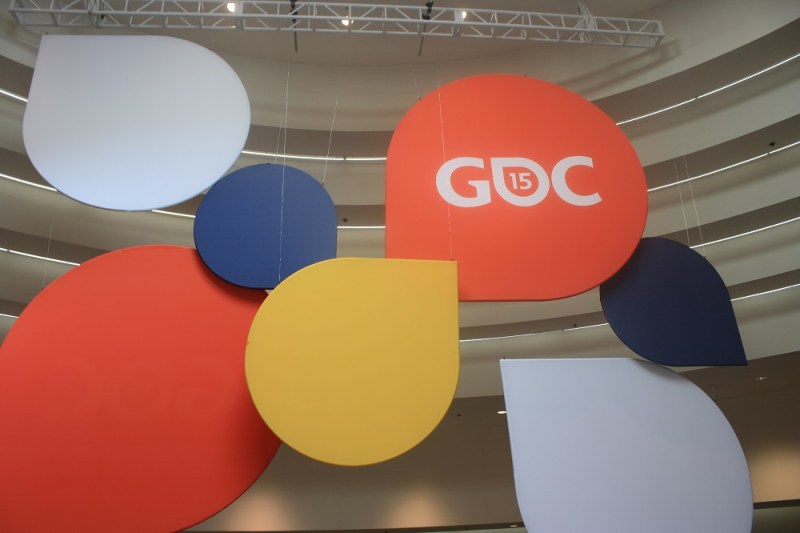 Above: This GDC display greeted attendees moving from registration down to the expo floor.

The 29th annual show featured the debut of the e-sports and community management summits. It also featured numerous talks on gamer culture and the GamerGate controversy. The event highlighted Zoe Quinn’s efforts to help those hit with Internet harassment, tales of female game pioneers in a male-dominated industry, and Intel’s plan to double the number of women in games in the next decade. The GDC also featured big parties staged by companies trying to recruit game developers. The big soirees were staged by just about every major company, ranging from Microsoft to newcomer FunPlus of China.

“As with every year, GDC offered a glimpse into the future of gaming, but still honored the history of the industry. This year’s success is a testament to the hard work of the staff, volunteers, speakers, indies and students who maintained a fun and safe environment for everyone at the show. As the conference enters its 30th year, we reflect on the tremendous growth in the medium of video games, and we’re thankful for the friendly faces, engrossing debates and friendly discussions we’ve had along the way,” said Meggan Scavio, general manager of the GDC, in a statement. “After all the software and hardware demos, networking over drinks, and lively sessions, it’s good to meet with the people who bring life to the most popular form of entertainment in the 21st century, and to discuss how to make these amazing games even better in the years to come.”

The expo floor seemed smaller than usual, but it still featured more than 350 companies in the industry, including Sony, Google, Qualcomm, Oculus, Valve, and Microsoft. Nintendo was notably absent. Outer Wilds from Team Outer Wilds won the Seumas McNally Grand Prize award of $30,000 at the Independent Games Festival. Outer Wilds also got the award for Excellence in Design. Middle-earth: Shadow of Mordor from Warner Bros. took home the Game of the Year prize at the Game Developers Choice Awards.

Here’s our own photo gallery from GDC. The UBM Tech Game Network’s GDC Vault website (www.gdcvault.com) will offer access to select GDC 2014 material within the next few weeks. 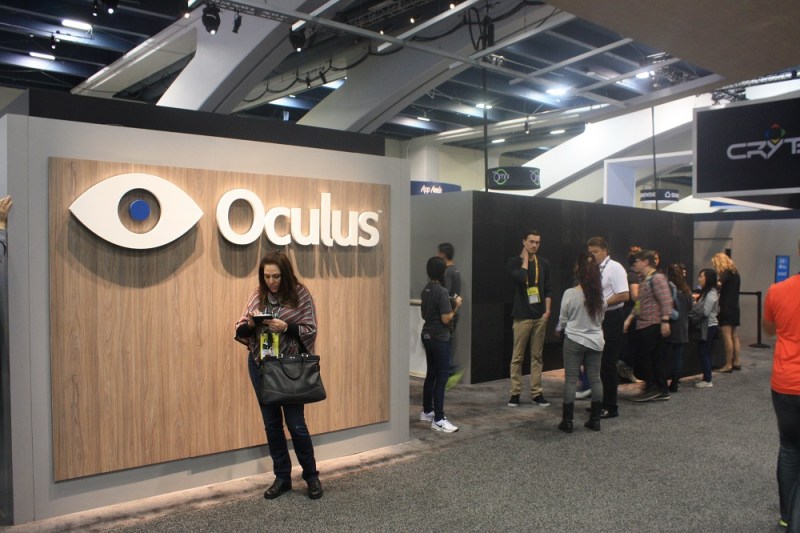 Above: The lines for some of the Oculus Rift VR headset demos stretched around this booth multiple times.