The Game Developers Conference kicks off today as a virtual event featuring more than 550 talks on game development from Monday through Friday. And GDC announced that next year’s event will return to San Francisco as an in-person event on March 21 to March 25, 2022.

GDC, owned by Informa Tech, is a paid event that features game dev pros talking about the art and science of making games. It’s the 35th edition of the event, and this week’s proceedings are the real meat of the event that was split into two parts — one in March and one this week — because of the pandemic, said Katie Stern, who oversees the GDC as vice president of entertainment media at Informa Tech, in an interview with GamesBeat.

GDC 2021 is intended to be the most accessible GDC yet and is designed from top to bottom to take advantage of the virtual platform, offering a week of lectures, tutorials, roundtable discussions, and more. The virtual conference offers live sessions including fireside chats, Q&As, and podcasts, featuring top names in the video game industry.

“We’re really excited about it,” Stern said. “It’s starting to feel like the GDC proper that we all know and love. We’ve got over 500 talks and so it’s much more on a scale with a traditional GDC that we would see in person in March.”

Earlier this year, the March event was considered more like a taste of GDC for those who are new to it, Stern said. That was a free event, while this week’s event is paid. 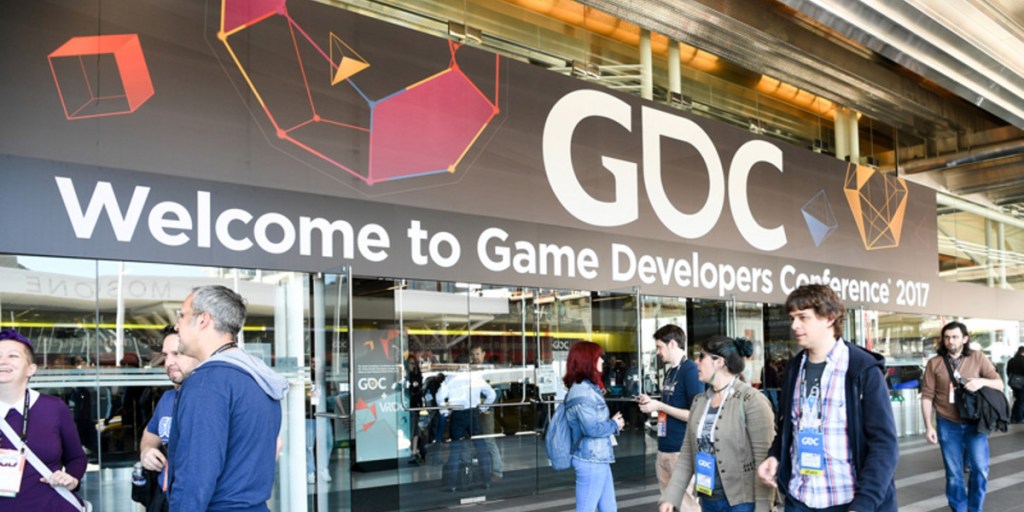 Informa Tech also announced that GDC 2022 will return as a physical conference at the Moscone Center in San Francisco from March 21 – 25, 2022. Submissions to present lectures, roundtables, and panels for the Core Concepts section of GDC 2022, spanning Wednesday through Friday of GDC week, will be accepted August 3 – 31, 2021.

Stern said the GDC considered doing this year’s event in person but it was too close to call when it came to committing to that early enough for the sponsors who build booths for the show. The world didn’t have enough clarity six months or more ago to actually pull off all of the preparations for an in-person event. But Stern said she was confident about being able to return to San Francisco in March 2022.

“We really wanted to be very cautious about how we approached this event. And we knew we’d probably be on the cutting edge or the bleeding edge of any kind of decision coming down the pipeline, particularly with the [California Governor Gavin] Newsom administration’s goals for the beginning of July being kind of the opening timeframe,” Stern said. “But we really wanted to make sure that we were doing the most responsible thing for the group and for the community at large. We do rely very heavily on an international audience, so we wanted to keep that in mind as well. There’s certainly a large number of folks who live locally and can travel easily. But we wanted it to be an experience that felt safe and welcoming for everyone and ultimately just came down to we probably need one more year of being virtual before we could open.”

While many counties in California are returning to requiring masks indoors, the state has generally opened up for most activities.

“It’s really refreshing how the industry is feeling about business right now. People are starting to get back in person,” Stern said. “Business is starting to rebound a little bit more.”

Stern said this week’s talks will cover diverse tracks of game development topics, such as design, business and marketing, visual arts and game narrative, classic games postmortems led by the developers of the classics, Quake and Star Wars Galaxy, opportunities for game career development, and much more. Doom and Quake co-creator John Romero will play a live Quake match with JP Lebreton on Friday in a new feature dubbed GDC Plays. It takes place on Friday at 11:50 a.m.. The always-emotional #1ReasonToBe panel about diversity in gaming takes place at 8:30 a.m. on Friday.

The conference will host the multipart presentation The Developer’s Impact delivered by esteemed game creators Lyndsay Pearson (executive producer for The Sims at EA Maxis), Ziba Scott (optimist and popcannibal), and Osama Dorias (lead game designer at Warner Bros. Games Montreal). These talks were originally scheduled for 2020 but were derailed because of the pandemic.

“We’re really glad we were able to invite some of those speakers back that were impacted when” GDC had to abruptly cancel its event in March 2020.

Above: Katie Stern runs the GDC.

Both will take place back-to-back on Wednesday, July 21 beginning at 4:30 p.m. Pacific time. The GDCA ceremony will also present the special honors of the Pioneer Award to Tom Fulp, creator of Newgrounds, and the Lifetime Achievement Award to Laralyn McWilliams for her influence as a game designer during the past 28 years. McWilliams is a cancer survivor as well as a key creative developer behind titles such as Free Realms, Full Spectrum Warrior, Over the Hedge, and Sid Meier’s Pirates!.

A lot of the talks will focus on accessibility for video games and how to make the industry more welcome for diverse developers as well as making games for diverse audiences. The sessions will offer both closed captions and video on demand in three additional languages, including Mandarin, Japanese, and Spanish for the first time.

“What we’re really starting to see is a bit of recharge, with interesting discussions around monetization models and the discoverability of games,” Stern said. “How do you surface above the noise? And how do you predict how well things are going to perform with so much accessibility?”

The conference will also introduce the inaugural Game Maker’s Sketchbook Gallery, a new annual arts showcase to promote and honor a broad spectrum of art by specific artists in video games cofounded by The Academy of Interactive Arts and Sciences (AIAS), creative production company iam8bit, and communications firm, fortyseven (47).

Stern said that the GDC had more time this year to adapt to the full virtual format, and that enabled it to do stage so many talks. She expects the crowd to surpass 8,000 people to 10,000 overall, which is smaller than the nearly 30,000 or so that come to the in-person event.

Those interested in GDC 2021 can still register to attend now from home, throughout the end of the conference at the official GDC website. Some GDC stalwarts pulled back on participation. Google Play and Google Stadia held their own summits last week as online events, and Epic Games has five different sponsored sessions at GDC but it doesn’t have its typical sponsored keynote event. Stern said Google wanted their audience to have no paid admission requirement, while GDC requires that for its event.

“We really keep it to the practitioners in the room. So we feel really strongly about that,” Stern said.

“We’re pleased with the level of support we’ve gotten from the sponsor community for this virtual event,” Stern said.