Virtual reality has the attention of game developers. A survey by the Game Developers Conference shows that 16 percent of all developers are working on VR titles for 2016, compared with just 7 percent a year ago.

In its fourth annual state of the industry survey, the GDC — the big game developer event that draws about 26,000 people to San Francisco in March — found that PC and mobile games are still the top platforms for developers, but VR is growing fast. 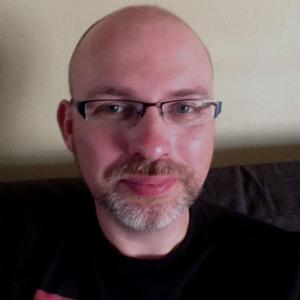 The survey was organized by UBM Tech Game Network, the owner of the GDC, and it is based on the feedback of 2,000 game developers from around the world. The GDC 2016 takes place from March 14 to March 18 at the Moscone Convention Center in San Francisco.

“This year, VR is the thing that more developers want to do,” said Simon Carless, group executive vice president of UBM Tech, in an interview with GamesBeat. “It hasn’t taken over, but it has grown fast.”

Samsung launched its Gear VR mobile headset in November. And more VR devices are coming this year, including the Oculus Rift and the HTC Vive on the PC and the PlayStation VR on the PlayStation 4.

Looking to the future, 15 percent of developers say their next game will incorporate VR, up from the 6 percent who said so a year ago. In order of importance, the majority of VR developers are developing games for the Oculus Rift. The second platform for VR development is the Samsung Gear VR, followed by Google Cardboard, PlayStation VR, and the HTC Vive.

“You could argue that is about who has the most developer kits in the market,” Carless said. “Oculus has the advantage there.”

Separately, 38 percent predicted that VR/AR hardware would be in 10 percent of U.S. households by 2020. 86 percent say it will happen by 2030, and roughly 9 percent figure it will never happen.

Nearly 90 percent of developers believe that esports is a sustainable, long-term business. This represents an 8 percentage point jump from the 79 percent of respondents who affirmed the same position last year.

On the mobile front, Android and iOS are now nearly equal in ongoing app development, with 55 percent of respondents making Android games and 56 percent saying they are making games for the iOS.

57 percent of responding developers are working without a publisher, versus 24 percent who are (20 percent said they work at a publisher).

As for the GDC itself, the event is still targeting 26,000 attendees and 500 sessions.

“We’re really excited about it,” Carless said. “It s our 30th show, and the industry has so much interesting stuff going on right now.”