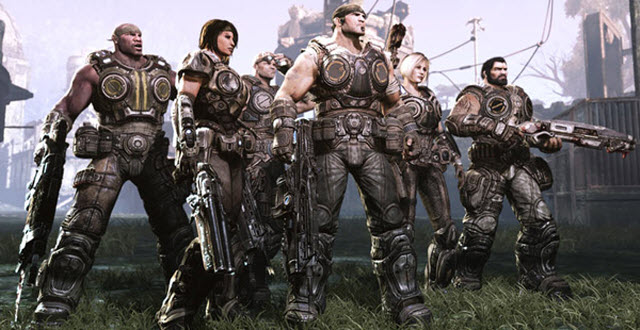 Microsoft said today that its Xbox 360 video game console was the best-selling console in the U.S. for the ninth consecutive month. That, and the good reception for Gears of War 3, an exclusive for the Xbox 360, helped push the company’s game revenues upward.

Gears of War 3 sold more than 3 million copies in its first week with initial sales starting on Sept. 20. The sci-fi game franchise (pictured above) had already sold 13 million units, so the additional sales pushed the lifetime sales of Gears of War to 16 million units, or $960 million at retail. Pretty soon, you can expect that amount to top $1 billion.

For the third quarter ended Sept. 30, Microsoft reported revenues for Entertainment and Devices (which sells games, retail software, Zune, and Windows Phone 7 software) were $1.96 billion, up from $1.79 billion a year earlier. Operating income was $352 million, down 9 percent from a year ago.

Bill Koefoed, general manager of investor relations at Microsoft, said in an analyst call that gaming remains an important part of living room entertainment and that the company will soon launch TV entertainment on Xbox Live. Among the big titles coming this fall are Forza Motorsport 2, Kinect Sports 2, and Halo: Combat Evolved Anniversary. All told, more than 70 games using the Kinect motion sensor are coming this season.